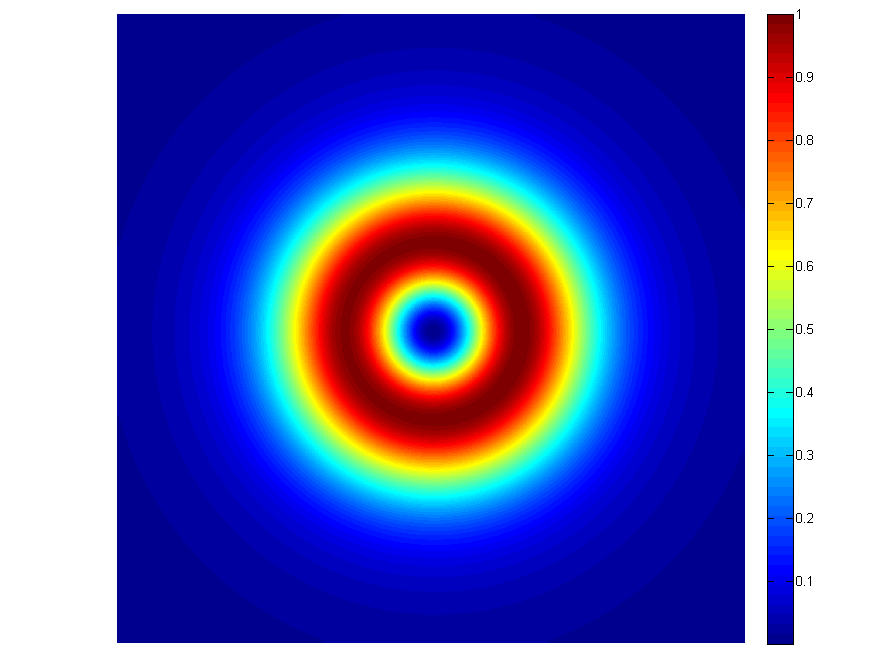 Vortex beam generation in laser beams is possible thanks to a unique type of diffractive optical element. If the transverse pattern of the beam is described with polar coordinates, a vortex beam is a beam whose phase profile is characterized by a constant phase value along the radial coordinate whilst the phase changes with the angular coordinate.

If we were to plot this phase structure in three-dimensional space, this phase pattern would resemble a spiral staircase. It is for this reason that the diffractive optical element for vortex beam generation is also referred to as a spiral phase plate.

When a beam with this phase distribution is brought to a focus by inserting an optical lens, the point spread function, that is, the focal spot exhibits a rather unique irradiance distribution. There will be a hole of zero energy right in the middle of the beam. In a conventional Gaussian beam the center of the focused spot in the area has more energy so this type of beam distribution arising from vortex beams really stands out from the rest.

There are many applications in which this type of beam focal distribution can be harnessed. In astronomy, for example, the point spread function of the imaging instrument can be modified in certain ways such that the light from a very bright object, like a star, can be blocked whilst leaving the light from neighboring objects unaffected. This type of astronomical instrument is called a coronagraph.

Vortex beam generation can also find applications in microscopy, especially when high resolution is needed. There is a technique referred to as stimulated emission depletion, or STED, microscopy in which a vortex beam is used to create a doughnut-shaped irradiance pattern that encloses the imaging spot. This imaging spot in turn comes from another channel wavelength. The purpose of creating the extra enclosing beam, the one with the doughnut shape, is to deplete the fluorescence in most of the imaging beam spots, leaving only the middle of the donut such that in that specific wavelength a subwavelength spatial resolution can be attained.

This same principle can be harnessed in optical lithography in which there has always been a demand for the generation of smaller features in integrated circuits.