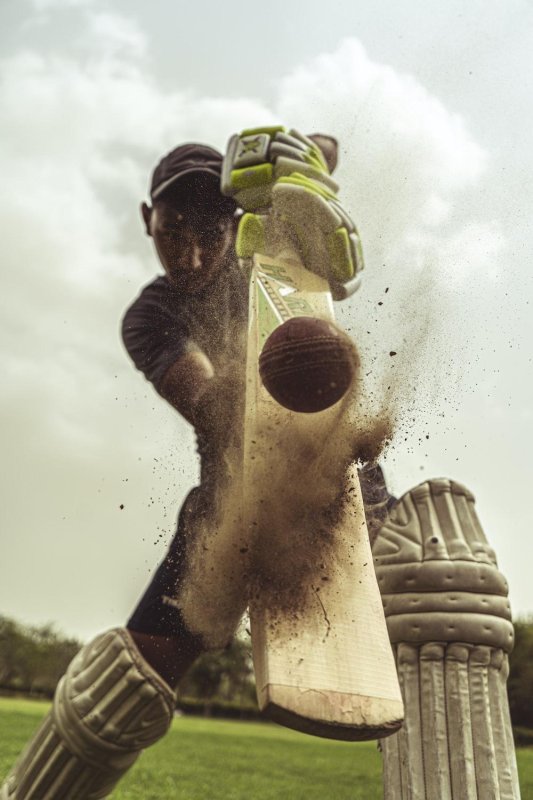 2022 has already provided sports fans with a plethora of sublime action, with another inclusion coming in the form of the T20 Cricket World Cup set across Australia from October to November that is sure to provide fans of the sport with a great number of highlights and talkative moments featuring the very best cricket stars that the sport has to offer.

Since the competitions’ inauguration back in 2007, the ICC Men’s T20 World Cup has provided cricket fans with a multitude of impactful moments in prior renditions, with the 2022 event being amongst the most highly anticipated sporting tournaments of the year.

The excitement surrounding the competition and its opening few encounters is palpable and there is expected to be a vast number of spectators that are eager to book their place at the numerous state-of-the-art stadiums and grounds that the great cricketing nation of Australia so often provides.

The most successful nation in the competitions short yet illustrious history remains to be the West Indies who are the only side to have won the competition on two separate occasions which came back in 2012 and 2016 respectfully.

Last year’s winners, Australia are looking to complete this rare accolade with a winning campaign in front of their own hosting nation fanbase with the Aussie’s previously beating their neighbouring rivals New Zealand by eight wickets in last year’s T20 finale, which was hosted in the United Arab Emirates and Oman.

This year’s final will be played at the historic and vastly prestigious Melbourne Cricket Ground, which remains as a must visit on any sporting fans’ bucket list of stadiums to attend, with the atmosphere sure to be riled up to the maximum as fans will await to witness the new World Champions of the 2022 event.

Which teams are expected to be the perennial favourites this year?

Sports fans can now place their wagers in play with the latest T20 betting odds on the renowned sportsbook 888 Sport, which provides a full listing on the true outright favourites for the 2022 ICC Men’s T20 event.

The hosting nation and defending World Champions Australia rank as the out and out favourites to win the competition for a second time, with odds as high as 3/1 winners.

One of the key pieces to the Aussie line-up will come in the form of their respected batsman David Warner who is a three-time winner of the Allan Border award as well as being one of the most highly rated active cricket players in the game today since making his official international debut back in 2009.

Alongside the likes of test captain and bowler Pat Cummins as well as other star names such as all-rounder Glenn Maxwell and fellow bowler Josh Hazlewood, Australia are looking to stake their case amongst the world’s elite all-time squad of players for another major T20 World Cup competition.

The 2010 winners England are also ranked highly in the latest odds at 7/2 with the side bolstering a potential breakout talent in the form of all-rounder Liam Livingstone with many publications and pundits alike believing that the 29-year-old from Cumbria is expected to have a major impact on improving England’s chances of winning a T20 World Cup this year.

England are expected to be a major contender for the competition this year and the odds certainly state the ‘Three Lions’ worth on winning the coveted T20 World Cup trophy.

Another major contender could remain in the form of India at 33/10 odds, who also house a monumental talent in the form of bowler Jasprit Bumrah, a name that many pundits may state can have the greatest chances of claiming the most wickets.

Other notable contenders for the World Cup trophy include Pakistan at 6/1, South Africa at 7/1 and last year’s runners-up New Zealand at 8/1.

There is still a mass debate on which teams are expected to contend at the top level for the T20 crown as well as fans pondering on which other nations could potentially cause a major upset or be listed as dark horse contenders for a chance at winning the overall competition.

Some of the most intriguing underdogs are likely going to come in the form of Bangladesh (80/1), Sri Lanka (20/1) and the competitions most successful team the West Indies at 12/1, which could entice more punters to keep a watchful eye on these cricket-mad nations of whom are sure to provide for great viewing.

The overall hype and attention surrounding the competitions starting contest on the 16th of October through to the championship game which concludes on the 13th of November, is ranked as the marquee time to be a cricket fan as there be a near full month of excellent action featuring the very best names that the sport has to offer.

Australia is sure to be a tremendous setting for the T20 World Cup and there is a strong chance that plenty of surprises could be in store for sporting fanatics and major betting punters to remain updated on.

Overall, the T20 World Cup is simply an unmissable event that every sports fan should aim to have lodged on their calendars and be sure to tune in for games on a regular occurrence.

This is arguably the greatest prize available across professional cricket and the event is still heavily touted and vastly watched across the world, a tremendous event worthy of any sports fans’ attention and interest.