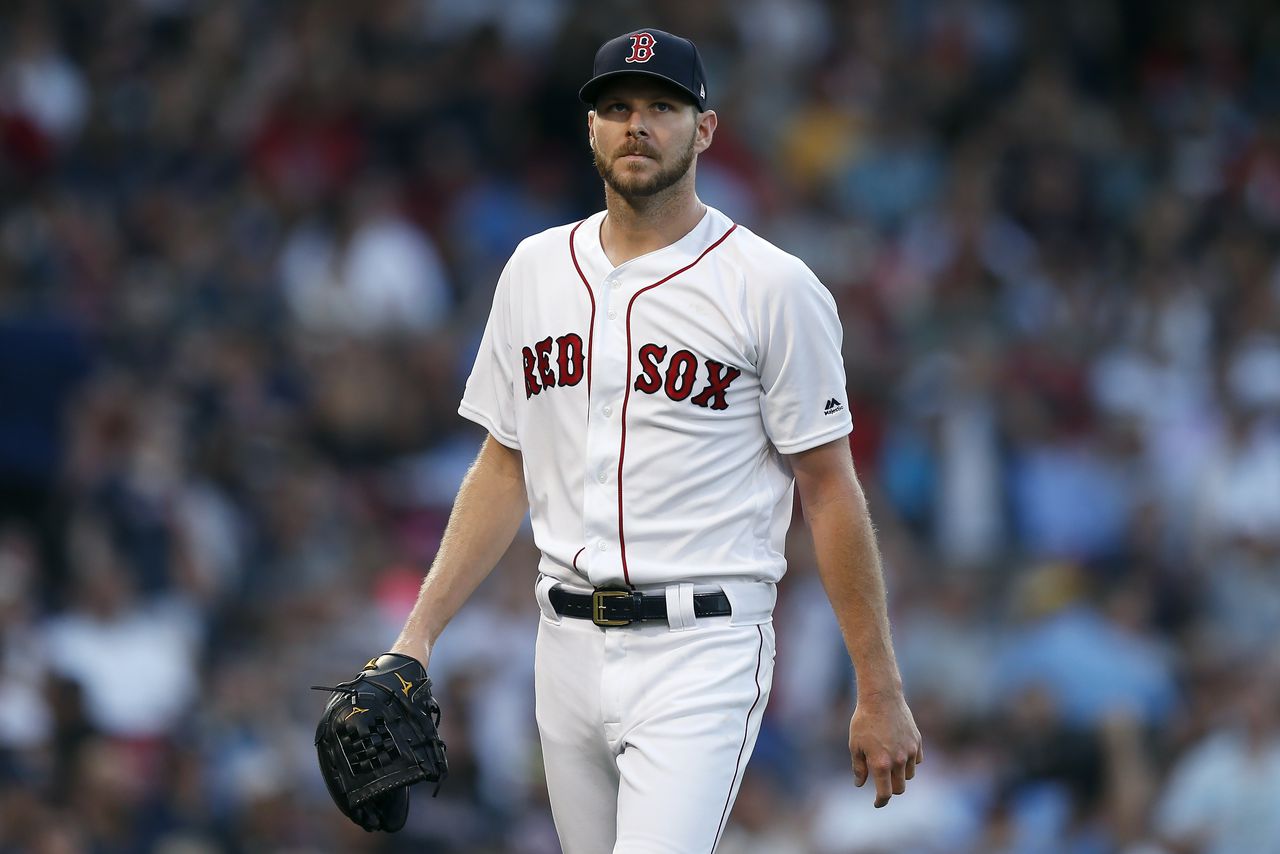 After a 92-win and a trip to the American League Championship Series, the Boston Red Sox entered 2022 with high expectations. But they’ve been far more of a pretender than a contender in the first month of action.

According to the latest MLB betting trends, the Red Sox are falling further and further from their previous status as a playoff hopeful. With a 10-18 record in a division with three other standout clubs, it would be a surprise to see Boston dig itself out of its early-season hole.

The Red Sox have been forced to play their first 28 contests without starting pitcher Chris Sale. Unfortunately, they’ll have to wait a little longer following another setback.

Chris Sale Suffers Another Setback While Recovering From Injury

Sale has been a victim of a few arm injuries, including one that resulted in Tommy John Surgery in 2020. However, the 33-year-old lefty is on the shelf with a fractured rib cage suffered during a training session in February.

Boston’s chief baseball officer Chaim Bloom announced a minor medical issue had forced Sale to take a brief hiatus from throwing. According to Bloom, it’s not an orthopedic or COVID-19-related issue.

Sale opened the season on the 60-day Injured List, making him ineligible to return until June 7 at the earliest. However, his setback could result in a later return date, perhaps sometime in July.

A few years ago, Sale was widely regarded as one of baseball’s elite starting pitchers. However, he’s made nine total starts since August 13, 2019, and hasn’t completed a full season of action since 2017, his first year in Boston.

Following their World Series victory in 2018, the Red Sox signed Sale to a lucrative five-year, $145 million extension. He is still under contract through 2024 with a vesting option through 2025.

Sale’s Injury Update is Another Blow to the Red Sox

Given Sale’s injury status heading into the season, it was reasonable to expect a slight departure from last year’s overall success. However, the 2022 Red Sox season has been a nightmare, to say the least.

Through the first month of action, the Red Sox are 10-18. That’s worse than the Baltimore Orioles, a division foe who went 52-110 last season. Their minus-22 run differential is the sixth-worst in MLB and the third-worst in the American League, ahead of the eight-win Kansas City Royals and Detroit Tigers.

There are a few places to point the blame for Boston’s dreadful start. The Sox have scored 93 runs, the same amount as the 4-23 Cincinnati Reds. Trevor Story is at the heart of their offensive woes, hitting a mere .202 with no home runs and a team-high 32 strikeouts.

Pitching has also been a sore spot, particularly in the bullpen. Boston’s relievers have a combined 4.42 ERA, the fifth-highest mark in MLB. The team has yet to land on a permanent closer either, with five pitchers earning a single save.

Not to mention, Michael Wacha is now on the Injured List. The veteran has been one of Boston’s best hurlers, going 3-0 with a 1.38 ERA.

Can the Red Sox Turn Things Around?

There have been many instances of slow-starting teams turning a corner as the year goes on. Just last year, the Atlanta Braves were under .500 until early August before going on a run that resulted in a World Series title.

However, not even the Braves were in as deep of a hole as this year’s Red Sox.

For Boston to match last year’s 92-70 record, it must go 82-52 the rest of the way. That .612 winning percentage is approximately that of a 99-win team throughout an entire MLB season.

We’ve seen crazy turnarounds in baseball before. But the Red Sox will have to play at close to a 100-win pace just to reach last year’s record. They could still make the playoffs with 80-something wins, but they would need at least two of their division foes to regress significantly.

Boston should get a boost from Sale’s eventual return and Story’s return to normalcy. But the Sox will need a lot more help if they want to make the playoffs.