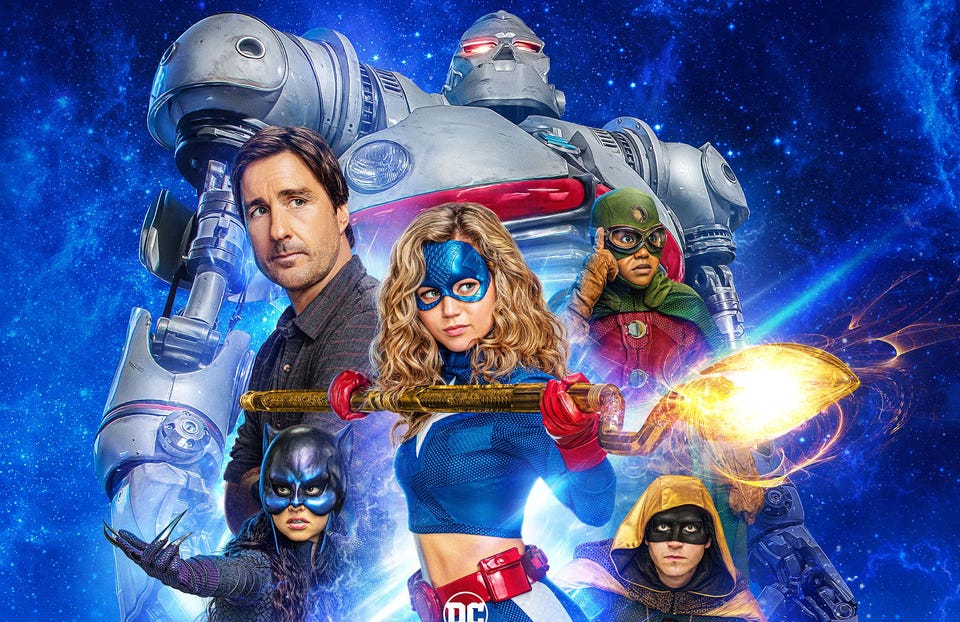 There’s no doubt that Stargirl, the young superheroine, is a modern interpretation of a heroine. There are so many things about her that make her different from the more old-school, typical superheroes that came before. The most important and defining difference, however, is how well-adjusted she is in her life, both as a regular person and as a heroine.

Stargirl is the main character of the DC show by the same name, which was created by Geoff Johns. This is the superheroine alias of a young, high school girl whose real name is actually Courtney Whitmore. What’s incredible about her is that her youth doesn’t stand in the way of her being one of the most well-adjusted superheroes.

The first sign of how well-adjusted Courtney is is that she actually has friends. It’s common for superheroes to either be so absorbed in their hero work or so antisocial that they don’t have many friends if any at all. However, this isn’t the case with Courtney at all. She has several friends that she gets along with very well.

Not only that, but they end up joining her on her superhero journey by joining a hero collective led by Stargirl, known as the Justice Society of America. Their friendship serves as a strong foundation for their hero work because people who get along are much more likely to work well together, and heroes working well together is imperative for them to succeed in their heroic endeavors.

She Loves Her Family

An important reason why Stargirl is so well-adjusted is her relationship with her parents. She doesn’t have a tragic family history or present, which is common in other hero stories. She gets along very well with both her stepfather and mother. It’s obvious by the way they comfortably interact and have open discussions with each other that they love one another very much.

Like her friends, Stargirl can rely on her family to help her in her heroic endeavors. Both of her parents are eventually in on her not-so-secret heroic secret and try to help her as best they can to achieve her goals. This is especially helpful to her because her stepfather actually used to be a superhero sidekick when he was younger, so he can teach her the ropes and help her become the best superheroine she can be.

She Has Common Concerns

Being well-adjusted humanizes Stargirl in a way most superheroes aren’t. She goes to school like a regular girl and has common concerns that viewers and fans can relate to. This causes people to empathize with her a lot more easily.

Courtney openly shares and displays her affection and care towards her friends and family, which is relatable and lovely to see. Her whole world isn’t consumed with her heroic work. In other words, she’s not a workaholic, which is common among superheroes. She’s a multidimensional, multifaceted character. The many ways in which Stargirl subverts expectations make her a very interesting and engaging superheroine to watch.