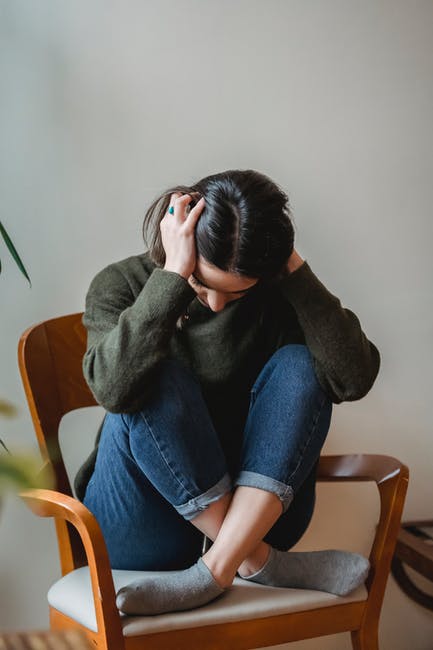 This article will explore the contrasts between the two. By understanding the differences between CPTSD vs. PTSD, you can be better equipped to seek help if you or someone you know is struggling with either condition.

Complex Post-Traumatic Stress Disorder (CPTSD) is a disorder that can develop after someone experiences a traumatic event. It can cause a variety of symptoms, including flashbacks, nightmares, and avoidance of anything that reminds the person of the trauma. People with CPTSD may also have difficulty regulating their emotions, and may feel numb or disconnected from others.

CPTSD is caused by a variety of traumatic events, including:

War: War is one of the most common causes of CPTSD. Experiencing combat, witnessing atrocities, and being a victim of violence can all lead to the development of the disorder.

Natural disasters: Earthquakes, hurricanes, and other natural disasters can also cause CPTSD. These events can be especially traumatizing if they result in the death or injury of loved ones, or if they cause widespread damage to property.

Childhood abuse: Childhood abuse, whether it’s physical, sexual, or emotional, is a common cause of CPTSD. This type of abuse can leave lasting psychological scars that can make it difficult to cope with life’s challenges in adulthood.

The Symptoms of CPTSD

The symptoms of CPTSD are divided into four main categories:

Intrusive thoughts are recurrent and unwanted memories of the traumatic event. They can come in the form of flashbacks, which are vivid, intrusive memories that can make a person feel like they’re reliving the trauma. Flashbacks can be triggered by anything that reminds the person of the event, such as a certain smell or sound.

Nightmares are another type of intrusive thought. They often involve the person reliving the trauma and can feel so realistic that they wake the person up from sleep.

People with CPTSD often want to avoid anything that reminds them of the trauma. They may try to numb themselves with alcohol or drugs, or they may withdraw from friends and family. They might also avoid certain places or activities that remind them of the event.

Negative Changes in Cognition and Mood

People with CPTSD often have negative changes in their thoughts and mood. They may feel hopeless, helpless, or worthless. They may also have difficulty remembering details of the event, and may blame themselves or others for what happened.

Changes in Physical and Emotional Reactivity

People with CPTSD may startle easily and have trouble sleeping. They may also have problems with concentration and memory, and may be irritable or have outbursts of anger. Physical symptoms, such as stomach pain and headaches, are also common.

There are a variety of treatment options available for people with CPTSD. Psychotherapy, medication, and support groups are all effective ways of managing the symptoms of the disorder.

Psychotherapy: Psychotherapy, also known as counseling or talk therapy, is a key part of treatment for CPTSD. It can help people process their trauma and learn new coping skills.

Medication: Medication is used to treat the symptoms of CPTSD, such as depression, anxiety, and insomnia.

Support groups: Support groups provide a space for people with CPTSD to share their experiences and connect with others who understand what they’re going through.

PTSD stands for post-traumatic stress disorder. It’s similar to CPTSD, but it’s usually caused by a single event, such as a car accident or natural disaster. The symptoms of PTSD can be mild or severe, and usually start within three months of the event.

PTSD symptoms are also similar to CPTSD, and include feelings of irritability, flashbacks, and avoidance. PTSD and substances are linked as well. If a person deals with PTSD, they’ll often develop a substance abuse disorder.

Treatment for PTSD is slightly different from CPTSD. It includes methods such as cognitive behavioral therapy, medication, and eye movement desensitization and reprocessing (EMDR).

This type of therapy helps people understand and change their thoughts and behaviors. It can be used to treat a variety of mental health conditions, including PTSD. During cognitive behavioral therapy, patients will work with a therapist to identify and challenge negative thoughts about themselves and the world. They will also learn new coping skills to deal with their symptoms.

Medication is often used to treat the symptoms of PTSD. Antidepressants, such as selective serotonin reuptake inhibitors (SSRIs), are commonly prescribed to help with symptoms such as depression and anxiety. Prazosin is a medication that’s sometimes used to treat nightmares.

EMDR is a type of therapy that’s used to treat PTSD. It involves using eye movements or other forms of sensory input to help people process and cope with their trauma. EMDR has been found to be an effective treatment for PTSD, and can help people reduce their symptoms.

CPTSD vs. PTSD: The Key Differences

PTSD and CPTSD are both mental disorders caused by a traumatic event. They share many symptoms, but there are some key differences between the two disorders.

Individuals with CPTSD may startle easily and have trouble sleeping, while people with PTSD may have intrusive thoughts and be constantly on guard.

Physical symptoms, such as stomach pain and headaches, are common in CPTSD, while they are less common in PTSD.

To read more content like this, feel free to check out more of our blog posts. Have a great day!