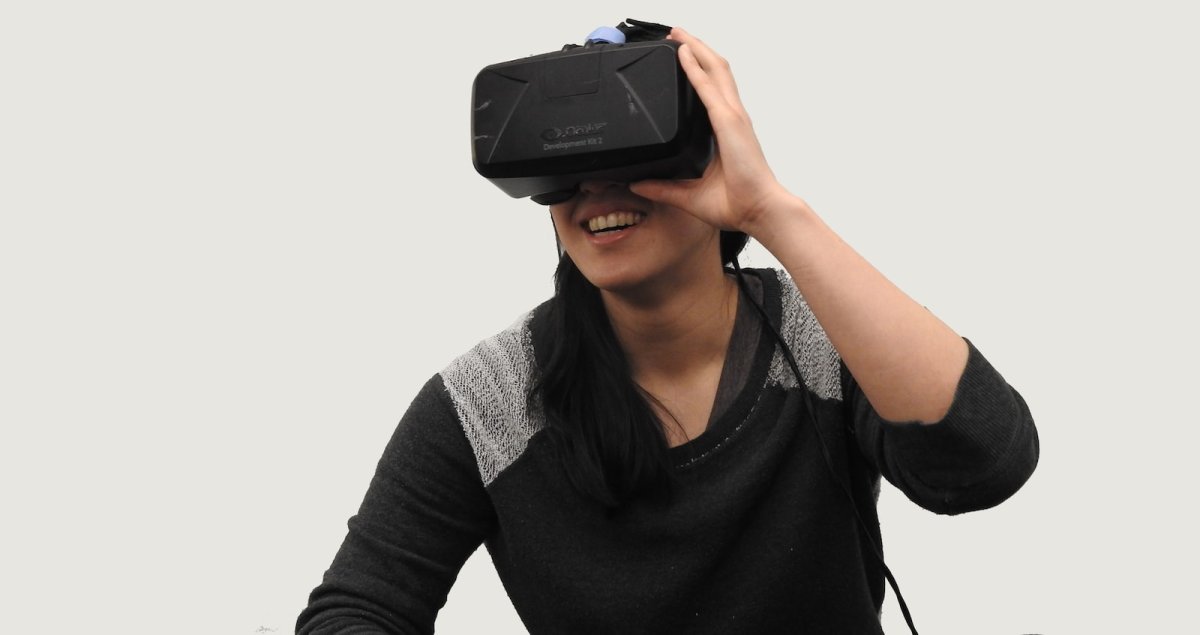 Virtual reality (VR) is a computer-generated environment that can be similar to or entirely different from the real world.

VR technology is actively used for entertainment purposes, such as video gaming and movies. However, it is also gaining popularity in other industries, such as architecture, education, and healthcare. VR creates a 3D environment that you can interact with using special equipment, such as a headset with a built-in screen or gloves with sensors.

The goal of VR is to provide an immersive experience that feels real. This can be achieved by stimulating your senses, such as sight, sound, and touch. You may also be able to interact with the virtual environment in a realistic way, such as picking up objects or moving your body.

While VR has many potential applications, from gaming and entertainment to education and training, its most significant impact may be on human social interaction.

Virtual reality games provide players with the ability to immerse themselves in alternative universes and experience things that they could never experience in the real world. For example, VR games can transport players to ancient Rome or the bottom of the ocean. They can also allow players to experience things that are not possible in the real world, such as flying or fighting intergalactic battles. In addition, VR games can help players to better understand the world around them. For example, by playing a game set in a war-torn country, players can gain a greater understanding of the horrors of war.

Today, VR games are used in a variety of industries, from tourism to healthcare.

In the tourism industry, VR games are used to give visitors a taste of what it would be like to travel to a new destination. For example, some VR games allow players to explore ancient ruins or experience the sights and sounds of a new city.

VR games are also being used to train surgeons and other medical professionals.

VR games are becoming increasingly popular as a way to promote social interaction. By allowing players to enter a virtual world where they can interact with others, VR games provide a unique opportunity for people to connect with one another.

In addition, VR games can help people to overcome shyness and social anxiety. By providing a safe and supportive environment where people can interact with others without judgment, VR games offer a valuable tool for promoting social interaction.

Recent studies have shown that there are actually many benefits to playing video games, especially those in the virtual reality (VR) genre. By stimulating all of the senses, VR games can help to improve hand-eye coordination, depth perception, and spatial awareness. In addition, VR games can also help to improve reaction time, and problem-solving skills as well as increase levels of focus and concentration. As VR technology continues to develop, we can expect even more benefits for the human brain.

Some studies have shown that VR games can cause dizziness, nausea and even eye strain. In addition, VR games can also lead to obesity and inactivity. Players who spend hours sitting in one place while playing VR games are at risk for weight gain and other health problems associated with sedentary lifestyles. And because VR games are so immersive, players may not even realize how much time they’re spending playing them.

In addition to negative impact on physical health, VR games can also influence negatively on mental health. Those people who spend a lot of time playing VR games can increase anxiety and fear, and trigger claustrophobia and panic attacks. Besides,they can make people more aggressive and less empathetic.

VR games are designed to be highly engaging and provide a lot of immediate gratification. This can create a powerful rewards system in the brain that encourages people to keep playing. The problem is that this same rewards system is also associated with other addictive behaviours, like gambling and substance abuse. As people continue to play VR games, they may start to develop some of the same patterns of behaviour that are seen in other types of addicts.

Losing the sense of reality

Playing VR games can lead people to lose touch with what’s real. When you spend hours immersed in a virtual world, it’s easy to start forgetting that the people you’re interacting with are just avatars and that the world around you isn’t really there. As a result, you can become disconnected from the real world and the people in it.

While VR games can be great fun, it’s important to be aware of the potential risks too. If you find yourself losing track of what’s real and what’s not, it might be time to take a break from VR gaming and reconnect with the world around you.