I can’t imagine anyone telling me they actually like doing a plank. Maybe there are a few fitness junkies out there that love to plank, but most of us just think about the pain and then decide we don’t need superior abs.

However, the Stealth Core Plankster aims to change that pain and make it possible for more of us to showcase a six-pack. All we need to do is play games while we do our planking so we don’t think about the pain. For the chance at strengthening my core and the promise of games — I thought I would give it a try. Here’s what I found out.

The company’s founder is a personal trainer with multiple decades of helping clients see the benefits of planking. He watched multiple clients dread the plank and wanted to find a way that it would make more people like it. The product was developed with the help of the team behind the ab roller.

The Stealth Core Plankster is a padded board on top with a sphere on its underside. This design provides the mechanism that allows you and the board to swivel from side to side or up and down while maintaining a plant position. It is also supposed to help you maintain the correct plank form to optimize the results.

Then, the top of the board has four sticky pads that can hold your smartphone (iOS or Android) in place while you use the Stealth app, which creates the interactive fitness board part of the experience.

The company claims it will help users train their abs and core muscles by targeting 29 muscles. Results like a toned midsection and improved flexibility are also supposed to happen just by doing as little as three minutes a day.

The Stealth app provides the games that are intended to keep you entertained while you plank. It offers many types, starting with a simple one that uses your smartphone’s accelerometer to move a target sight over dots that appear on the screen.

While you can figure out how to cheat, you miss out on doing well at the game and at the planking, which is why you bought it in the first place. Trying to figure out the game and get better at it distracts you from the work of planking and keeps you in the plank position than if you had nothing to think about except the pain. 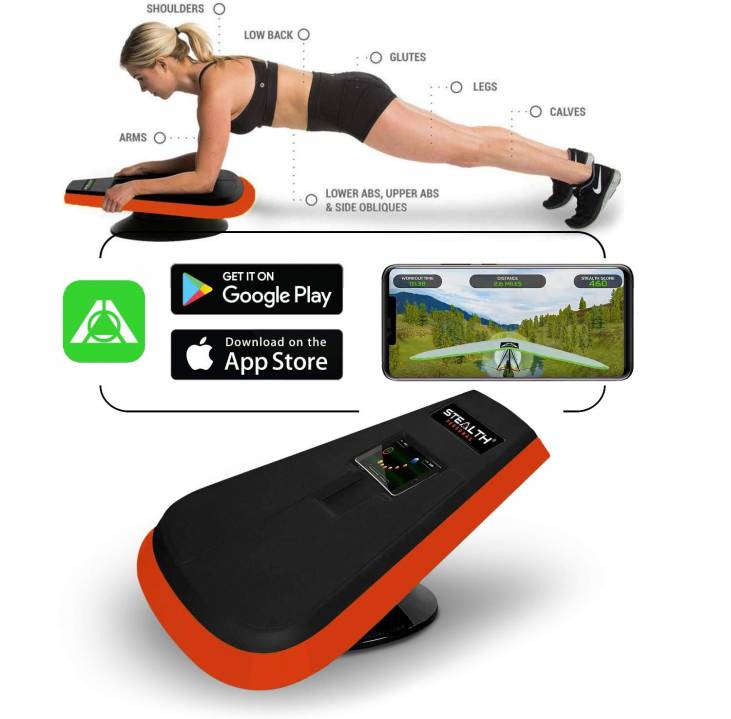 I quickly moved from my under a minute plank that I would do on my own to close to two minutes just with the first game on the app. Within the first few weeks, I was planking for upwards of five minutes. The entertainment value and ability to do more planking were pluses.

One downside is that there are a limited number of games right now as the company works on making more. As with everything, the games lose their fun after a while — we need more games — and quickly. I’m not even sure it matters what the game is, I just need a distraction.

The Stealth Core Plankster comes on its own but does have directions on how to download the app.

Priced at $99, you can buy it from Stealth website as well as from sites like eBay and Amazon.

Editor In Chief at ReadWrite

Brad is the editor overseeing contributed content at ReadWrite.com. He previously worked as an editor at PayPal and Crunchbase. You can reach him at brad at readwrite.com.

Walnut Secures $2.5M in Seed Round Led by NFX to Enable Remote Sales

How To Keep Work-From-Home Teams Engaged

Alphabet, shareholders settle in lawsuits over sexual harassment at Google

5 Powerful Self-Care Ideas for When Life Is Stressful

How This Personal Safety Startup is Protecting Teams from COVID-19

What Software Does Every Small Business Need?