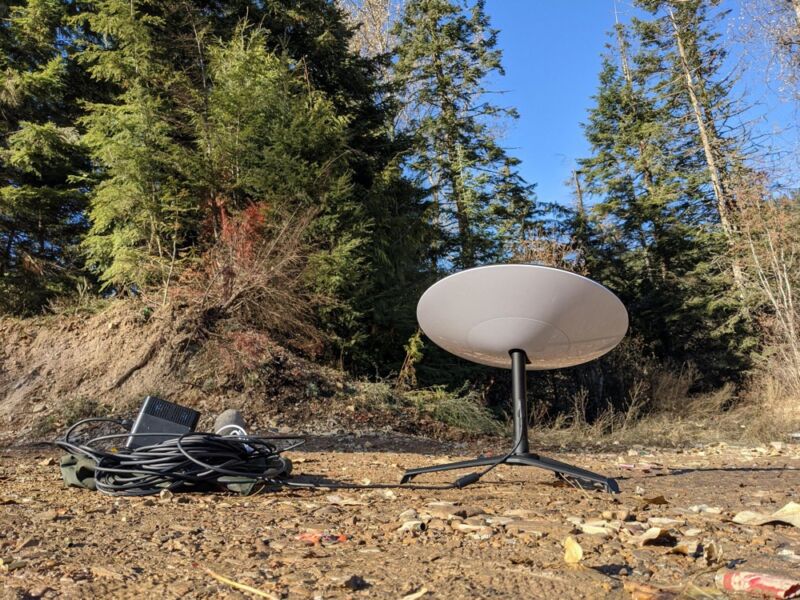 SpaceX has been awarded $885.51 million by the Federal Communications Commission to provide Starlink broadband to 642,925 rural homes and businesses in 35 states. The satellite provider was one of the biggest winners in the FCC’s Rural Digital Opportunity Fund (RDOF) auction, the results of which were released today. Funding is distributed over 10 years, so SpaceX’s haul will amount to a little over $88.5 million per year.

Charter Communications, the second-largest US cable company after Comcast, did even better. Charter is set to receive $1.22 billion over 10 years to bring service to 1.06 million homes and businesses in 24 states.

FCC funding can be used in different ways depending on the type of broadband service. Cable companies like Charter and other wireline providers generally use the money to expand their networks into new areas that don’t already have broadband. But with Starlink, SpaceX could theoretically provide service to all of rural America once it has launched enough satellites, even without FCC funding.

One possibility is that SpaceX could use the FCC money to lower prices in the 642,925 funded locations, but the FCC announcement didn’t say whether that’s what SpaceX will do. We asked SpaceX and the FCC for more details and will update this article if we get any answers. Starlink is in beta and costs $99 per month, plus a one-time fee of $499 for the user terminal, mounting tripod, and router.

Overall, the FCC announced $9.2 billion ($920 million per year) in funding for 180 bidders in 49 states and the Commonwealth of the Northern Mariana Islands. Windstream, Frontier, and CenturyLink were also among the winners.

Combined, the 180 providers will “deploy high-speed broadband to over 5.2 million unserved homes and businesses. Moreover, 99.7 percent of these locations will be receiving broadband with speeds of at least 100/20Mbps, with an overwhelming majority (over 85 percent) getting gigabit-speed broadband,” the FCC said. In addition to wireline and satellite, the winning ISPs included fixed-wireless providers.

The FCC had set aside $16 billion for this first phase of the RDOF but said it ended up covering nearly 99 percent of eligible locations with just $9.2 billion. Since the RDOF has $20.4 billion overall, there will be $11.2 billion available in the next phase of the RDOF.

“The auction used a multi-round, descending clock auction format in which bidders indicated in each round whether they would commit to provide service to an area at a given performance tier and latency at the current round’s support amount,” the FCC said. “The auction was technologically neutral and open to new providers, and bidding procedures prioritized bids for higher speeds and lower latency.” The FCC initially disputed SpaceX’s contention that its low Earth orbit (LEO) satellites can provide latency under 100ms but eventually relented.

No other LEO satellite providers are getting the FCC funding. Hughes, a traditional satellite provider, got $1.27 million over 10 years to serve 3,678 locations in Rhode Island but did not get funding in any other states. Hughes relies on geostationary satellites that don’t match Starlink on speed or latency, though Hughes is investing in LEO satellite operator OneWeb.

Like other universal service programs, the RDOF and Connect America Fund (its predecessor program) are paid for by Americans through fees imposed on phone bills. The first phase of the RDOF targets census blocks where there are no ISPs offering service with at least 25Mbps download and 3Mbps upload speeds.

That measure leaves out a lot of unserved homes because FCC data counts an entire census block as served even if only one home in the block can get service. The FCC has ordered ISPs to provide more precise data using geospatial maps and is on track to conduct the next RDOF auction after the data is collected. The $11.2 billion for Phase 2 would target partially served areas and unserved areas that didn’t get funding in the first round. Running a High-Tech Office: How to Keep Your Business Up-to-Date How to win online casino games?

Phishing scam had all the bells and whistles—except for one