On Monday, AT&T announced the end of data slowdowns for smartphone users who purchase “unlimited” data—but the perk is only for customers who buy AT&T’s most expensive mobile plan. AT&T will continue to sell two other “unlimited” plans that can be put into a slow lane.

AT&T advertises three “unlimited” plans, each with different limits. The Unlimited Elite plan’s advertised price is $85 per month for one line, while AT&T’s “Unlimited Extra” plan is $75, and the “Unlimited Starter” plan is $65.

None of those plans come with unlimited data of the high-speed variety, but that will change this week. In a press release that says customers will soon be able to “stay in the fast lane with unlimited high-speed data,” AT&T said that purchasers of the priciest plan “will now enjoy AT&T’s high-speed data regardless of how much data they’ve used.” AT&T said it will “start rolling out this enhancement this week and Elite customers everywhere will soon receive a text notifying them when the benefit has been added.” While the change will be made with no extra fees for people who already buy the most expensive plan, other people will have to pay more to get onto the only plan with AT&T’s new “fast lane” perk.

With yesterday’s newly announced upgrade, customers on Unlimited Elite should never be prioritized behind other AT&T users, even if they go way past the soon-to-be-lifted 100GB threshold. There was no announced change for the other two plans, so Unlimited Extra users will continue to face potential slowdowns after 50GB each month, while Unlimited Starter users will continue to face potential slowdowns at any time regardless of usage. Advertisement

AT&T is following in the footsteps of T-Mobile, which ended data slowdowns on its “Magenta Max” plan in February. T-Mobile still imposes thresholds of 50GB and 100GB before slowdowns on other plans. Verizon advertises entry-level unlimited plans that can be slowed down at any time and three pricier plans that come with 50GB of “premium” data before potential slowdowns.

AT&T ending its data slowdowns entirely when customers pay more demonstrates, if it wasn’t obvious already, that the limits aren’t necessary for network-management purposes. Imposing different levels of data slowdowns is one of the methods AT&T and other carriers use to create product differentiation among plans that all nominally offer “unlimited” data but cost different amounts.

Data service may still be fast enough to be usable when the limits are in place, but AT&T does not say what speeds customers should expect during slowdowns.

AT&T is also lifting the video-resolution cap on the Unlimited Elite plan, allowing 4K streaming instead of limiting videos to 480p (“DVD quality”) or regular HD. Currently, Unlimited Elite uses what AT&T calls “Stream Saver” to limit videos to 480p but provides a toggle that lets customers turn off Stream Saver and watch in high definition. Yesterday’s announcement said that AT&T is “upping the video resolution to 4K Ultra High Definition” on Unlimited Elite. Unlimited Extra and Unlimited Starter always limit video to standard-definition 480p, according to this AT&T page. AT&T did not announce any video-resolution changes for these plans.

AT&T is also increasing mobile-hotspot data from 30GB to 40GB on Unlimited Elite. Unlimited Extra will continue to have 15GB of hotspot data each month. Customers can technically keep using hotspot data after hitting those limits, but it’s throttled to 128kbps at most. Unlimited Starter does not include any hotspot data.

AT&T also provides a subscription to HBO Max with its Unlimited Elite plan and 5G access on all three unlimited plans. Advertisement

Better than it used to be

We’ve been writing about AT&T slowing down speeds on unlimited-data plans for a long time, and it used to be a lot worse. Until 2015, “AT&T customers who used 5GB of data in a single monthly billing period were throttled for the rest of the month at all times, receiving barely usable service, despite paying for ‘unlimited’ data,” as we wrote when AT&T implemented a more forgiving policy. The 2015 change ensured that “unlimited-data” users who exceeded 5GB would only be slowed down when the network was congested, similar to today’s policies but with a different threshold before potential slowdowns kicked in.

AT&T’s throttling practices were severe enough that the Federal Trade Commission sued the company for misleading customers, saying that AT&T made “unequivocal promises of unlimited data” while imposing “speed reductions of 80 to 90 percent for affected users.” As the FTC said in its October 2014 complaint, AT&T’s speed caps began at 128kbps in 2011 and were raised to 256kbps for 3G and HSPA+ devices and 512kbps for LTE devices in 2012. The FTC said the throttling affected 3.5 million customers.

Although AT&T loosened its slowdown policies, the telco claimed for years that the FTC had no jurisdiction over the company and tried to use its arbitration requirements to block class-action status in a lawsuit filed by customers. AT&T agreed to a $60 million settlement with the FTC in 2019 and a $12 million settlement in the class-action lawsuit in 2021. Throttled customers ultimately didn’t get much back, as the FTC settlement typically provided $12 for each person and the class-action suit provided another $10 or $11 but only applied to residents of California. 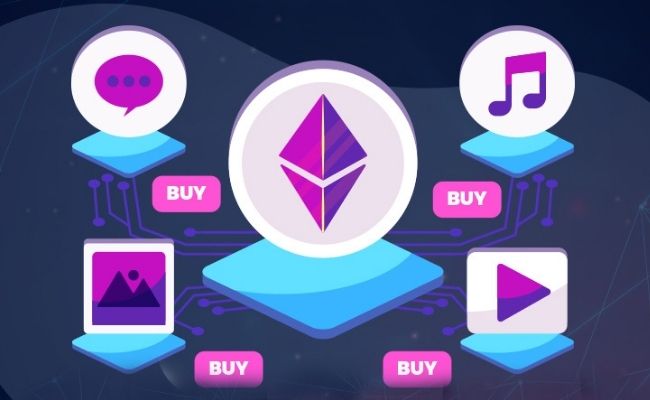 The right way to Create a Non-Fungible Token Purchase-Facet Companies and the Challenges of Disruptive Know-how

11 LinkedIn Posting Tricks to Get Viral

The Way forward for Promoting in Functions