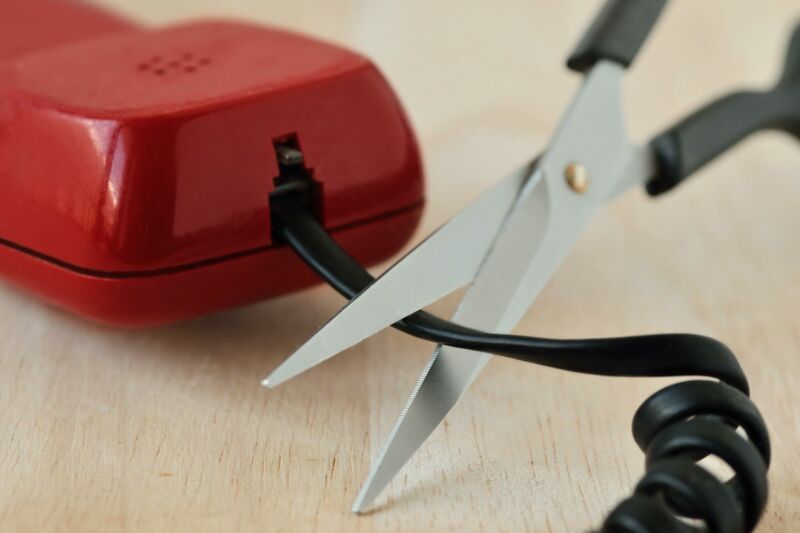 AT&T and Frontier have let their copper phone networks deteriorate through neglect since 2010, resulting in poor service quality and many lengthy outages, a report commissioned by the California state government found. Customers in low-income areas and areas without substantial competition have fared the worst, the report found. AT&T in particular was found to have neglected low-income communities and to have imposed severe price increases adding up to 152.6 percent over a decade.

The report was written in April 2019 but kept private because data submitted by the carriers was deemed confidential and proprietary. The report finally became public after the California Public Utilities Commission (CPUC) ruled in December 2020 that a redacted version had to be released by mid-January.

A summary of the CPUC-commissioned report identified six key findings:

Frontier’s California network was owned and operated by Verizon until Frontier bought it in April 2016.

AT&T and Frontier both repeatedly failed to meet the state’s minimum standard to “repair 90 percent of all out-of-service trouble reports within 24 hours.”

“The requirement to clear a minimum 90 percent of out-of-service (OOS) reports within 24 hours has never been met by AT&T since 2010. Verizon/Frontier met the OOS standard in only two of the 96 months covered by this study,” the report said.

“AT&T has the financial resources to maintain and upgrade its wireline network in California, but has yet to do so,” the report also said. “Frontier has a strong interest in pursuing such upgrades, but lacks the financial capacity to make the necessary investments.” Frontier filed for bankruptcy in April 2020 while admitting that its financial problems were caused largely by a “significant under-investment in fiber deployment.”

The report further described AT&T’s failure to invest in low-income communities in this paragraph:

Whether deliberate or not, AT&T’s investment policies have tended to favor higher-income communities, and have thus had a disproportionate impact upon the state’s lowest income areas. For example, the weighted average 2010 median annual household income for… areas that had been upgraded with fiber optic feeder facilities to support broadband services was $72,024, vs. only $60,795 for wire centers without such upgrades. Using 2010 US Census data, we find a clear inverse relationship between household income and all of the principal service quality metrics. Wire centers serving areas with the lowest household incomes tend to have the highest trouble report rates, the longest out-of-service durations, the lowest percentages of outages cleared within 24 hours, and the longest times required to clear 90 percent of service outages. The opposite is the case for the highest income communities.

AT&T “has raised its rates for legacy flat-rate residential service by 152.6 percent since the service was de-tariffed by the CPUC in 2009,” the report said. The price increases support a “harvesting” strategy that maintains revenue “despite a massive drop-off in demand” for landline phone service.

AT&T “has ceased active marketing of POTS, has degraded POTS service quality, and instead relies upon successive price increases and customer inertia to maintain its declining POTS revenue stream,” the CPUC report said. Despite years of steady price increases, AT&T “made minimal investments in outside plant rehabilitation, and has also allowed service quality for its legacy services to decline.”

Telecom analyst Bruce Kushnick argued in a blog post today that phone prices should have “plummeted” over the years but that AT&T uses the revenue from its poorly maintained landline phone service to pay for upgrades to its mobile network. Kushnick and his “Irregulators” group have been calling for investigations into these “cross-subsidies.”

“In October 2020, the Irregulators filed with the CA Broadband Council and CA Public Utility Commission (CPUC) claiming that AT&T most likely has been overcharging customers billions of dollars annually, and that it has been taking the construction budgets that should have been dedicated to the cities and homes in California and instead has been diverting them to wireless instead of upgrading the state telecom utility,” Kushnick wrote today.

Though Frontier also raised prices over the years, it has not “implemented the extreme succession of significant price increases for its legacy residential POTS services” seen with AT&T, the report said. The report also said Frontier hasn’t used the “harvesting” strategy implemented by AT&T.

“Frontier, as a ‘pure-play’ ILEC, has a strong incentive to maintain and to grow its customer base, not to allow it to dissipate. These are all positives for Frontier’s future if it is somehow able to reverse its financial decline,” the report said.

We contacted AT&T and Frontier about the CPUC report today and asked what steps the carriers have taken to improve service quality. We also asked the CPUC what actions it took in response to the report and whether AT&T and Frontier service has gotten better or worse since the report was written in April 2019. We’ll update this article if we get any responses.

Frontier recently agreed to expand its fiber-to-the-premises network and improve its poor service quality in California as part of a settlement that will help the company exit bankruptcy. Frontier also agreed to temporary price freezes on voice service through the rest of 2021.

AT&T in October stopped offering legacy DSL service to new customers despite having failed to upgrade tens of millions of legacy DSL lines across the US to fiber. AT&T continues to sell DSL to existing customers.

AT&T’s latest embarrassment occurred this month when a 90-year-old customer in California paid for a Wall Street Journal print ad to complain about his slow DSL Internet service. The bad publicity shamed AT&T into upgrading his home to fiber. But as the CPUC report notes, AT&T has failed to adequately maintain its network, leaving many DSL Internet and landline phone customers with outdated and unreliable service that continues to get worse.

The Link Between Diversity, Inclusion and the Use of Technology

How to Deal With Social Anxiety in Meetings

US government strikes back at Kremlin for SolarWinds hack campaign

Is AI Our Friend or Our Foe in Tackling the Novel Coronavirus? 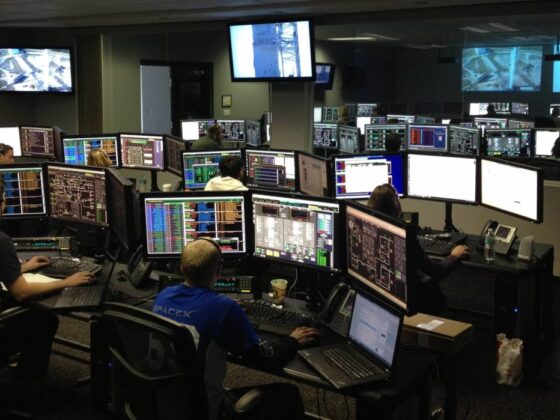 Why Every New Company is Now a Tech Company