ALEXANDER ZVEREV has somehow escaped any further immediate punishment for his shocking attack on an umpire’s chair.

The German, 24, will only face a ban from tennis if he commits another offence in the next 12 months – despite the ATP finding him guilty of a ‘major offence’.

Alexander Zverev obliterated his tennis racket against the umpire’s chair in AcapulcoCredit: Reuters 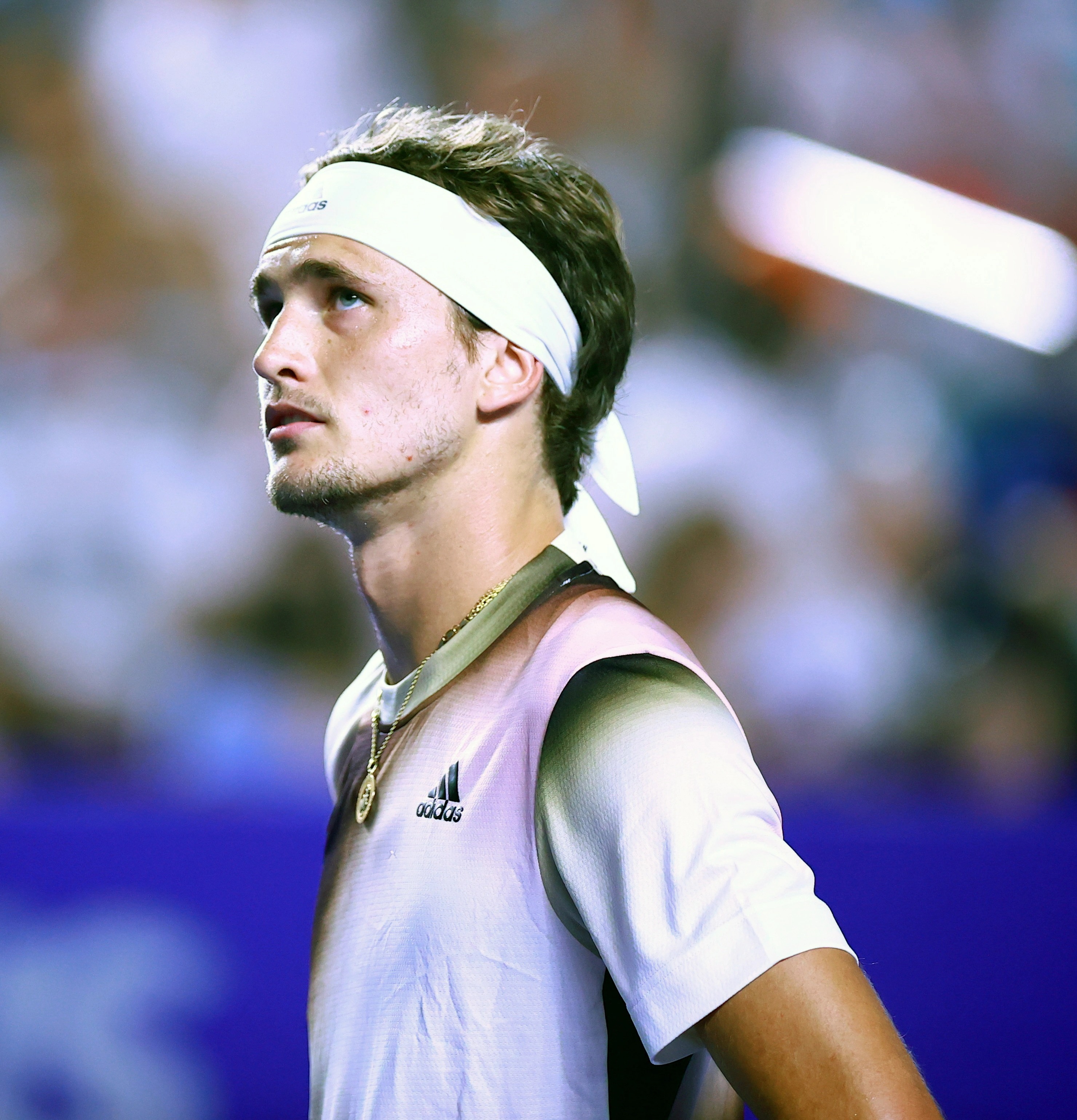 The world No3 received a suspended eight-week ban and £19,000 following the ATP’s reviewCredit: EPA

He was handed an eight-week suspended sentence for the horrific incident in Acapulco last month.

That total of £50,000 is less than players who lose in the first round of the US Open receive.

But again, that fine is withheld for the year-long probation period.

So if he is able to go the full year without any penalties for unsportsmanlike conduct or verbal or physical abuse, then they will be formally dismissed.

Zverev was expelled from the Mexican Open following his furious reaction at the end of his doubles defeat.

The singles world No3 felt a line call went against him and partner Marcelo Melo in the deciding tiebreak.

And after shaking hands with victors Lloyd Glasspool and Harri Heliovaara, Zverev repeatedly whacked his racket against the umpire’s chair, centimetres from his foot.

He then swore at the official, before taking another swipe with his racket.

The 2020 US Open finalist was kicked out of the entire tournament with many tennis fans calling for a severe punishment for the disgraceful behaviour.

But they were left disappointed and stunned by the suspended sentence, questioning how far players can go in their abuse of umpires without being banned.

The biggest penalty in men’s tennis was the 16-week suspended ban handed to Nick Kyrgios in 2019 after he verbally abused a chair umpire and smashed two rackets.

Zverev has until March 11 to appeal the decision and is free to compete on the ATP Tour with the upcoming Masters 1000 events in Indian Wells and Miami.

I would probably be in jail if I did that. Like, literally, no joke.

The two-time ATP Finals winner and Olympic gold medalist – who is currently under investigation on allegations of domestic violence by his ex-girlfriend – did apologise soon after the scary meltdown.

He said: “It is difficult to put into words how much I regret my behaviour during and after the doubles match yesterday.

“I have privately apologised to the chair umpire because my outburst towards him was wrong and unacceptable, and I am only disappointed in myself.

“It just should not have happened and there is no excuse.

“As you know, I leave everything on the court. Yesterday, I left too much.

“I am sorry for letting you down.”

Asked about the incident, Serena Williams said: “There is absolutely a double standard.

“I would probably be in jail if I did that. Like, literally, no joke.”