ZLATAN IBRAHIMOVIC puffed on a cigar after helping AC Milan pip rivals Inter to the Serie A title on a dramatic final day.

The Swede’s former boss Carlo Ancelotti caused a sensation when he posed for an iconic photo with a cigar in his mouth on Real Madrid’s LaLiga title parade earlier this month.

Zlatan Ibrahimovic puffs on a big cigar after winning Serie A with AC MilanCredit: AFP 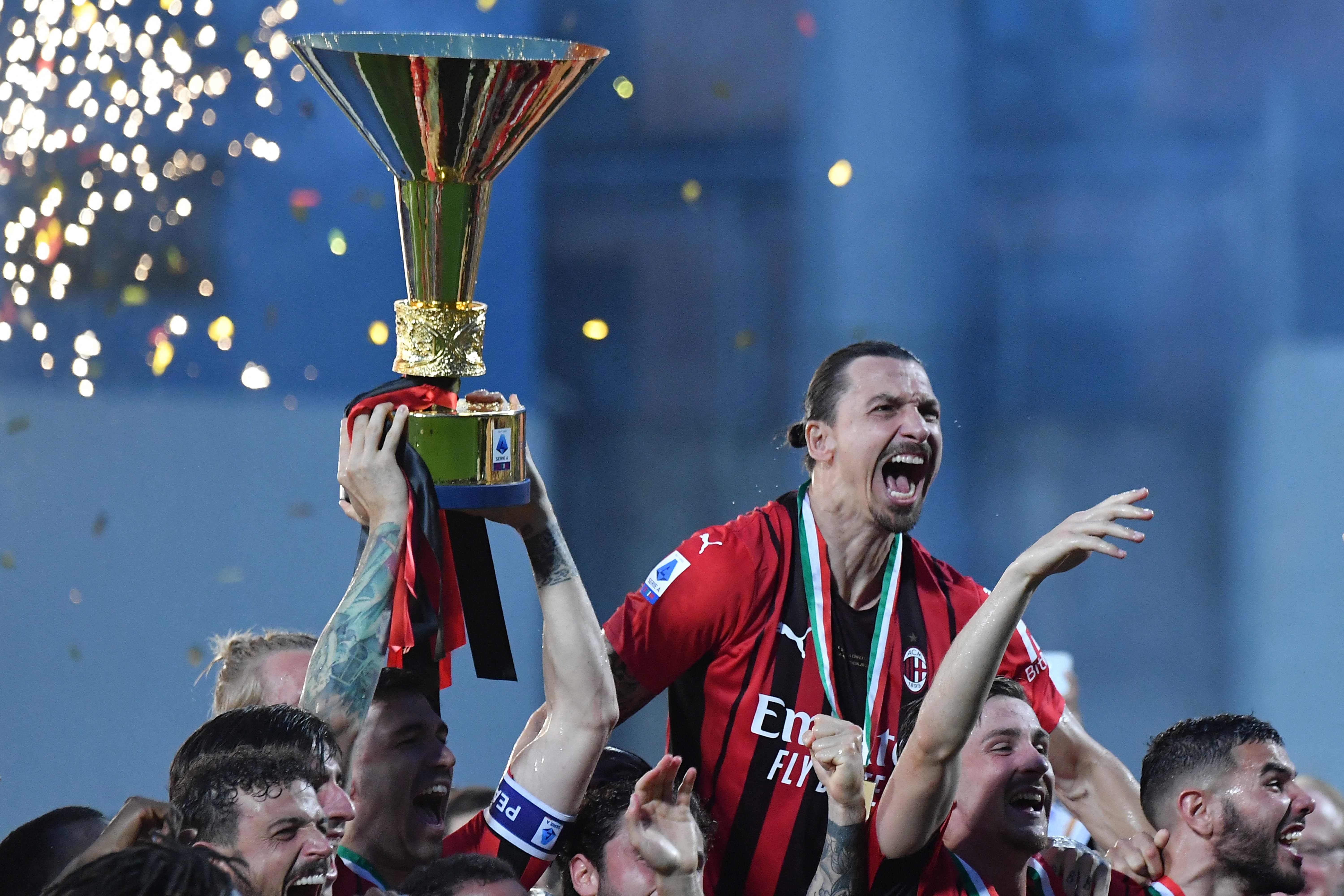 But Ibrahimovic did not wait around by lighting his on the pitch after the 3-0 win at Sassuolo.

The 40-year-old puffed away and held his arms aloft in celebration, soaking up the adoration of Milan’s travelling fans.

Milan beat city rivals Inter to the Serie A title after the pair battled it out for top spot all season long.

Ibrahimovic has now won 34 trophies in an illustrious career, including 14 league titles, seven of which have been in Italy. 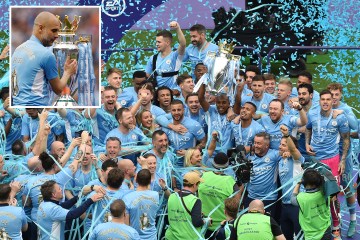 The two he won with Juventus were famously stripped away after the Turin giants were found guilty of match fixing between 2004-06.

It was the first domestic title for Milan since Ibrahimovic’s first spell with them in 2011, with the Swede departing the club a year after that success.

But he has returned to claim the glory once more, scoring 33 goals in 60 games since his switch from LA Galaxy – including eight this term.

This title clearly means a great deal to the veteran with the striker accidentally smashing a window on the team bus last week as he egged on Milan fans welcoming their side’s arrival to the San Siro.

Ibrahimovic’s contract is up at the end of the season and he could decide now is the right time to hang up his boots – having conquered Italy yet again.

But the superstar admitted the thought of retiring fills him with dread, and he does not want to have any regrets.

He said of retirement: “I feel a bit of panic at the prospect of stopping playing.

“For sure, I will continue as long as possible, as long as I can get results but being good on the pitch, without suffering.

“I don’t want to have regrets when I quit, so I want to maximise my career.

“What will happen next I don’t know, as I write in my book I’m a little scared. A role in football? We’ll see when the day comes.

“I could start when I stop or take a break, or disappear completely. Of course the adrenaline I feel in me I will never feel again.”