HAKIM ZIYECH dusted off his shooting boots to ease Chelsea another step closer to the Champions League knock-outs.

The Moroccan international had not scored since the Super Cup victory over Villarreal back at the start of August. 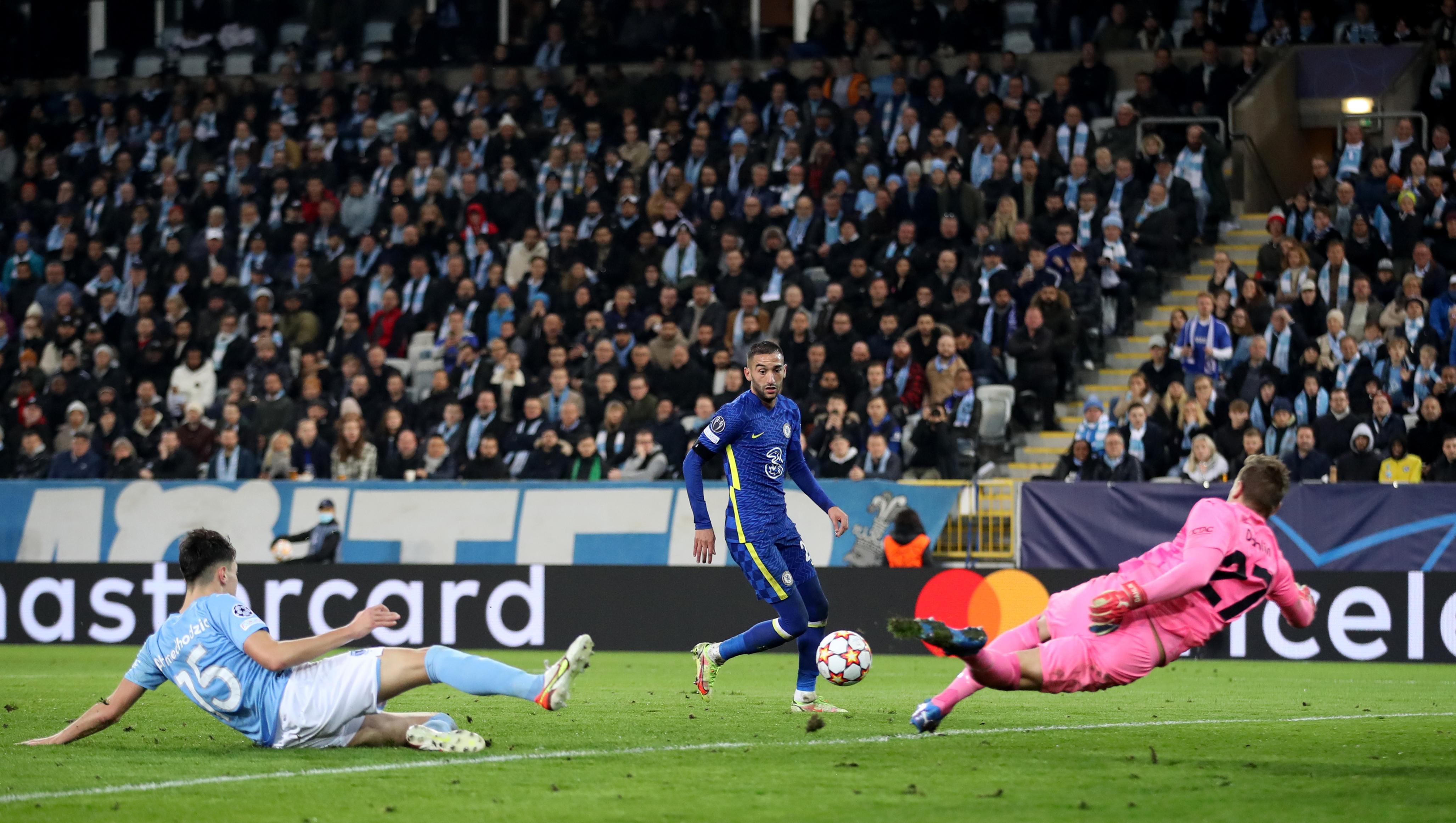 Blues’ playmaker Hakim Ziyech nips in to prod the only goal on 56 minutesCredit: Reuters

But he finally ended his three-month drought with a 56th minute winner as Thomas Tuchel’s men were pushed to their limits by the Group H whipping boys.

That was enough to secure Chelsea’s seventh consecutive victory and keep them firmly on course in defence of the trophy they lifted last season.

Yet it proved to be a far tougher evening than Tuchel or any of his players had probably anticipated.

And they will have to be a lot better than this at home to Juventus later this month if they are going to finish top of their group.

Yet even on a rare off night they still had far too much in their locker for opponents who could not manage a single shot on target all evening.

Malmo coach Jon Dahl Tomasson had called for ‘madness in the stadium’ as his team went in search of their first Champions League point of the campaign.

But though the sell-out crowd were impressively loud in their support, it was hardly the kind of atmosphere which was going to intimidate Tuchel or any of his players.

And while the Swedish League leaders tried their best to press high up the pitch, you could sense that they didn’t really believe they were capable of causing an upset.

With the memory of last month’s 4-0 beating at Stamford Bridge still fresh in their minds, they appeared to be on a damage limitation operation from the kick-off.

At least their muscular approach was forcing a few uncharacteristic errors from Chelsea as they struggled to find early fluency.

Marcos Alonso’s pull-back for Cesar Azpilicueta drew a nervous first save of the evening from Johan Dahlin as he shovelled the ball around his near post after 13 minutes.

But the Malmo keeper was more convincing when he dashed from his line to block after Ziyech had been played in by Kai Havertz.

Tuchel had predicted ahead of this match that Malmo would be able to play with a lot of courage and freedom because they had nothing to lose.

But he was none too impressed by some of their challenges as they sought to knock their superstar rivals off their stride. 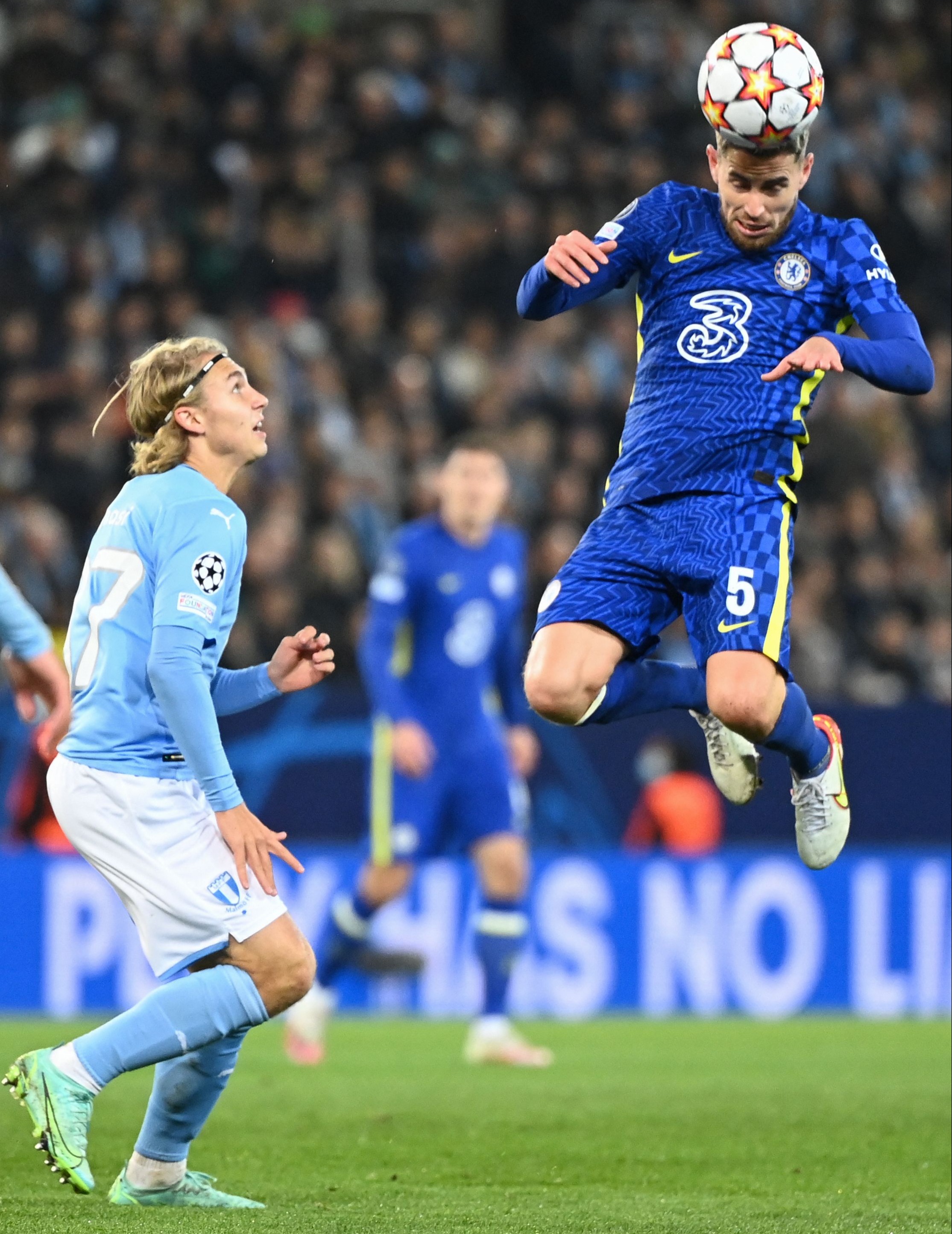 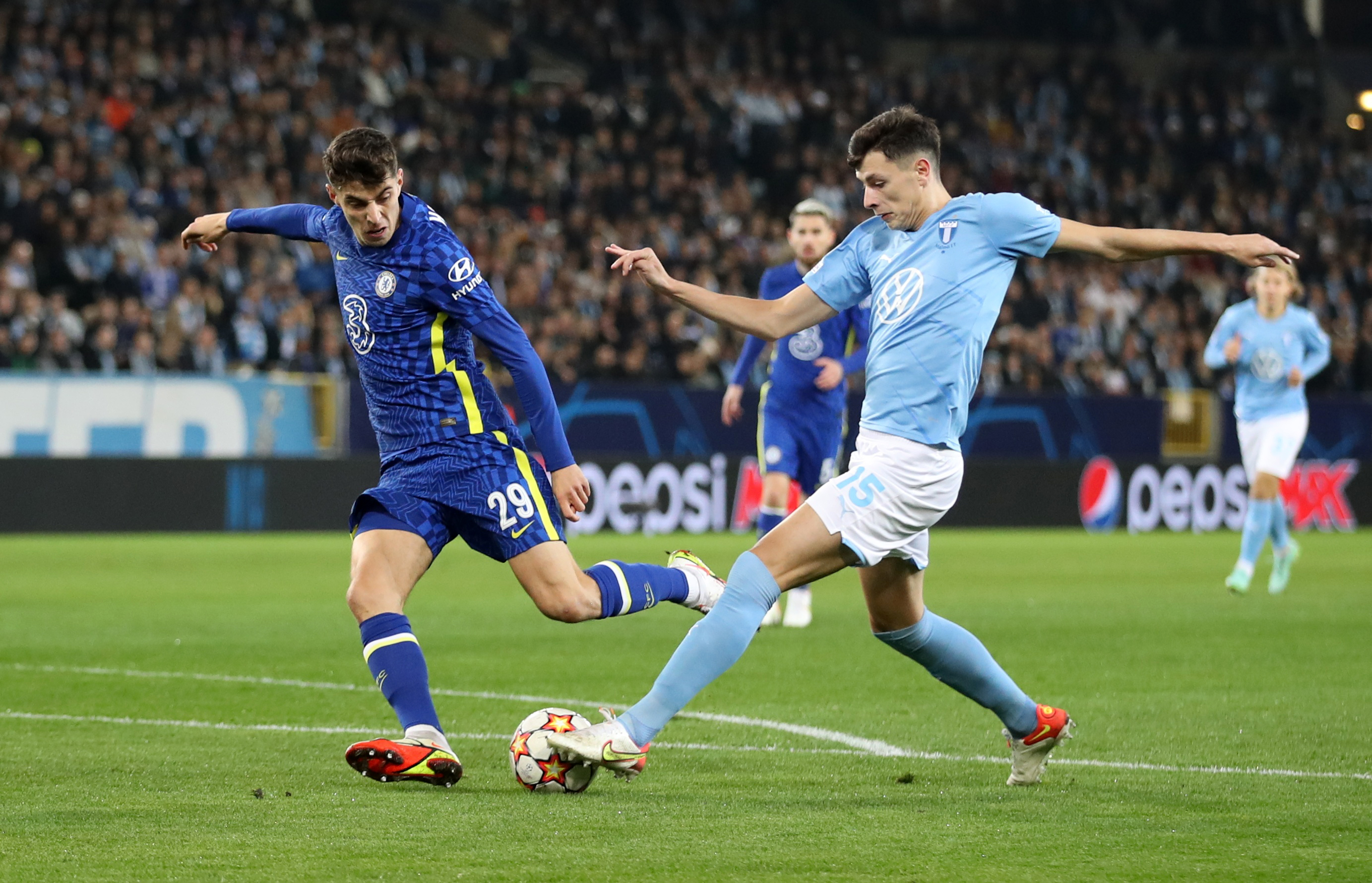 Chelsea ace Kai Havertz gets in a shot despite Anel Ahmedhodzic’s attentionsCredit: Reuters

Havertz should have broken their resistance when he was played in on goal by Ruben Loftus-Cheek’s 29th minute through ball.

But the German international’s shot lacked conviction and Dahlin was again able to make an important block to keep his side in contention.

Tuchel was growing increasingly frustrated by his team’s inability to force the breakthrough as they were made to work a lot harder than he had probably anticipated.

And with Malmo defending as though their lives depended on it, how the Chelsea boss must have been wishing for the physicality of Romelu Lukaku to lead his attack.

But the £97.5million target man was still recovering from the sprained ankle suffered in the first game against Malmo.

And this was probably the first time his absence had been sorely felt during Chelsea’s most disjointed first-half performance for quite some time.

They could even have found themselves behind right on the stroke of half-time when they switched off at the back to allow Antonio Colak a clear sight of Edouard Mendy’s goal. 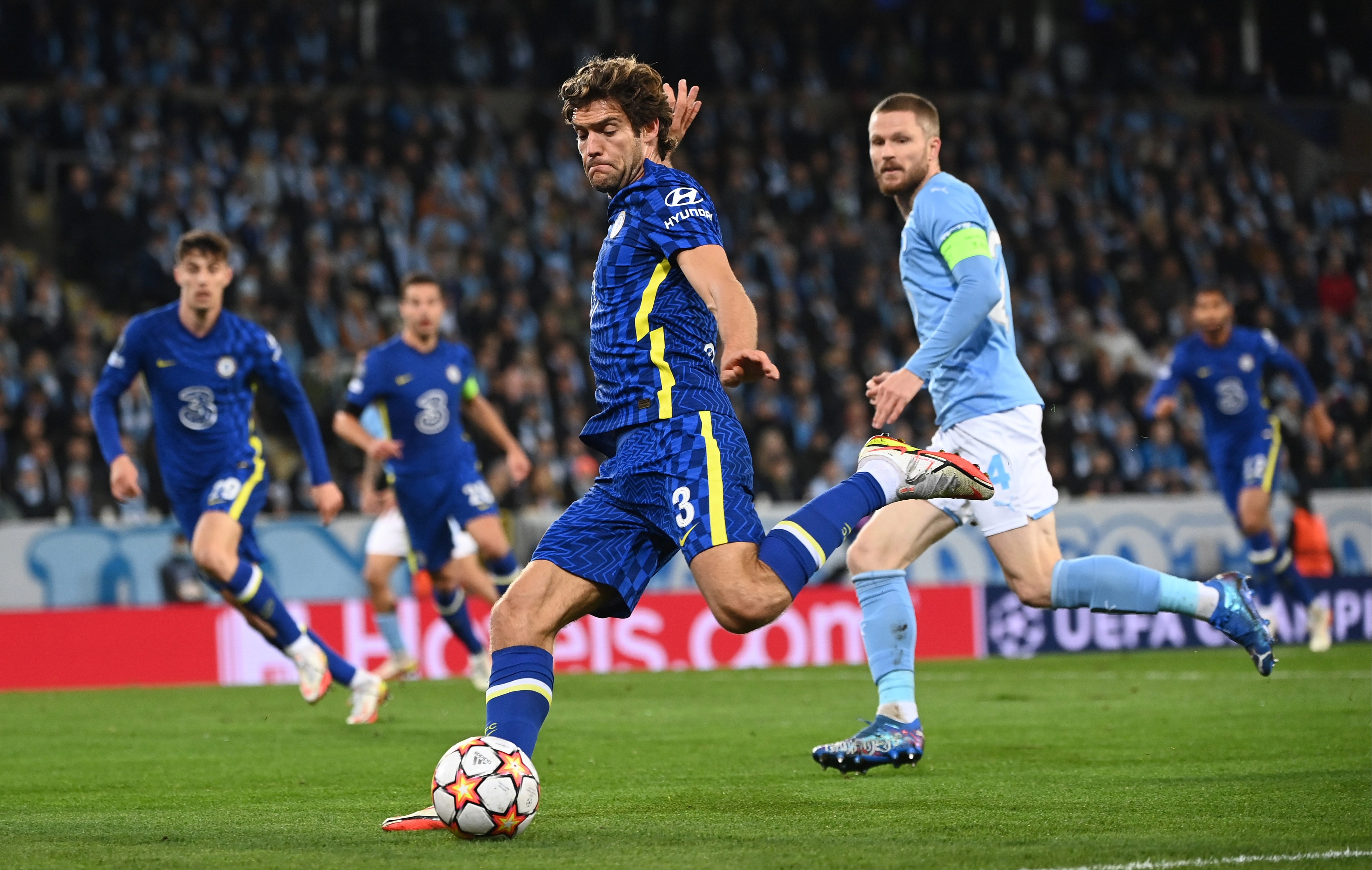 Marcos Alonso fires in a shot as Chelsea struggled for a breakthrough against Malmo, which Hakim Ziyech eventually foundCredit: Getty

Fortunately for Chelsea, the Croatian striker fired hurriedly wide when he really should have scored.

It was a clear warning for the Premier League leaders who were in real danger of allowing themselves to be dragged into a war of attrition.

But just when they looked to be struggling for inspiration, Ziyech finally came up with the goal to keep his team firmly on course for the last 16.

Havertz’s clever flick sent Callum Hudson-Odoi galloping clear down the right and when he fired a 56th minute cross into the danger zone Ziyech was left unattended to convert from close range.

That was to prove the Moroccan international’s last meaningful contribution to the evening before making way for Christian Pulisic’s return to duty after almost three months out with an ankle injury.

Thiago Silva was denied a second Chelsea goal when his clever flick was headed off the line as Malmo started to pay the price for their first-half exertions.

And Pulisic should have marked his comeback with a goal when he went round Dahlin but fired wide of the open goal with the very last kick of the match.

But Tuchel could afford to shrug that one off. Three points were all that mattered and now it’s on to Burnley at home on Saturday.