Hakim Ziyech was superb on the right-wing with Callum Hudson-Odoi also impressing on the opposite flank. 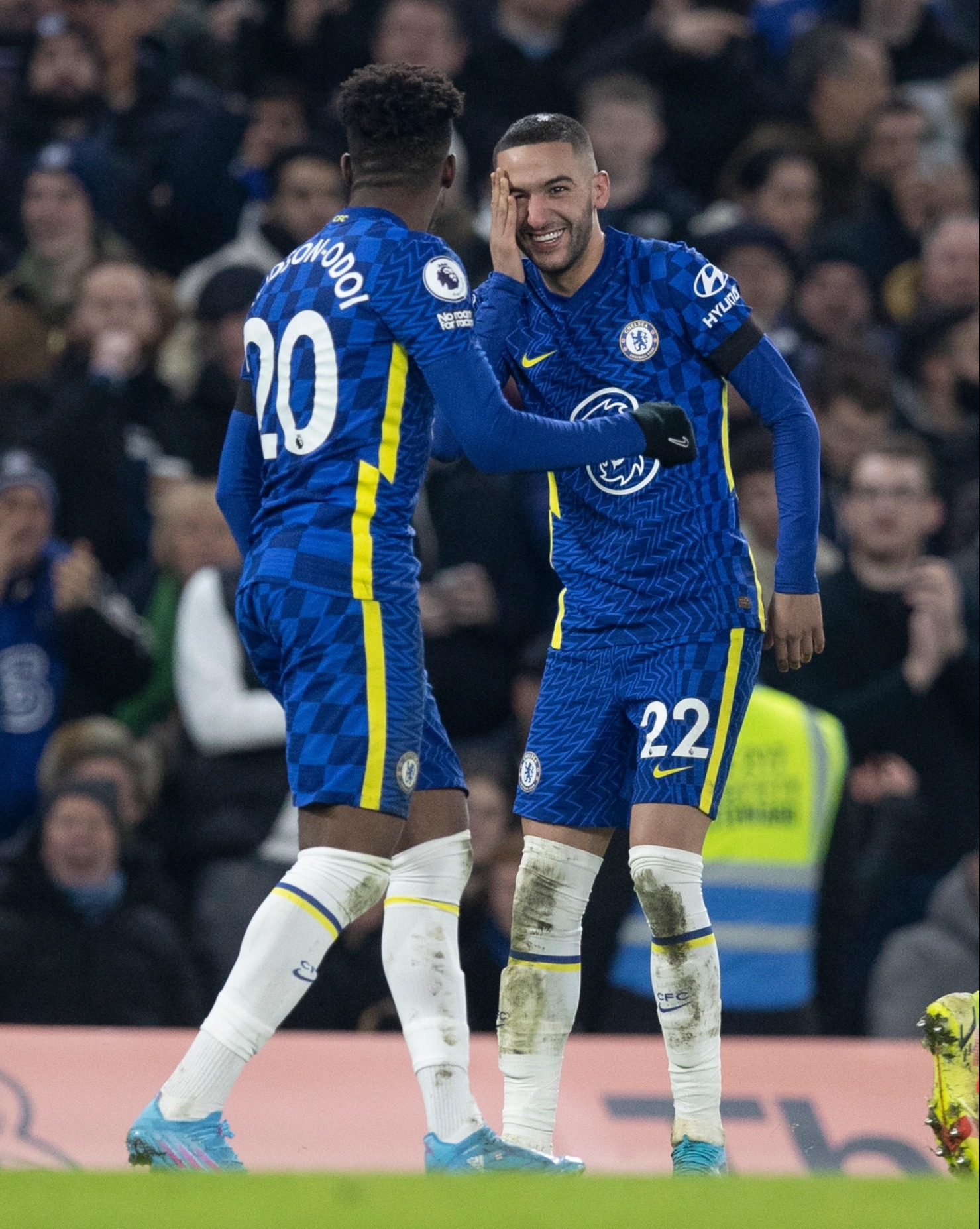 Hakim Ziyech was excellent and scored a scrumptious goal to put the Blues 1-0 upCredit: Richard Pelham / The Sun 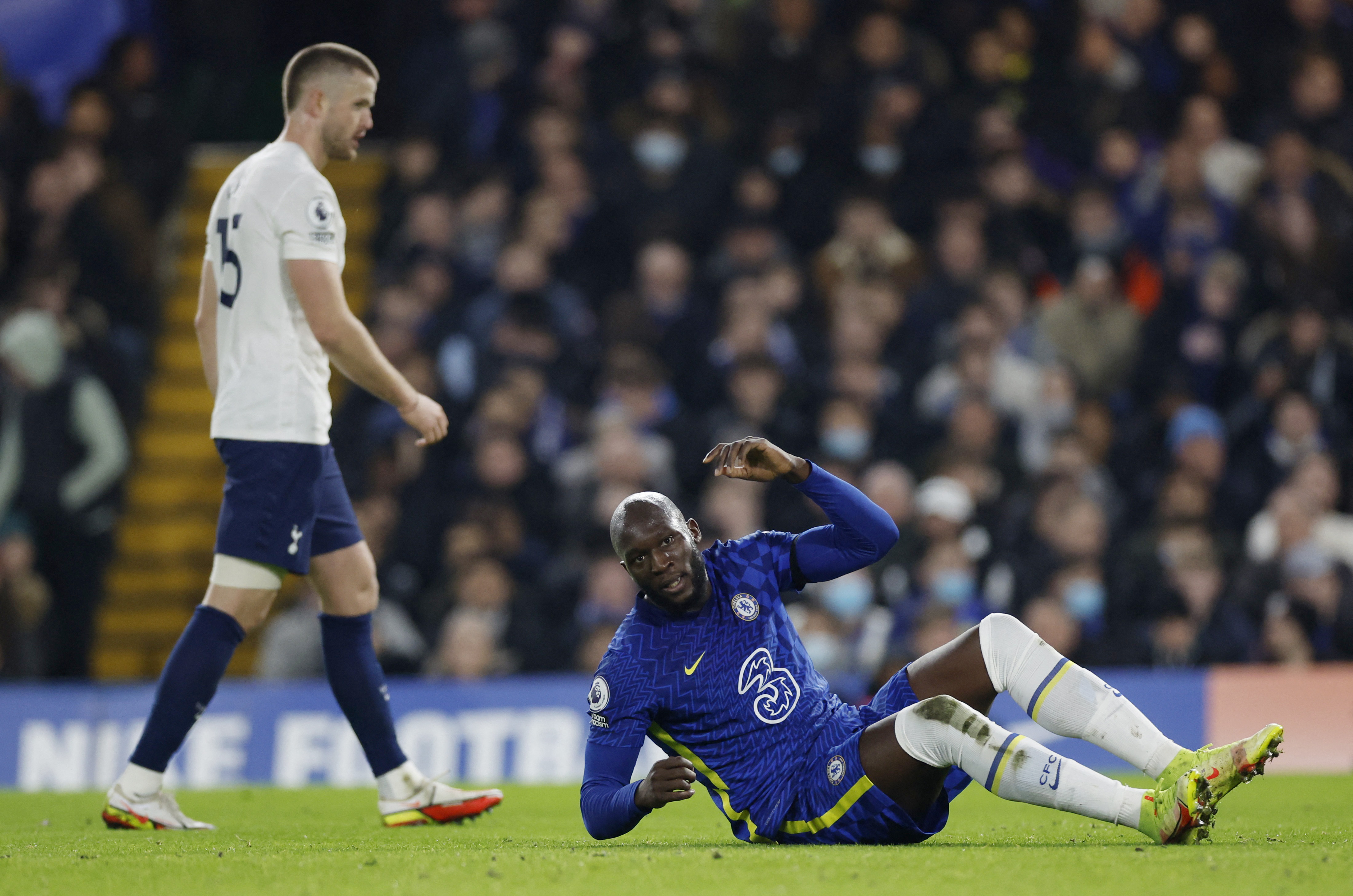 But Romelu Lukaku looked laboured and predictable on the rare occasions he was involved up front.

The West Londoners started brightly with Lukaku and Hudson-Odoi fluffing big chances in the opening minutes.

Matt Doherty then bafflingly escaped a red card for a nasty looking tackle on Malang Sarr before Harry Kane had a goal disallowed for a trip on Thiago Silva in the build-up.

Tottenham had done well to grow into the first-half and go in 0-0 at the break but that was forgotten almost instantly as the game restarted.

Hakim Ziyech bent an absolute peach of a strike into the top-left corner with just 47 minutes on the clock before Silva doubled the lead just eight minutes later when he glanced a Mason Mount free-kick beyond Hugo Lloris.

The Blues were barely troubled for the remainder as they kept Spurs pegged back and they wrapped up a much-needed three points to close the gap on second-placed Liverpool to just a point.

Here’s what SunSport’s Will Pugh thought of the Blues’ individual performances. 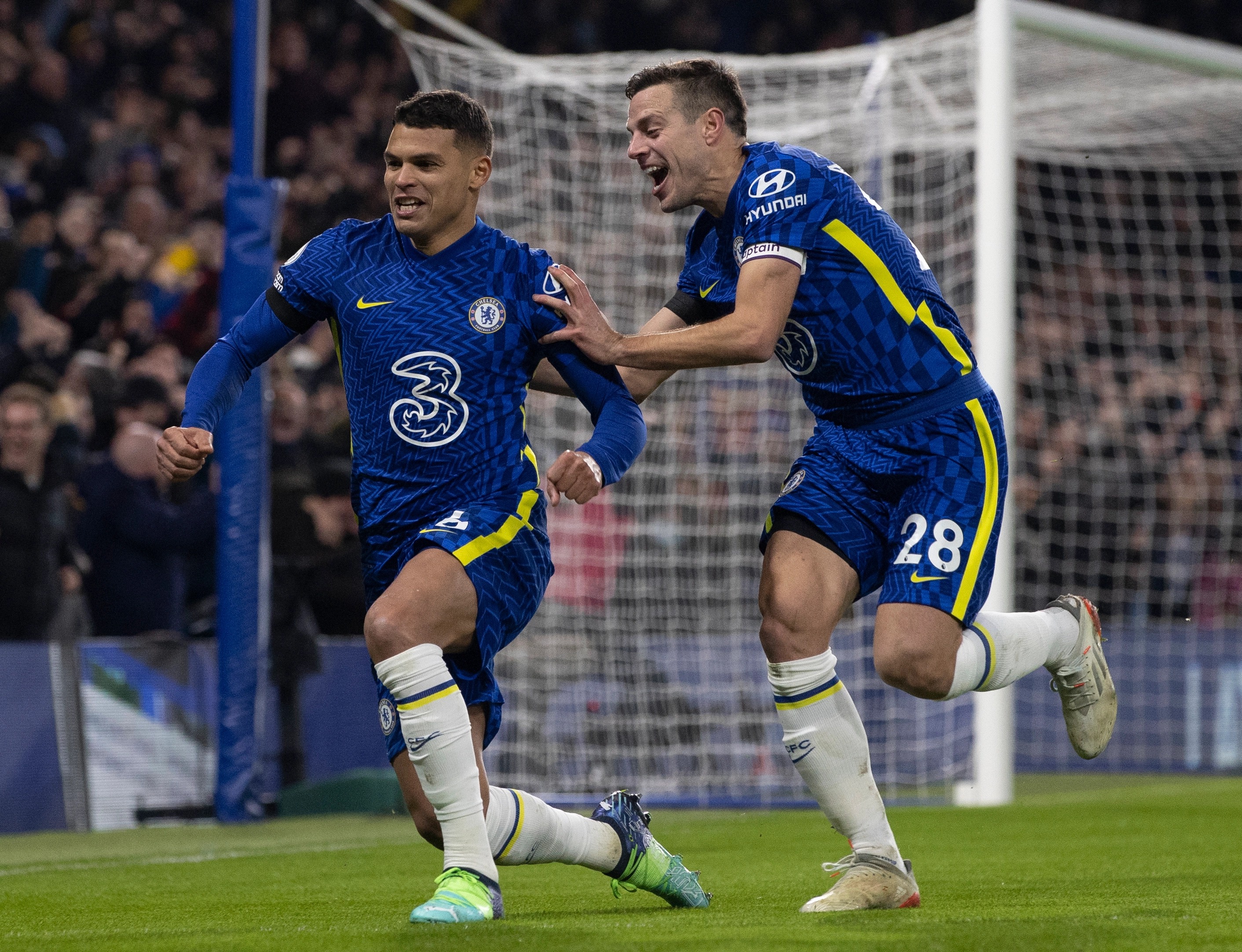 Silva wrapped up the points on 55 minutesCredit: Richard Pelham / The Sun 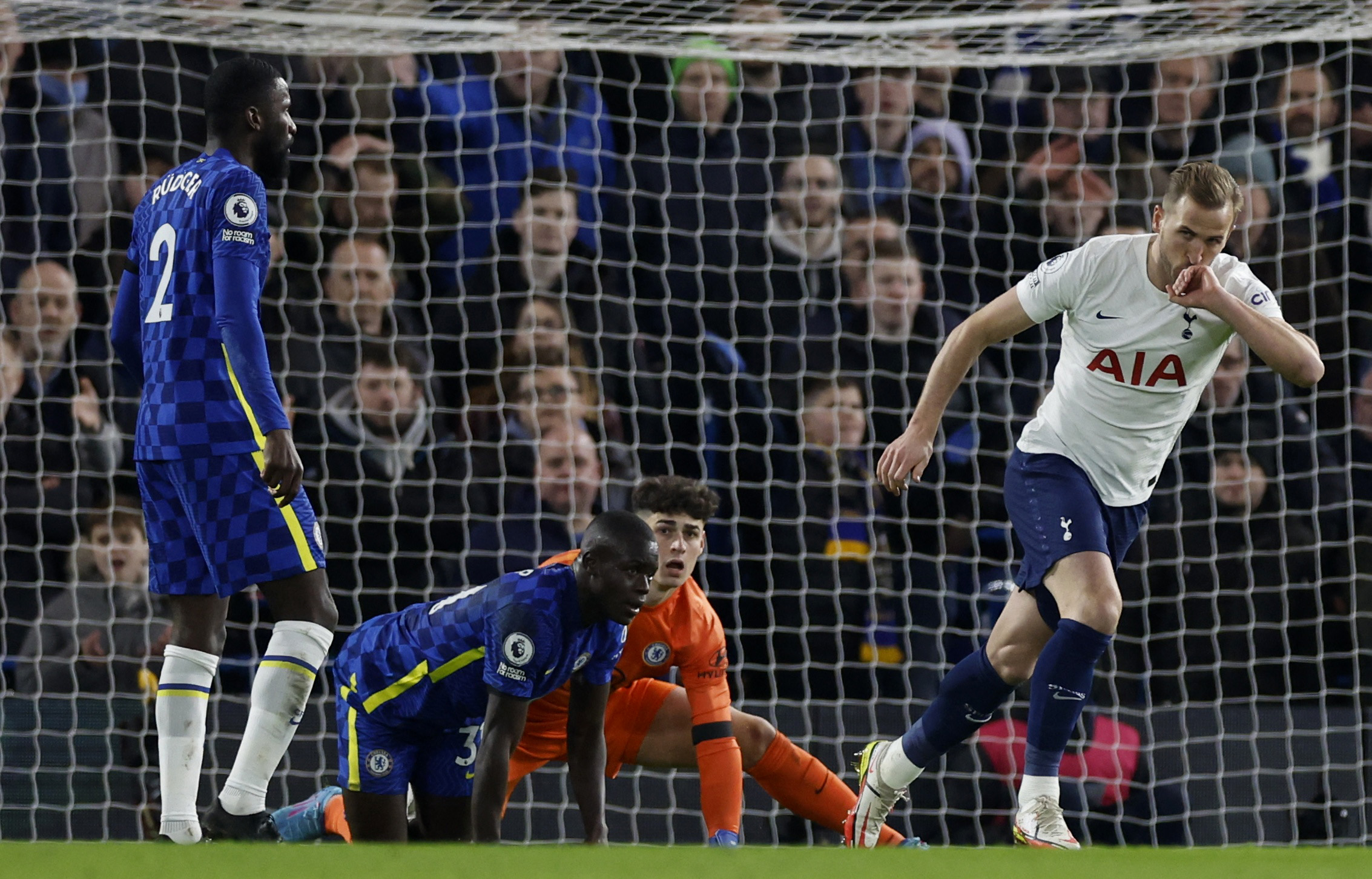 Harry Kane thought he had scored for Tottenham in the first-half but it was disallowed for a perceived trip on Thiago Silva in the build upCredit: Reuters

Had to face one shot on target in the first-half – a tame Harry Winks effort from the edge of the box – before picking the ball out the net after Kane’s disallowed equaliser.

Slightly busier after the break but mostly routine stuff.

His best save was from Kane’s header with five minutes to go in which he appeared to hurt his hand. 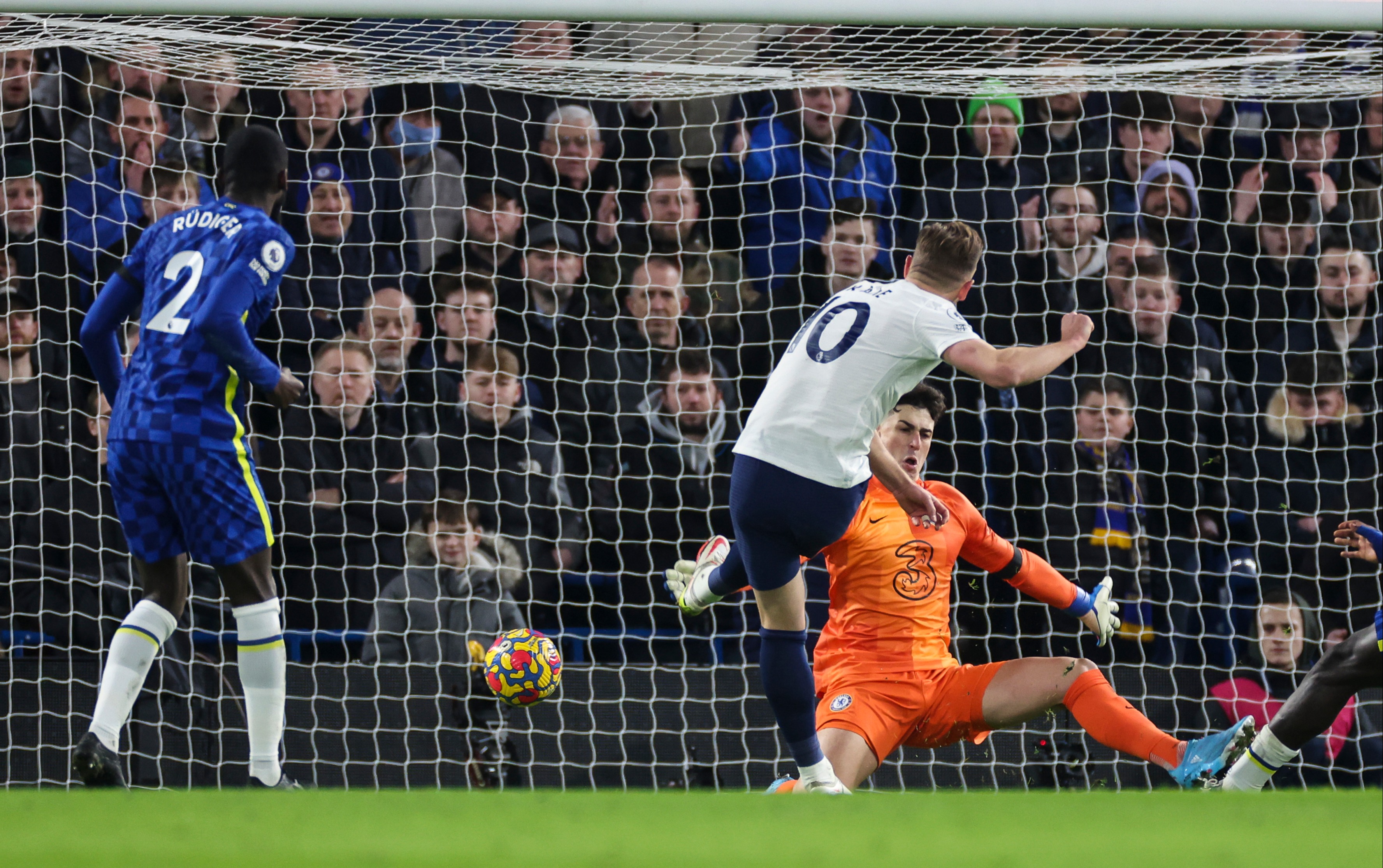 Kepa couldn’t do anything with this Kane shot in the first-half but it didn’t matter as it was chalked offCredit: Richard Pelham / The Sun

Captain’s performance again. No frills, scrapping for his team on and off the ball.

Exactly what the Blues faithful love seeing from their Spanish star.

A classy act as ever. Composed and a rock at the back as he stood up to Spurs’ rare attacks through Bergwijn and Kane.

Antonio Rudiger proved once again why Chelsea would do well to agree a new contract with him prontoCredit: Richard Pelham / The Sun

Headed a Mount corner over inside 10 minutes.

Booked for a trip on Bergwijn 23 mins in as the Dutchman broke dangerously.

Was tripped by Kane as the Englishman turned him in the build-up to Tottenham’s disallowed first-half goal.

Nodded in well to secure the win. 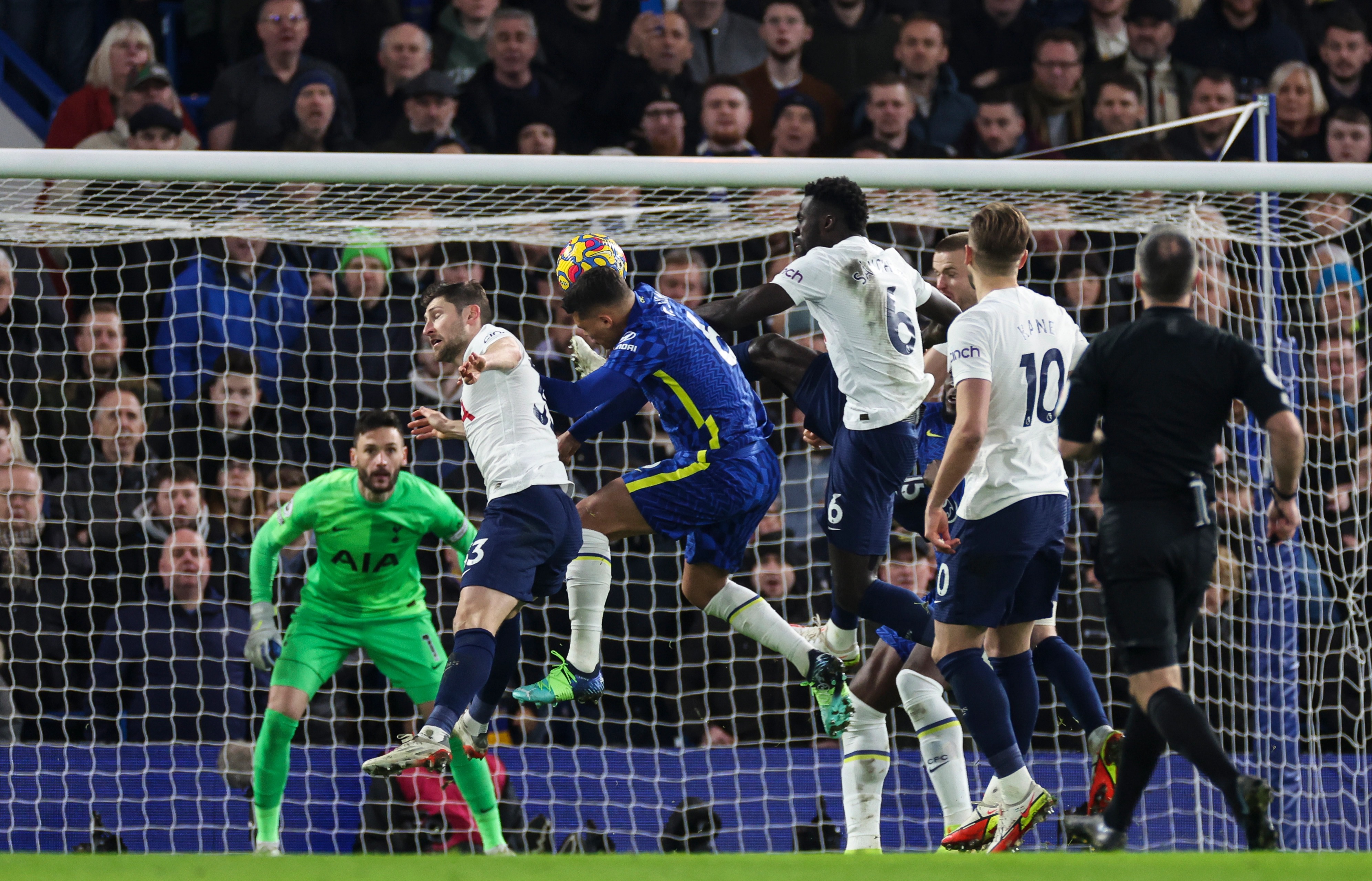 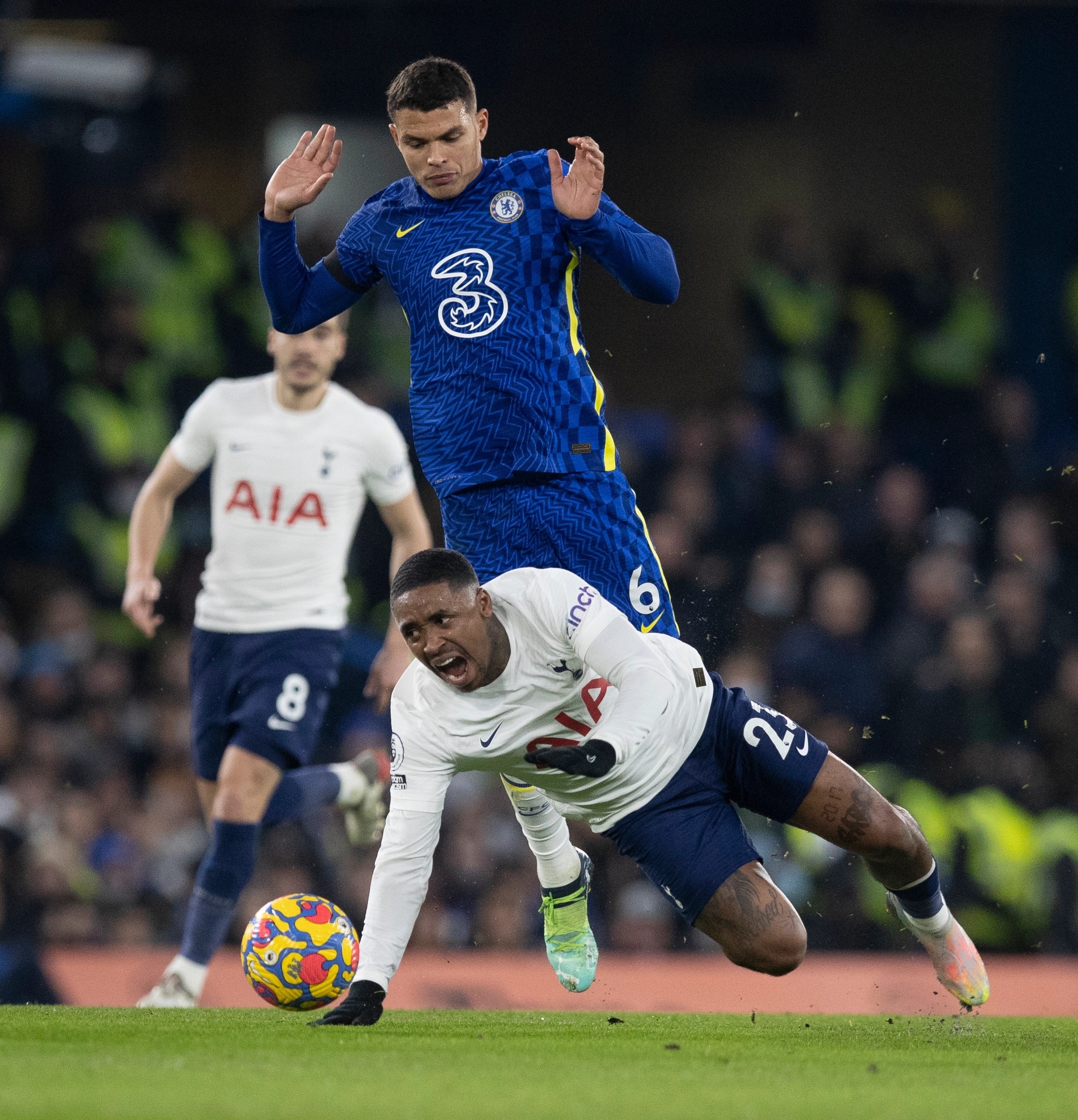 The Brazilian also picked up a first-half yellow for this trip on Steven BergwijnCredit: Richard Pelham / The Sun

Did not look out of place against Kane as the stand-in dealt with everything Tottenham threw at him with aplomb.

On the end of a nasty high challenge from Matt Doherty which the Irishman somehow escaped a red card for.

Energetic throughout and had Japhet Tanganga on toast for most of the afternoon.

But his end product was often frustratingly lacking in the first-half.

Nodded a far-post header wide after Ziyech picked him out during the opening exchanges and should have at least hit the target.

Looked far more dangerous after the break as his decision making improved drastically.

Laid the ball off to Ziyech in the build-up to the Moroccan’s delightful opener after an excellent run up the right where he left booked Tanganga for dust again.

Great reception as he left the pitch. 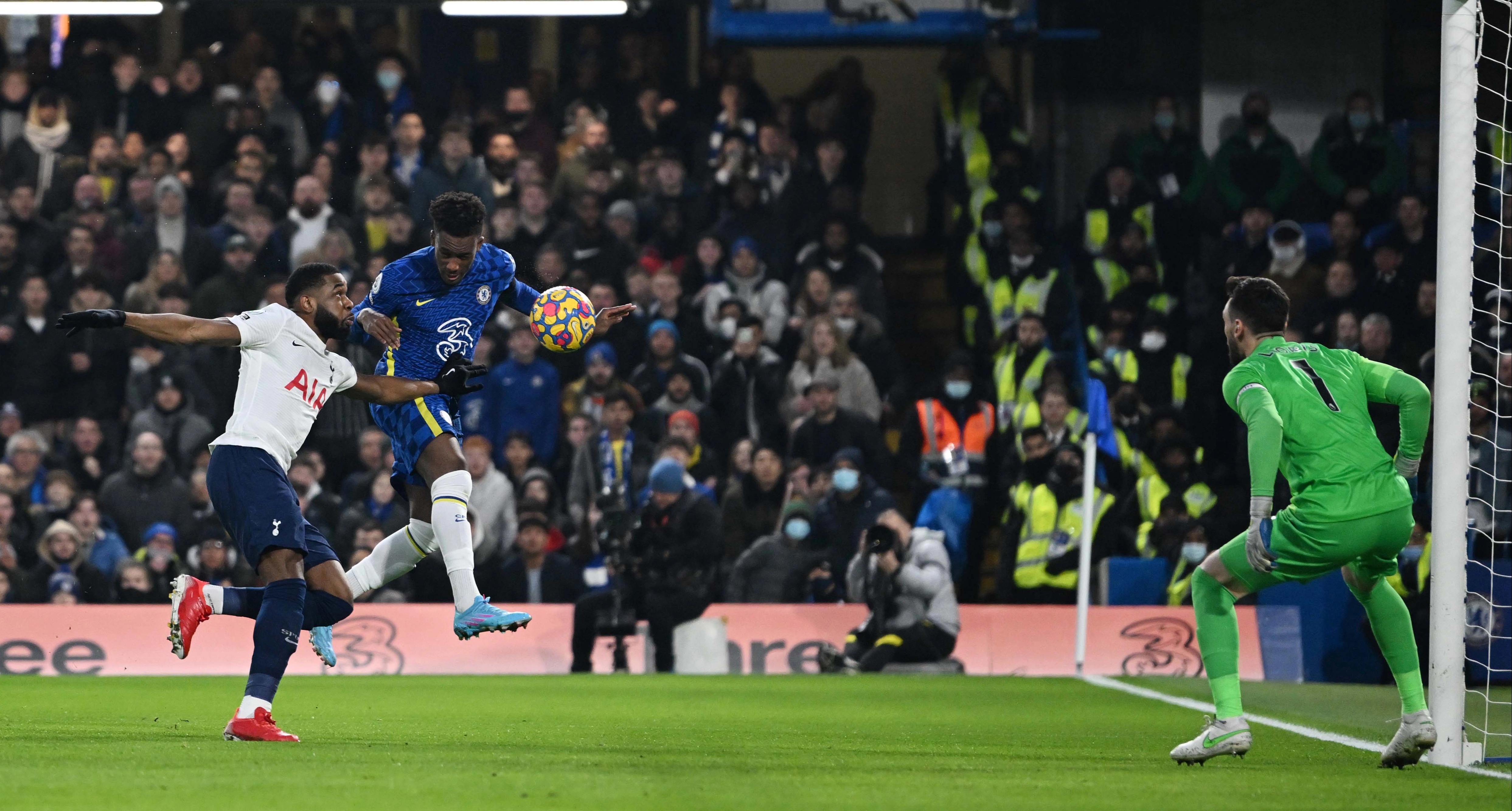 Callum Hudson-Odoi headed wide from a tight angle early on when he should have trouble Hugo LlorisCredit: Richard Pelham / The Sun

Nothing spectacular. One of those professional performances where no one really notices him.

Earned his money and replaced by Kante as Thomas Tuchel looked to lock in the three points at 2-0 up.

Similar to Jorginho, nothing outstanding but did everything expected of him.

Perhaps hard for him to shine as he played instead of N’Golo Kante but Tuchel will be more than happy with the Croatian’s contribution.

Good work early on to pull back for Lukaku who should have done much better with his effort from just inside the box.

His usual efficient, hard-working and effective self and capped a thoroughly decent display with a real touch of quality when he bent in a lovely free-kick for Silva to glance in for 2-0.

Bent a wicked ball onto Hudson-Odoi’s head with mere minutes on the clock but the winger nodded wide from close range.

Was troublesome throughout as he staked a real claim for a permanent starting spot in Tuchel’s team.

And capped his superb performance with an absolutely delicious finish two minutes after half-time.

Received the ball from Hudson-Odoi just off the right-hand corner of the box and bent a left-footed effort beyond the stranded Lloris and into the top-left corner.

I believe they call it ‘top-bins’.

Stung Lloris’ palms just moments later with a fierce left-footed strike from almost the same position but the Frenchman batted it away.

Standing ovation from the crowd and a huge pat on the back from Tuchel as he came off. 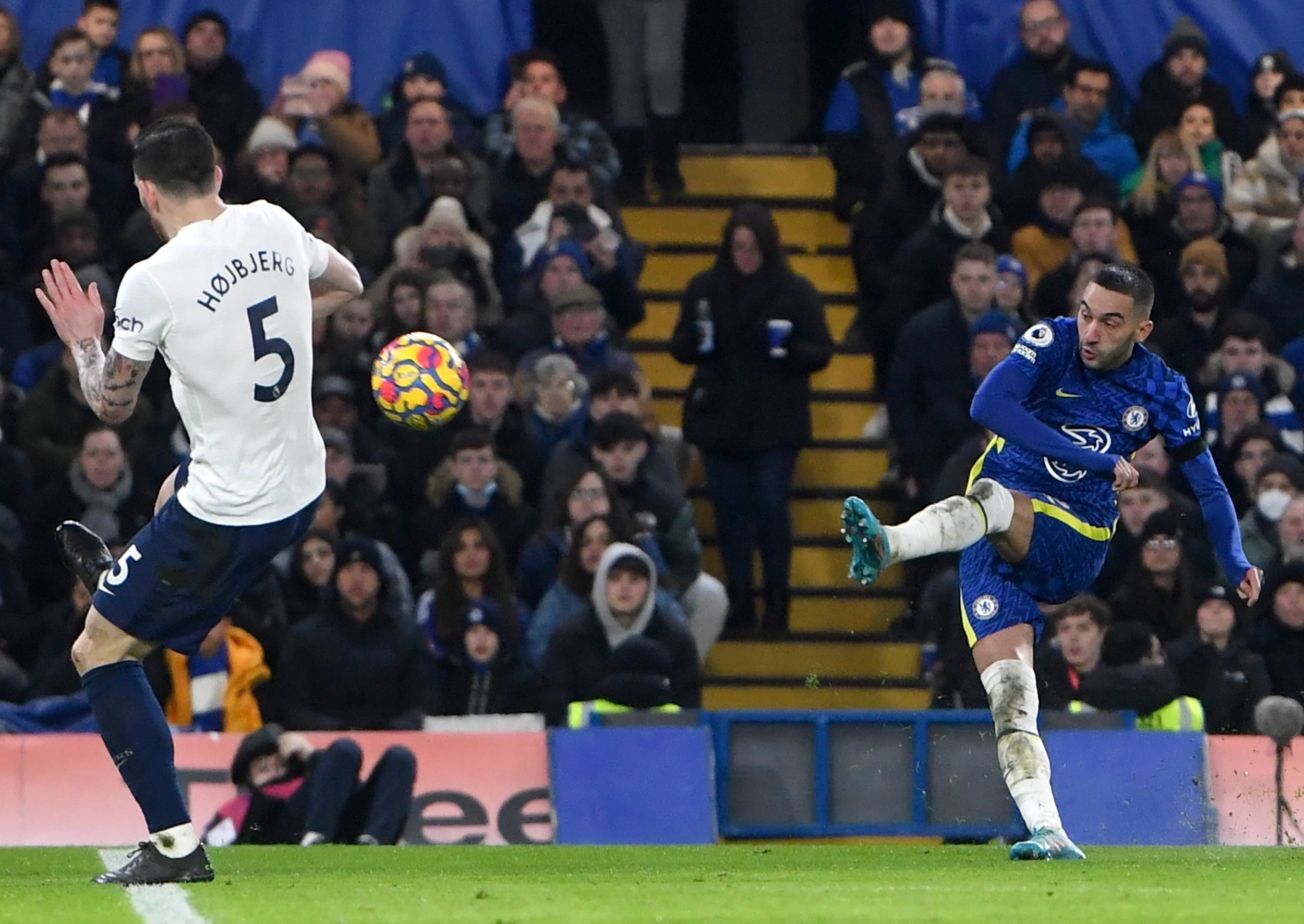 Hakim Ziyech’s goal was a thing of beautyCredit: EPA 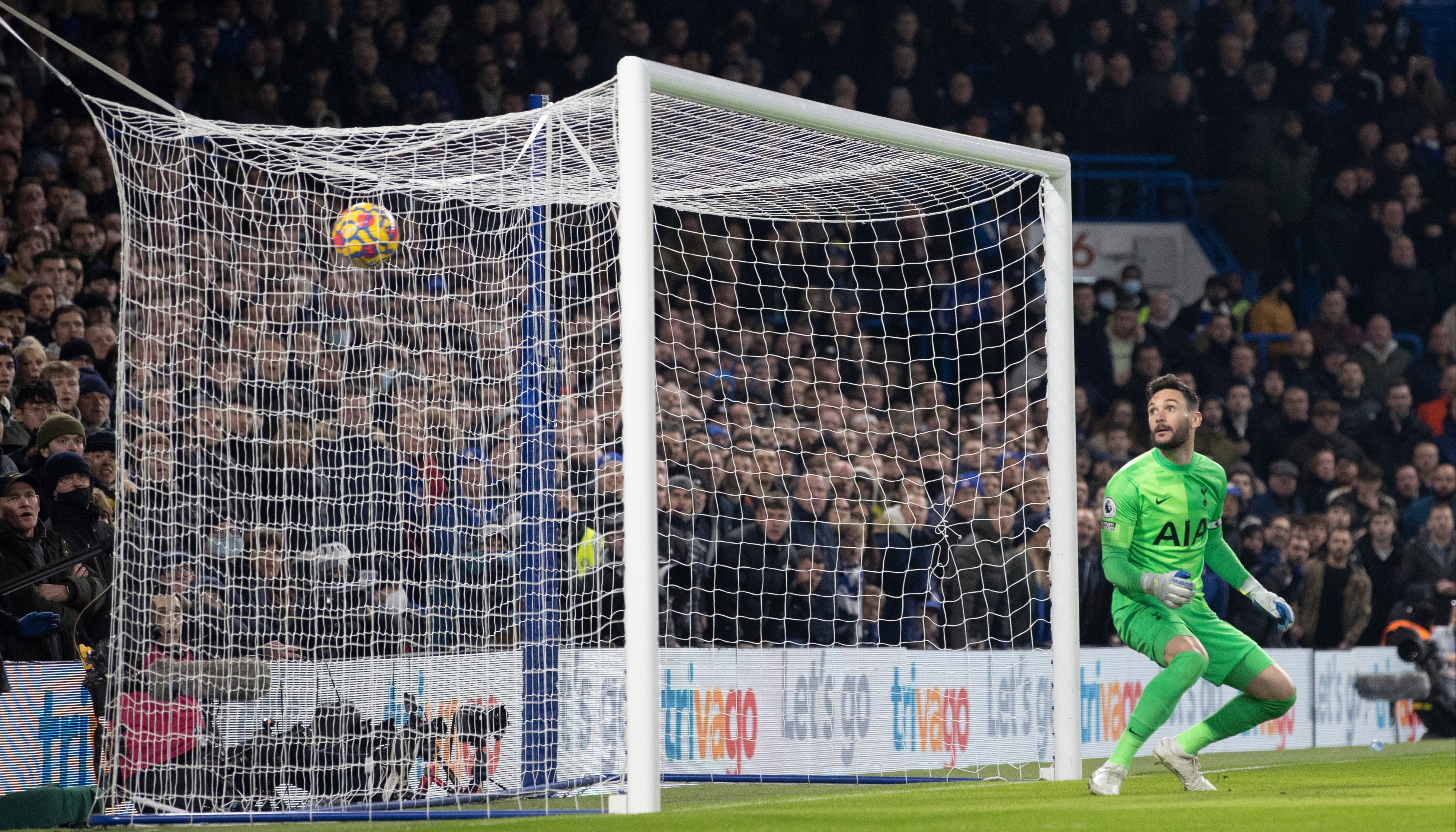 It left Hugo Lloris rooted to the spotCredit: Richard Pelham / The Sun

Blazed over a huge chance with his right foot in the opening minutes when Mount put it on a plate for him.

Wasn’t massively involved for the rest of the game and looked laboured and predictable when he was.

He held the ball up well on occasion and it’s hard to be too harsh on him as Tuchel’s system just doesn’t involve him that much which means he doesn’t see much of the ball and it’s always in deep positions when he does. 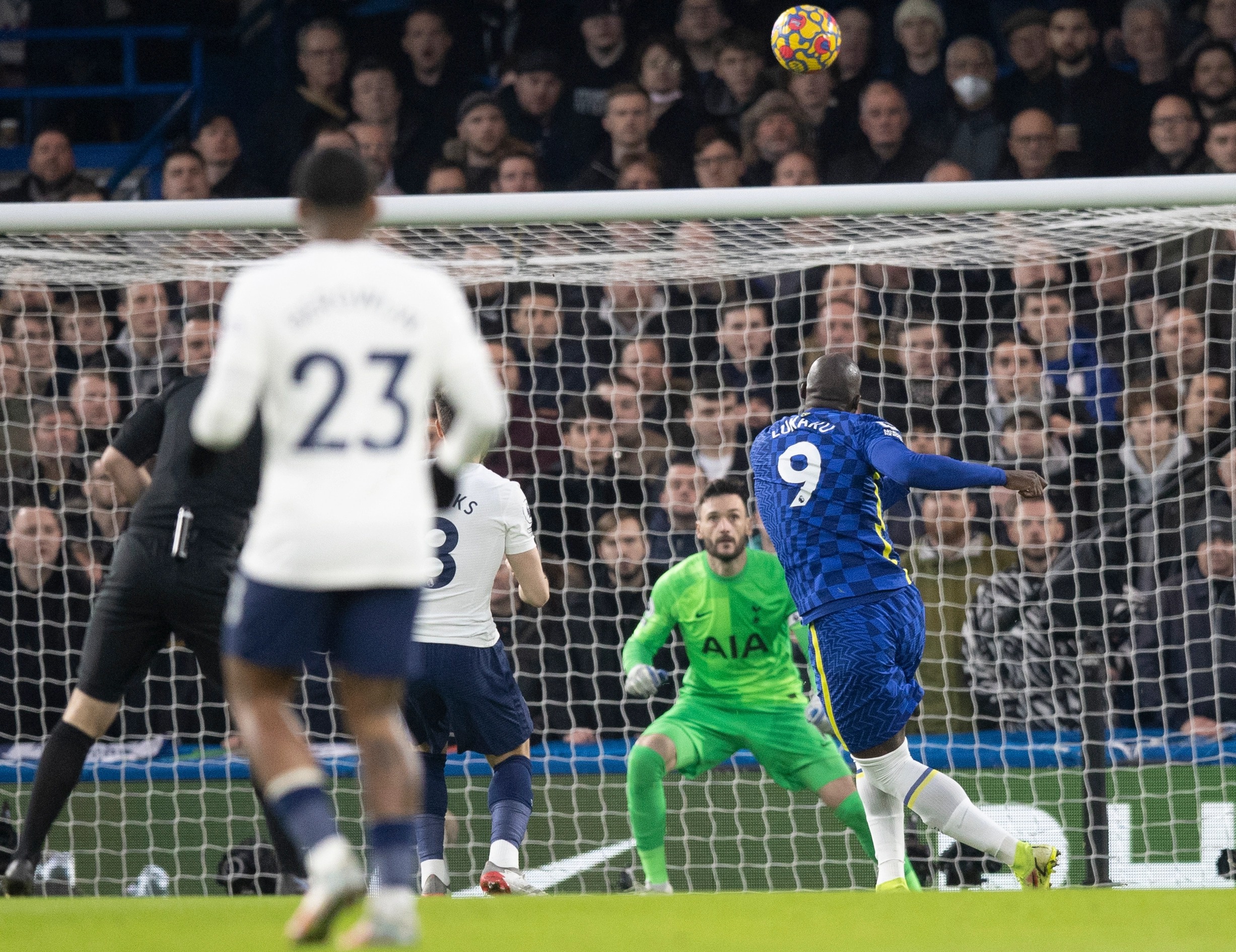 Romelu Lukaku blazed this huge chance over the bar inside the first few minutesCredit: Richard Pelham / The Sun

Came on with the Blues 2-0 up and shut the game down effectively to secure the three points.

Not enough time to have an impact.

Not enough time to have an impact.