The relentless Spaniard, 35, remains on course to break the men’s Grand Slams record this Sunday as he eliminated Canadian Shapovalov 6-3 6-4 4-6 3-6 6-3 in the quarter-finals.

Denis Shapovalov labelled the umpires at the Australian Open ‘all corrupt’ in a blistering rageCredit: AFP 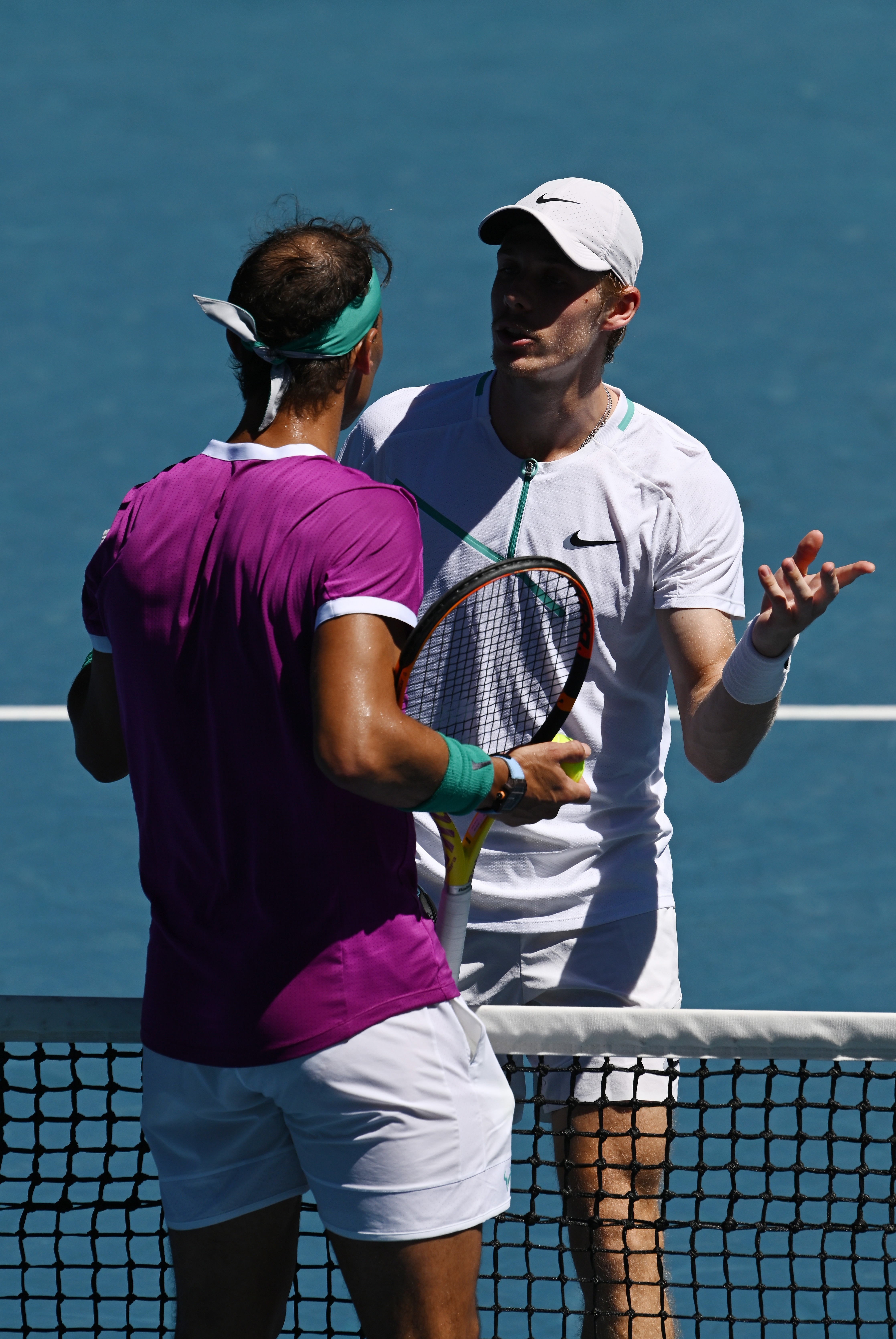 He was unhappy with how long Rafael Nadal took to get ready for points in their quarter-finalCredit: Getty

Nadal was ‘completely destroyed’ by acute stomach pains throughout the four-hour combat and was given pills by a doctor to help settle the dodgy guts.

Yet Canadian Shapovalov was unhappy with the time it took for Nadal to restart play, slamming Carlos Bernardes and questioning his integrity for not issuing a time violation at the start of the second set.

The 22-year-old said to the chair umpire on court: “You started the clock so long ago and he’s still not ready to play. You’ve got to [time violation] code him.

Shapovalov, coached by Andy Murray’s ex-trainer Jamie Delgado, was later asked if Nadal gets preferential treatment and he replied: “Of course. 100 per cent he does. 100 per cent.

“Every other match that I have played, the pace has been so quick because the refs have been on the clock after every single point.

“He’s given so much time in between sets and all this. It’s just dragged out.

“How can you get evaluated medically and have a toilet break at the same break and just causing so much delay in the game? It’s just not balanced.

“I think I misspoke when I said the umpire is corrupt. It was definitely emotional but I do stand by my side. It’s unfair how much Rafa is getting away with.

“I respected everything that Rafa has done and he’s an unbelievable player. But there have got to be some boundaries and rules.

Nadal, now featuring in a 36th major semi-final, denied the charge, responding: “I really believe that on the court you don’t deserve better treatment than the others.

“I have a huge respect for Carlos and he’s a great umpire.

“I never feel that I had advantages on court. I really believe that Denis is wrong in that case.

“I honestly feel sorry for him. He played a great match for a long time. Of course is tough to accept to lose a match like this.”

Nadal will have two days off to recover before Friday’s semi-final.

But he will need that time off after serving a record 11 double-faults and struggling physically in the heat on the Rod Laver Arena.

The Mallorca star, who won the Australian Open in 2009, said: “I started to feel not very well in my stomach.

“I took some tablets to try to improve the stomach problem I had.

“I was trying to survive in some way, wins my serves and then expect a miracle on the return.

“It was a very emotional match, very tough physically and mentally. The stomach was closing and I was not able to breathe the perfect way.” 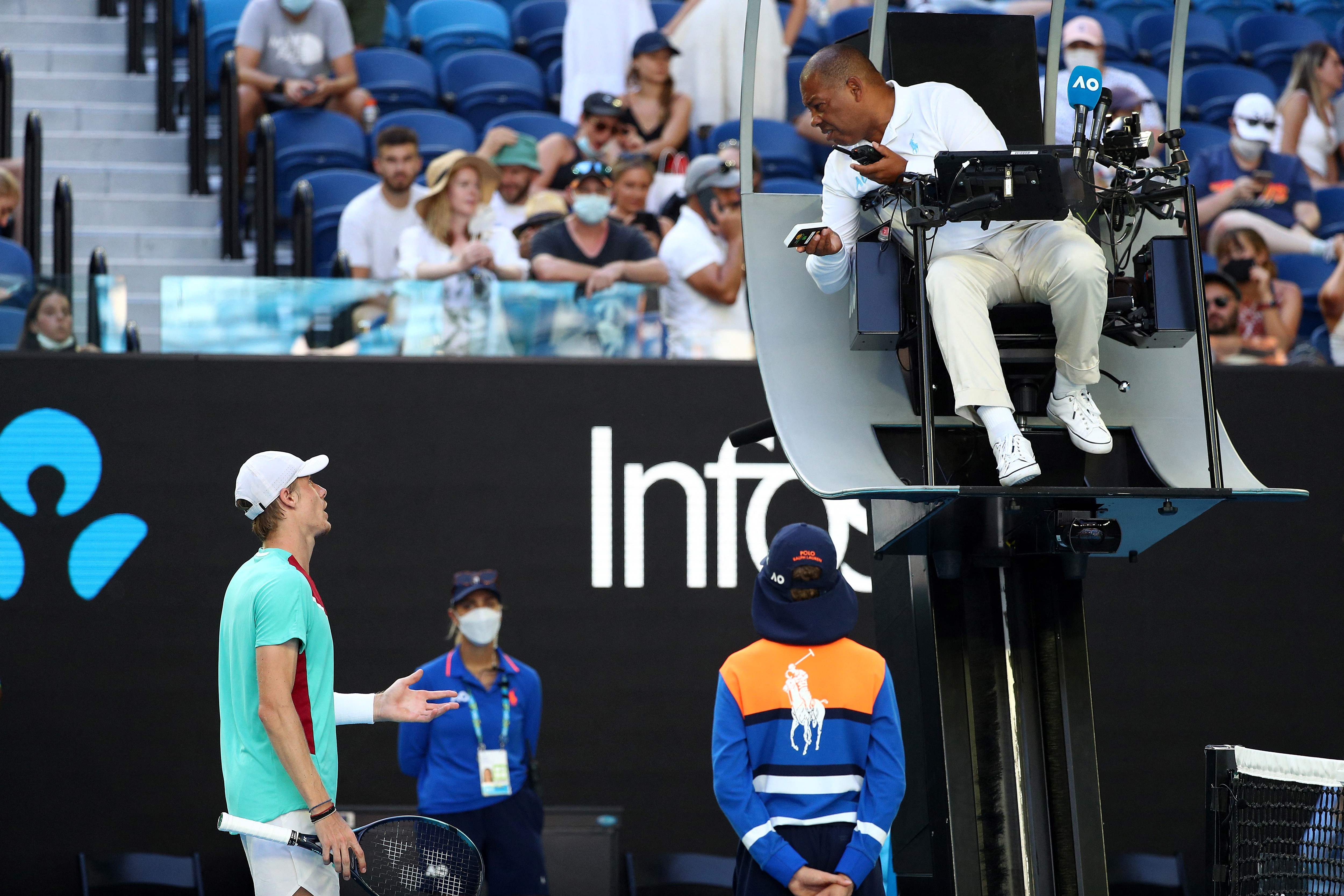 Shapovalov complained to Carlos Bernardes throughout the matchCredit: AFP 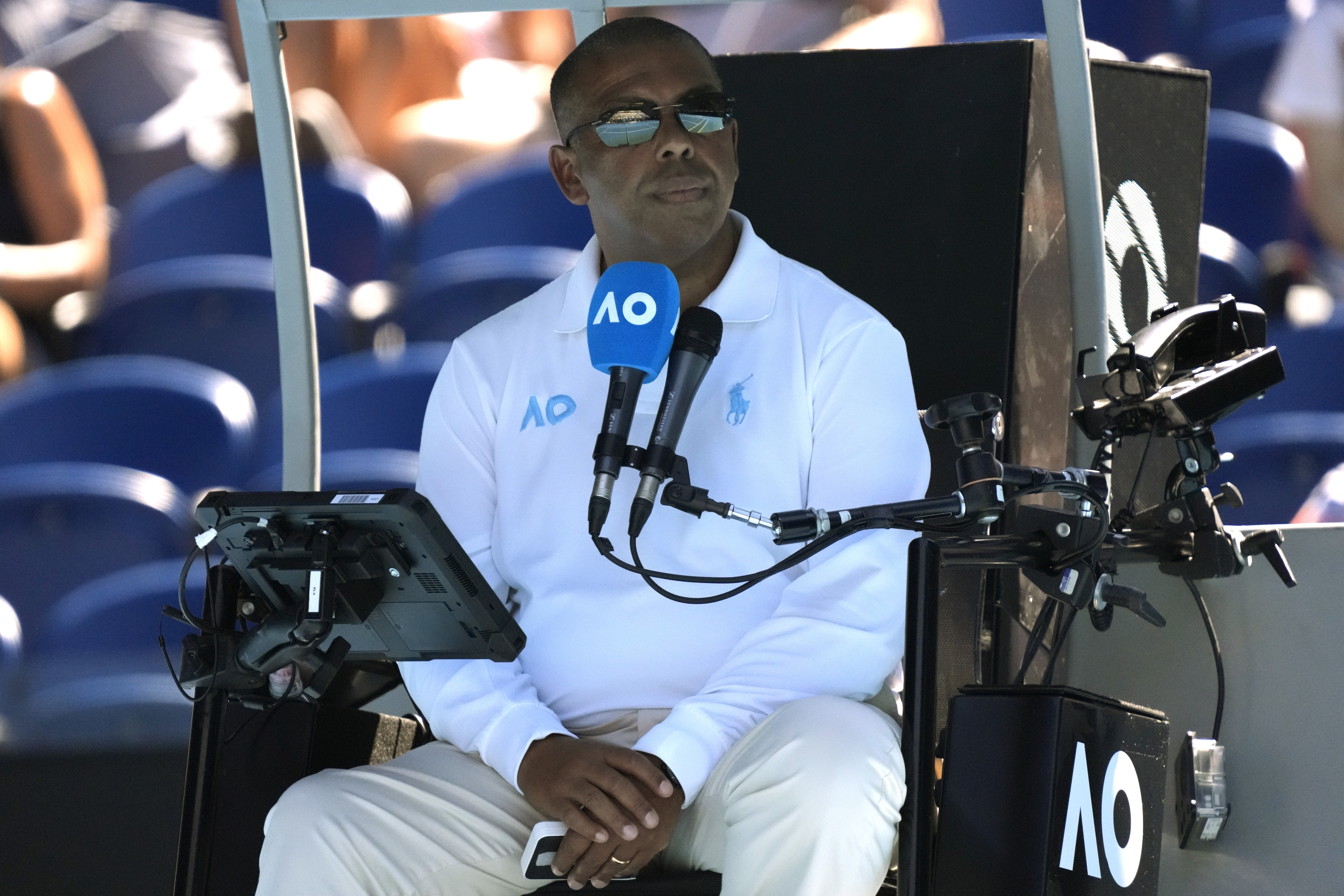 The experienced chair umpire would not be moved by the Canadian’s complaintsCredit: AP