YAYA TOURE has offered his services to cash-strapped Barcelona as they continue to struggle under manager Ronald Koeman.

The Manchester City legend, 38, insists he’s ‘available’ if his former employers need him – although it’s unclear if that’s as a player or coach.

Yaya Toure played for Barcelona between 2007 and 2010Credit: AFP 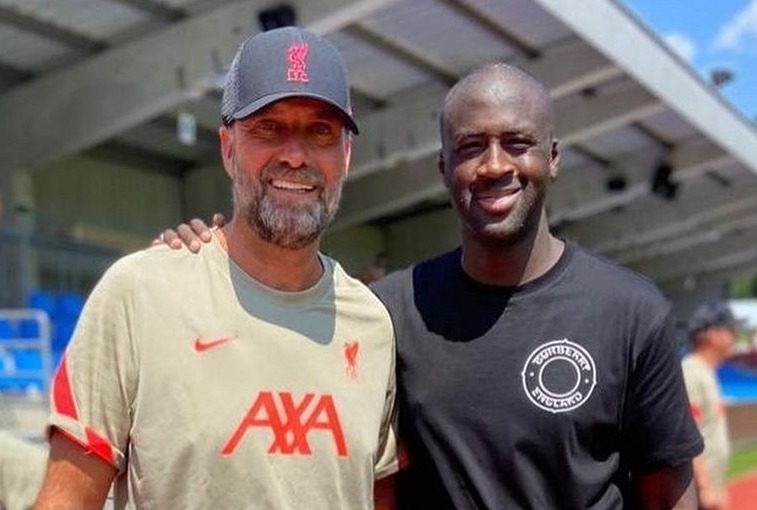 The midfielder is currently the assistant manager of Russian side Akhmat GroznyCredit: Instagram @realtoureyaya

Ahead of Barca’s game against Atletico Madrid on Saturday evening, Toure tweeted his support for the Catalan giants.

He wrote: “My time at Barcelona was one of the best memories of my playing career.

“The club decided to trust me when I was still a young player, yet to establish myself in the top leagues.

“I will forever be grateful to the club for what they have done for me.”

Barca went on to suffer a 2-0 defeat to Atletico at the Wanda Metropolitano, leaving Koeman’s side NINTH in LaLiga.

The result comes after the Catalan giants lost both of their opening Champions League fixtures to Bayern Munich and Benfica.

Barca are reportedly more than £1BILLION in debt and have been forced to say goodbye to several stars, including Lionel Messi.

The team need all the help they can get at the moment… but Toure is unlikely to be wearing a pair of boots anytime soon.

The Ivorian played for Barca between 2007 and 2010, although he hasn’t made a professional appearance for nearly TWO YEARS.

But Toure, who is currently the assistant manager of Russian side Akhmat Grozny, could join the Spanish club’s coaching staff.

‘FOREVER WITH THE CLUB’

Fans are calling for Koeman to be sacked after their woeful start to the season and a managerial change could be on the horizon.

Toure added: “It may be a difficult time for the club but my belief for Barcelona is strong.

“I will always be available for the club should they need me anytime as my heart is forever with the club, the people and the fans!”