THE start of the UEFA Women’s European Championship is just three weeks away, with some of the world’s finest footballing talent flocking to the UK.

The tournament gets underway at Old Trafford on Wednesday, July 31 when England take on Austria.

England were knocked out at the semi-final stage by eventual winners Netherlands last time out. Credit: Getty 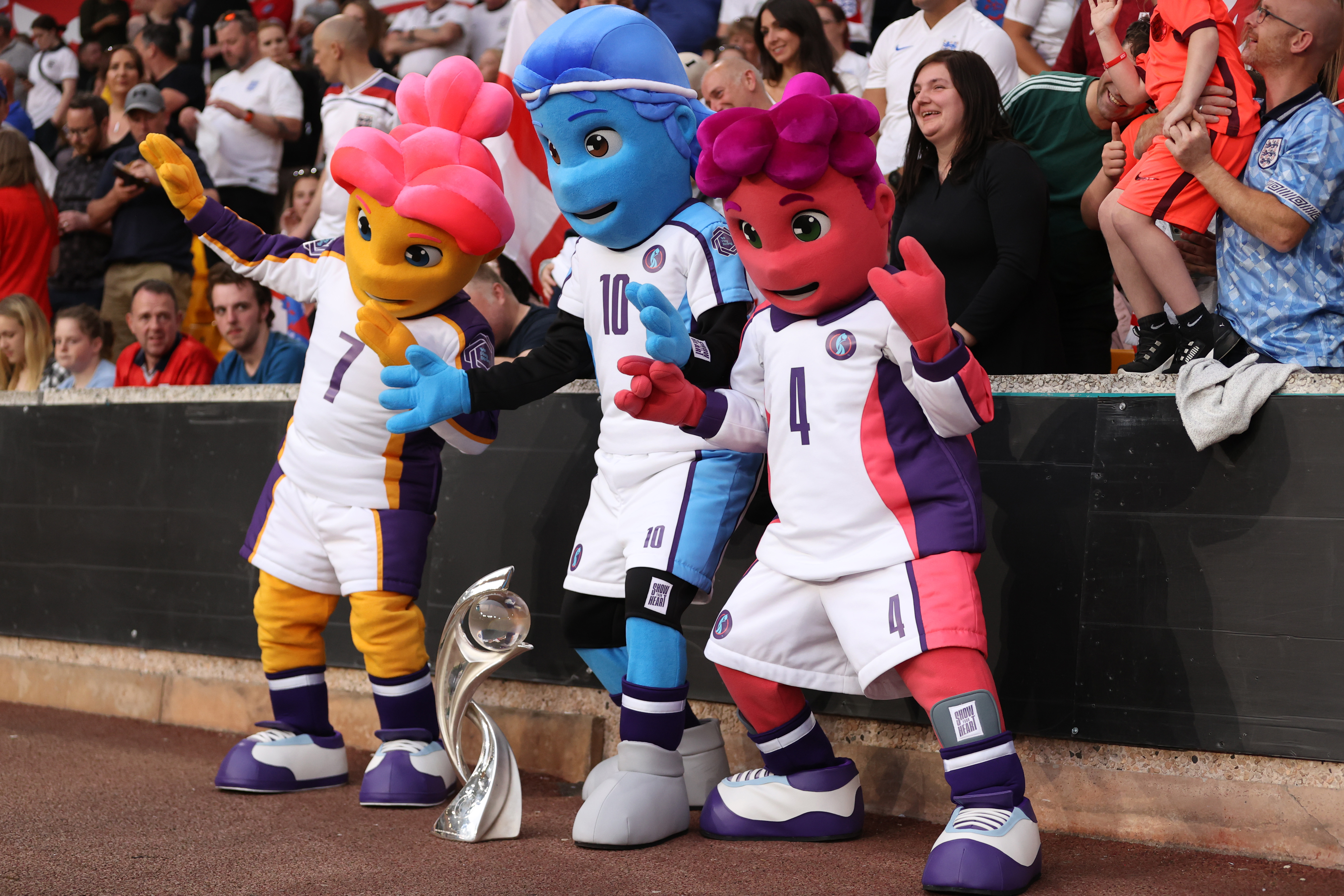 Womens Euro 2022 mascots at the England vs Belgium friendly at Molineux this week. Credit: Getty

It culminates at a sold out Wembley Stadium on Sunday, July 31 – a game that has forced the Liverpool vs Man City Community Shield clash to be moved.

England named their squad for the tournament this week, with legendary former captain Steph Houghton left out.

Houghton has not played since January amid a devastating Achilles injury, and misses out on the squad for the first time in five major tournaments

Summer’s main event will take place from Wednesday, July 6 with hosts England opening the tournament against Austria at Old Trafford.

There will be a total of ten stadiums in eight cities around the country where games will take place.

And the tournament is set to have two kick off times – 5pm or 8pm UK time.

Group fixtures will conclude on Monday, July 18 with only the top TWO teams from each group progressing to the knock-out phases.

What TV channel will the Women’s Euro 2022 be on and can I live stream it?

Below is the full schedule list of the entire tournament including the knock-out stages.

All kick-off times are in GMT time zone

Talking to the audience at the tournament’s draw in October 2021, Kessler said: “To reach this next level, we will raise standards across the bar.

“For the media, for the fans and particulary for the players.

“Players whose skills, passion, power and personality inspire a whole new generation of football-obsessed girls and boys and leave a legacy across Europe and beyond.”