JACK GREALISH came off the bench for England against Italy in the Euro 2020 final – leaving one cheeky fan delighted.

A blonde woman was caught on TV cameras waving a football shirt with ‘Mrs Grealish 69’ on the back as her hero came on. 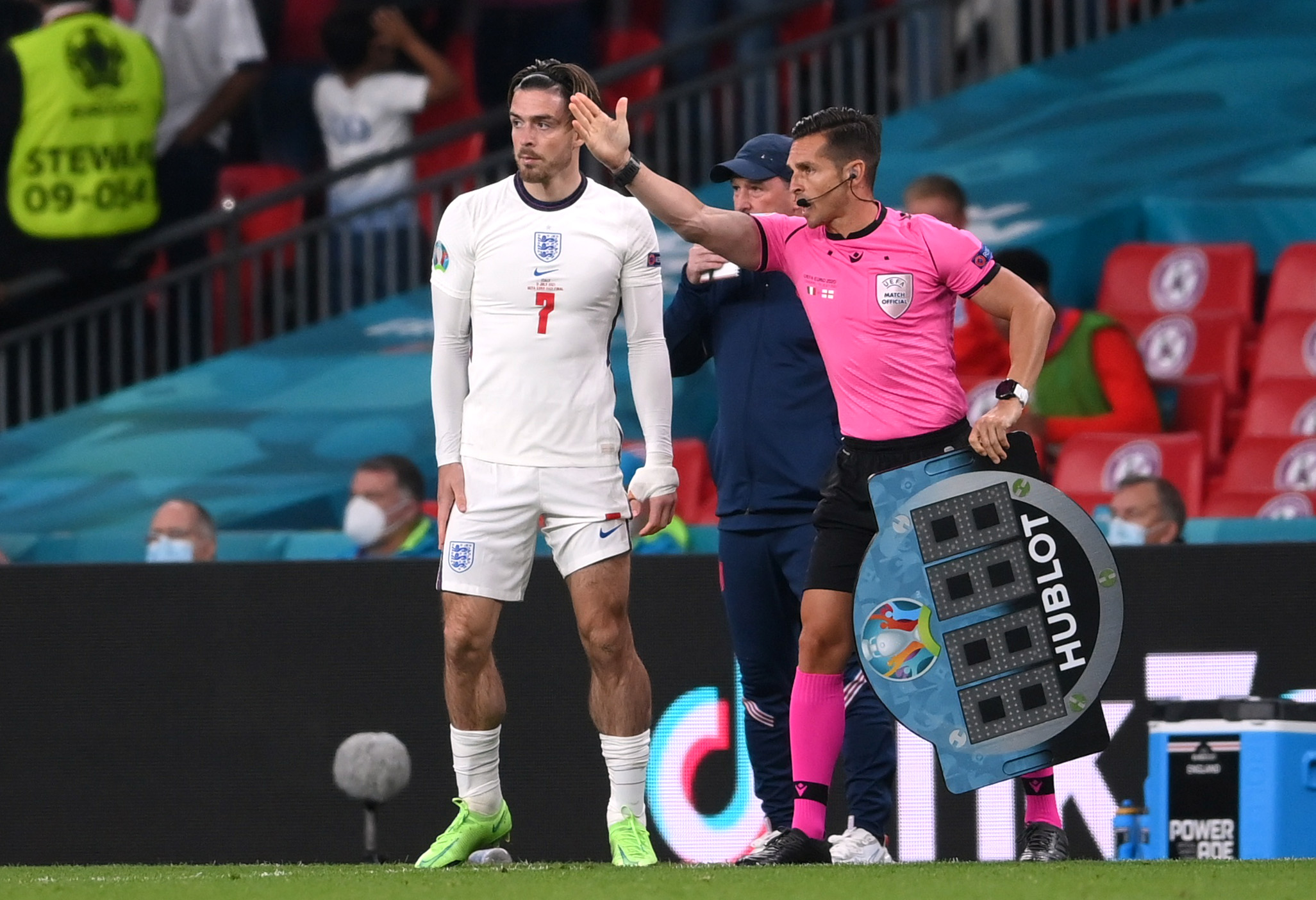 Jack Grealish came on in extra-time – and one fan in particular was delightedCredit: Reuters

Mrs. Grealish 69 on a United shirt my head’s fallen off 😭

And she was not finished their with her hopefulness – she was holding up a Manchester United ‘Zebra’ shirt.

The Red Devils are just one of the clubs Grealish has been linked with, despite his side Aston Villa being desperate to keep hold of him.

Unsurprisingly, the clip of her showing her love for Grealish was the talk of Twitter.

‘Oli’ wrote that his ‘head had fallen off’ after seeing the excited fan with another adding that she was ‘a hero’.

Luis Paez-Pumar posted that the woman was his ‘new icon’ while Mike Williams wrote that seeing her left him ‘howling’.

Unfortunately the fan, like the rest of the nation, won’t have left Wembley too happy.

England fell to a 3-2 penalty shoot-out loss to Italy as the wait to win a major tournament goes on.

The game was tied 1-1 after normal time and then extra-time.

Mrs Grealish 69 is my hero

my heart goes out to the girl with the mrs grealish 69 top, love u icon x

Luke haw had fired the Three Lions into a stunning two-minute lead with an inch-perfect volley from Kieran Trippier’s cross.

But rugged centre-half Leonardo Bonucci levelled things up on 67 minutes.

It was no more than Italy deserved, with Roberto Mancini’s side dominating possession and having far more chances on goal.

But in the end it was the dreaded spot-kicks that separated the two sides as Italy won Euro 2020.