IT was a night when Spurs said farewell to one South American – and finally saw the emergence of another.

Carlos Vinicius netted twice to put this contest to bed before the break. 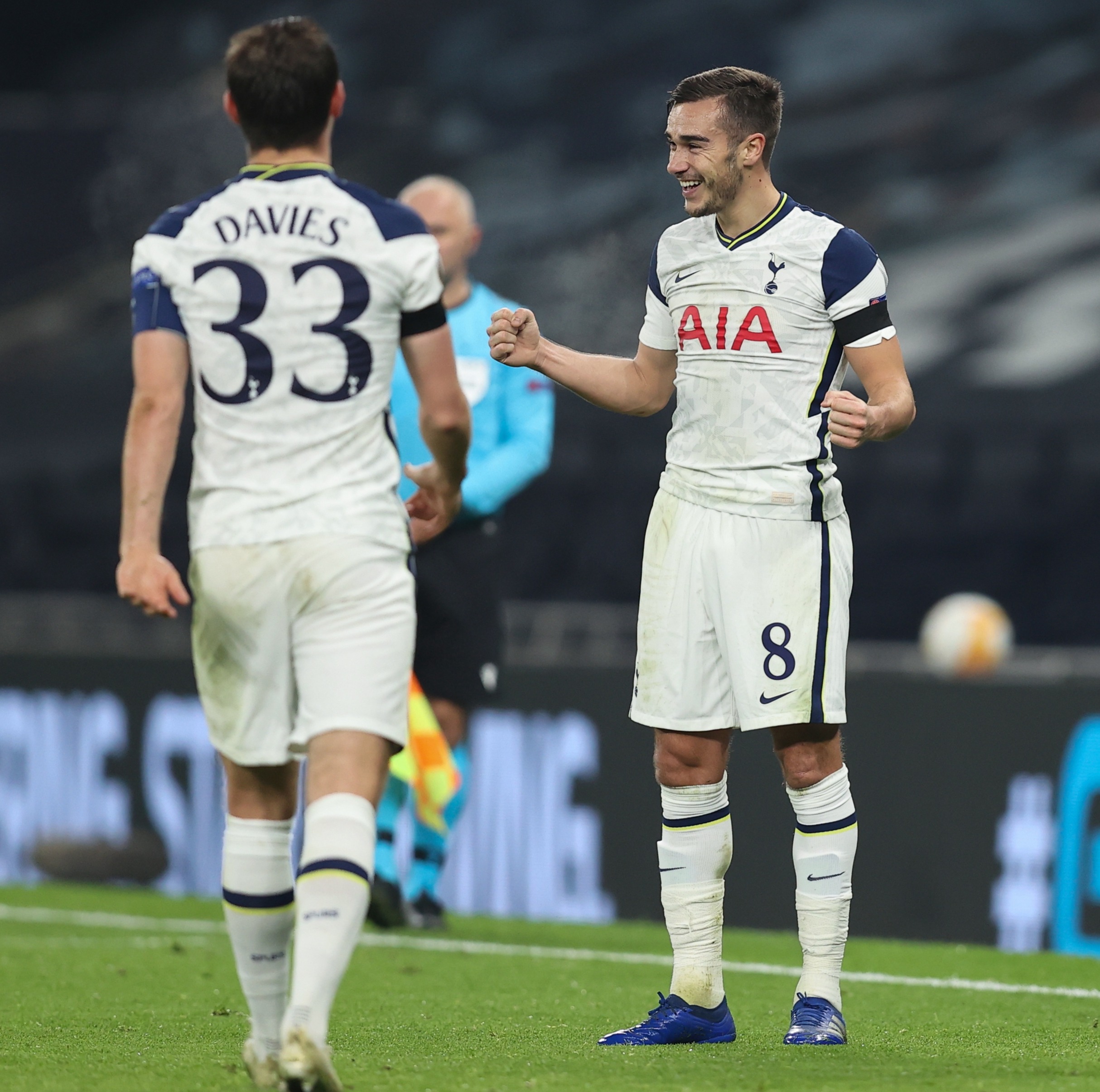 Winks bagged his first goal for almost two years – and in some styleCredit: Getty Images – Getty 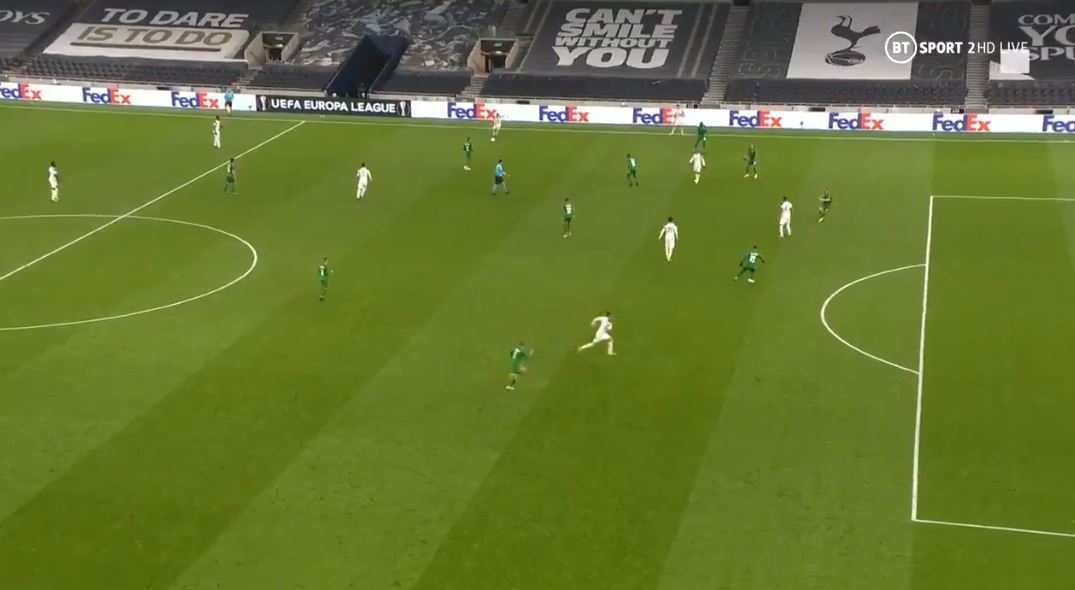 Harry Winks scored from this far out on a memorable night

Harry Winks – with an effort from 56 YARDS – and Lucas Moura then scored in the second half to fire the Prem leaders to the verge of the Europa League last 32.

They were Brazilian striker Vinicius’ first goals for the club since he joined on loan from Benfica with a view to a £38.2million permanent switch at the end of the season.

If he carries on like this, that fee would prove a bargain.

Before kick-off both teams paid tribute to Diego Maradona who died on Wednesday at the age of 60.

Tottenham has always been London’s Argentinian club since the arrivals of Ossie Ardiles and Ricky Villa in 1978.

Mauricio Taricco then followed in 1998, paving the way for Erik Lamela, Juan Foyth, Paulo Gazzaniga and Giovani Lo Celso – obviously not forgetting ex-boss Mauricio Pochettino and his backroom team who also hailed from the land of corned beef.

Not even the Falklands or Federico Fazio have managed to ruin this special bond between club and country.

With Lamela injured and Lo Celso there were no Argentines in Tottenham’s matchday squad as boss Jose Mourinho made TEN changes to his starting line-up, with only Tanguy Ndombele keeping his place from Saturday’s 2-0 win over Manchester City. 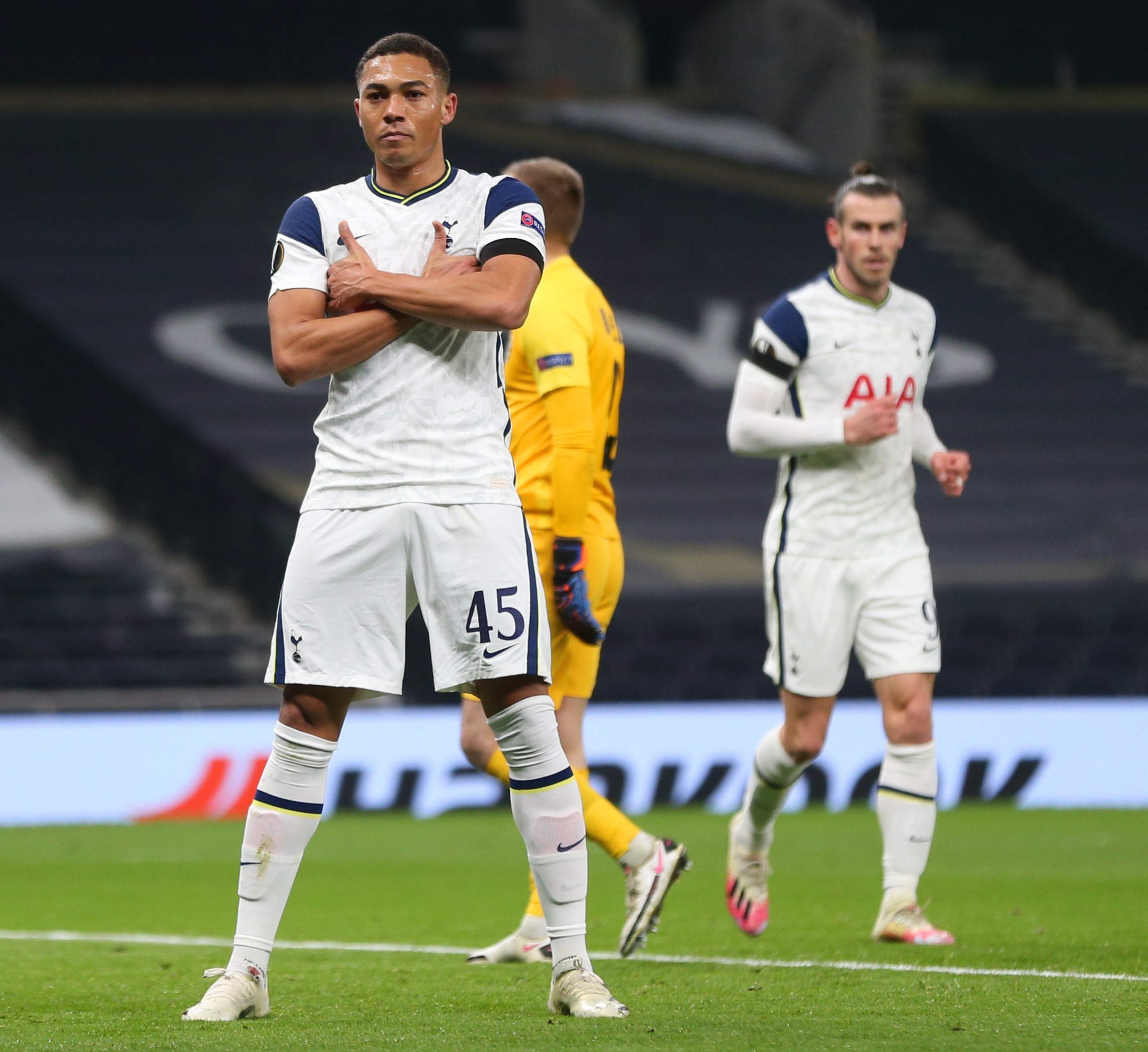 Carlos Vinicius scored his first goals for Spurs in the rout – and celebrated like Kylian MbappeCredit: Getty Images – Getty

Harry Kane started on the bench which was a shame because the visitors had Anicent ABEL in their line-up for this clash of hardly biblical proportions.

But there was a recall for Dele Alli, who was much more like his old self in his first appearance since being subbed at half-time of the 1-0 defeat at Royal Antwerp four weeks ago.

Looking leaner, fitter and sharper the midfielder capped a fine display by setting up both of Vinicius’ first-half strikes.

The Samba star broke the deadlock with a neat 17th-minute finish after Ludogorets defender Dragos Grigore had deflected Alli’s intended pass to Gareth Bale into his path.

Alli then showed great class and unselfishness by passing up the chance to score himself and cleverly reversed the ball for Vinicius to add a second in the 36th minute after Plamen Iliev had only been able to parry Ndombele’s low drive from the edge of the box. 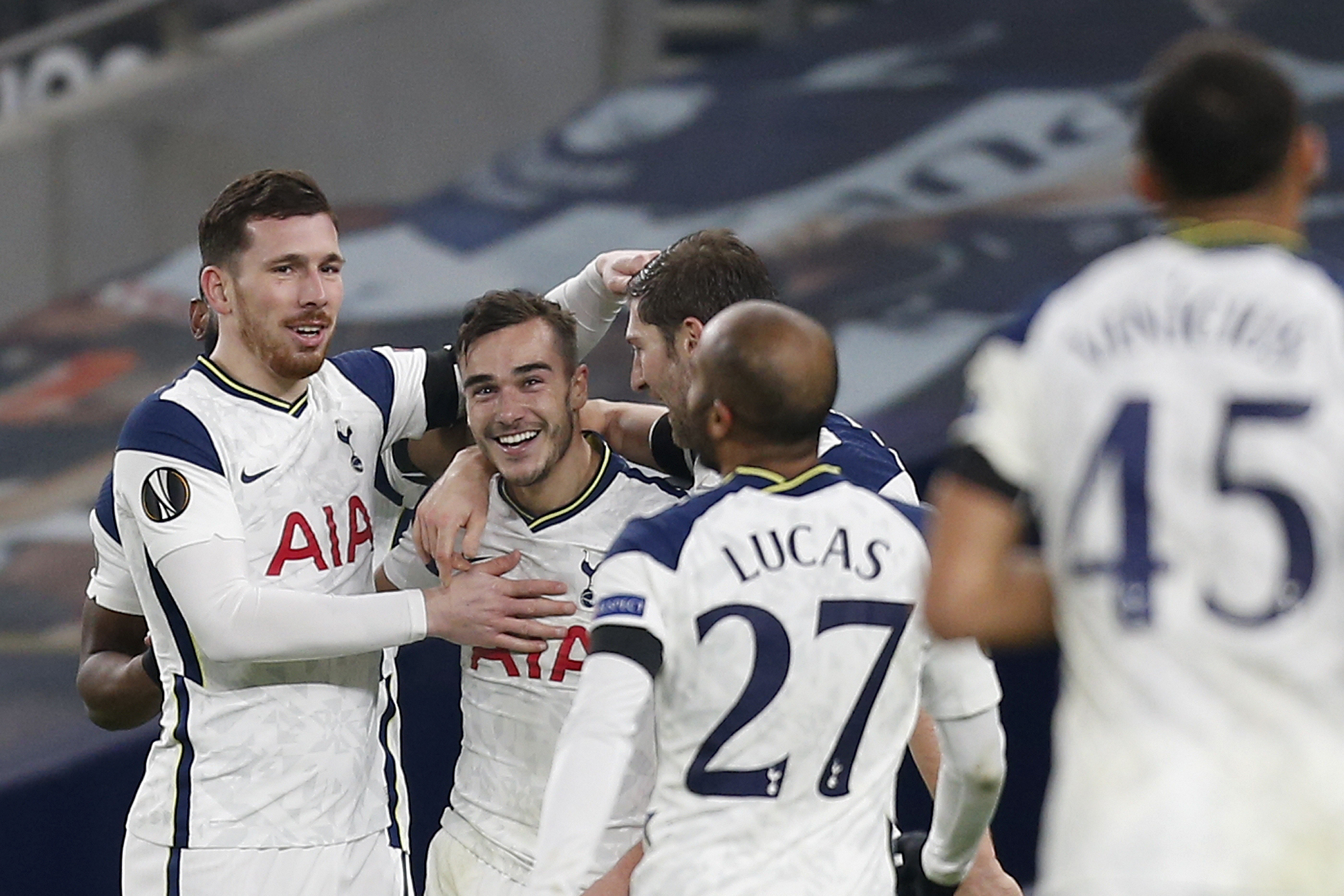 Winks later admitted he didn’t mean to shoot at goal and was looking for Gareth BaleCredit: AP:Associated Press

The lead was no more than Spurs deserved as Bale, making his fifth start since returning on loan from Real Madrid, had popped a couple of shots over the bar from distance.

And Winks went close with a 30-yard snap shot that went just wide of the post with keeper Iliev rooted to the spot.

Ben Davies also fired a volley against the outside of the near post moments before Vinicius scored the second.

Fellow Brazilian Moura nearly made it 3-0 moments after with another powerful long-range shot as Tottenham’s South Americans showed the skills and flair Maradona was famous for.

Heaven knows what they have made of the cricket matches which have now become a regular feature after first-team training sessions at Hotspur Way.

With Ludogorets yet to register a win in Group J, they were always going to be stumped here.

But the expected cricket score never materialised, despite a very satisfactory night’s work by the hosts.

Winks made it 3-0 in the 63rd minute when he collected a throw-in way out on the far touchline and lofted the ball over Iliev and in off the underside of the bar from more than 50 yards.

He later admitted it was a fluke – but neither Winks, Spurs nor Mourinho will care about that in the morning.

Moura then completed the rout when he sidefooted home the fourth ten minutes later after more good work from Alli and Vinicius.

It means a draw at LASK in Austria on Thursday will be enough to see Tottenham book their place in the group stage.

This game may not live long in memory of many but it was momentous for 16-year-old Dane Scarlett who became Tottenham’s youngest player when he came off the bench to replace Moura with eight minutes left.