THREE people died and a British couple with their baby attacked in post Euro 2020 celebrations in Italy.

Officials revealed one of those killed was a notorious drug trafficker shot dead as hit men used the sound of fireworks to cover a hail of bullets.

Matteo Anastasio, 42, was killed instantly in the attack and his six year old nephew was hit by a stray bullet and left fighting for his life as the two joined hundreds of other fans celebrating.

Cops said he was targeted in a feud between rival dealers in the town of San Severo near Foggia in southern Italy home of the local mafia known as the Societa Foggiana.

Video taken at the scene by bystanders who had poured into the streets shows a scooter he was riding on lying on the road and gunshots can be heard.

Cops said he was shot five times with his nephew also hit and paramedics raced the pair to a nearby hospital where Anastasio later died and his nephew was today said to be fighting for his life.

Anastasio’s brother Giuseppe was killed in another hit in 2017 and it was his child who he was with when he was targeted.

A police source said: “The gang used the cover of celebrations to carry out their attack and had no qualms about a small six year old boy being caught in crossfire.”

Anastasio, who has several convictions for drug trafficking, was a known associate of boss Frank Nardino, nicknamed Kojak, who is currently serving 18 years jail.

Meanwhile a man was said to have drowned in Venice after falling into a canal and a teenager died in a car crash in Sicily as he celebrated the Italian victory.

Elsewhere a British couple with an 18 month old baby were forced to flee an open air screening of the game in Poggio Torriana near Rimini after being surrounded and attacked by yobs.

The couple are from Kent and have two children one 18 months and another just two weeks old.

He is a professional businessman and told The Sun: “Sadly it was one of those things. You get drunk idiots everywhere but you would have hoped not in a small Italian village square.”

Pal Claudia Guidi, who was with the couple who did not want to be named, said: “It was awful. They jumped up and down to celebrate the England goal when they were insulted and jostled.

“A group of drunk Italian fans told them not to celebrate and to go elsewhere and they were being very rude. They could see my friends had a baby but they still carried on and became more and more aggressive.

“At that point we decided to leave and go to my house but this group followed us to the car park and carried on insulting and threatening my English friends. They were screaming in to the husband’s face and the behaviour was appalling.”

Last night the mayor of Poggia Torriana Ronni Raggini apologised to the couple involved and said he was ‘appalled by the behaviour which is not normal for the town’. 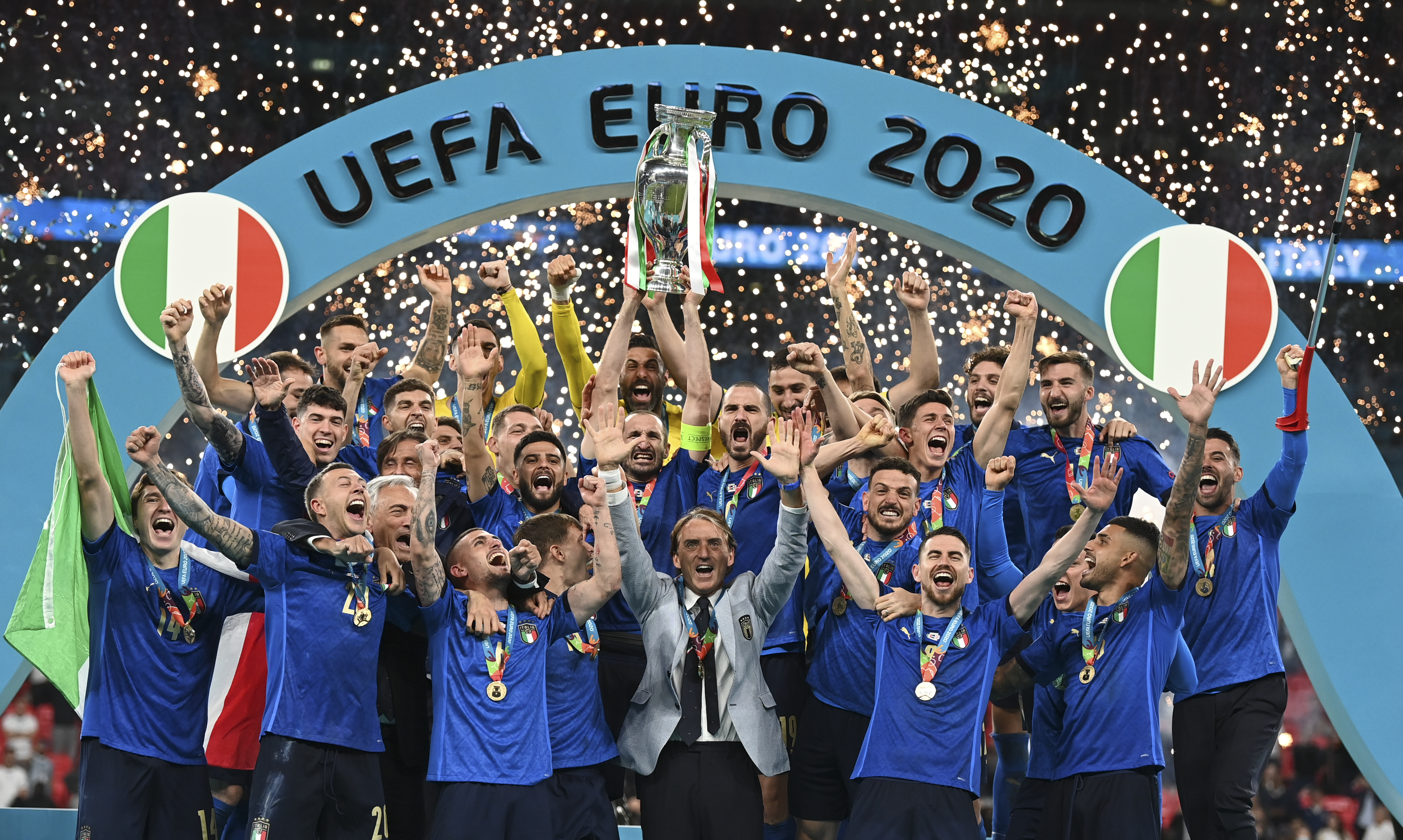 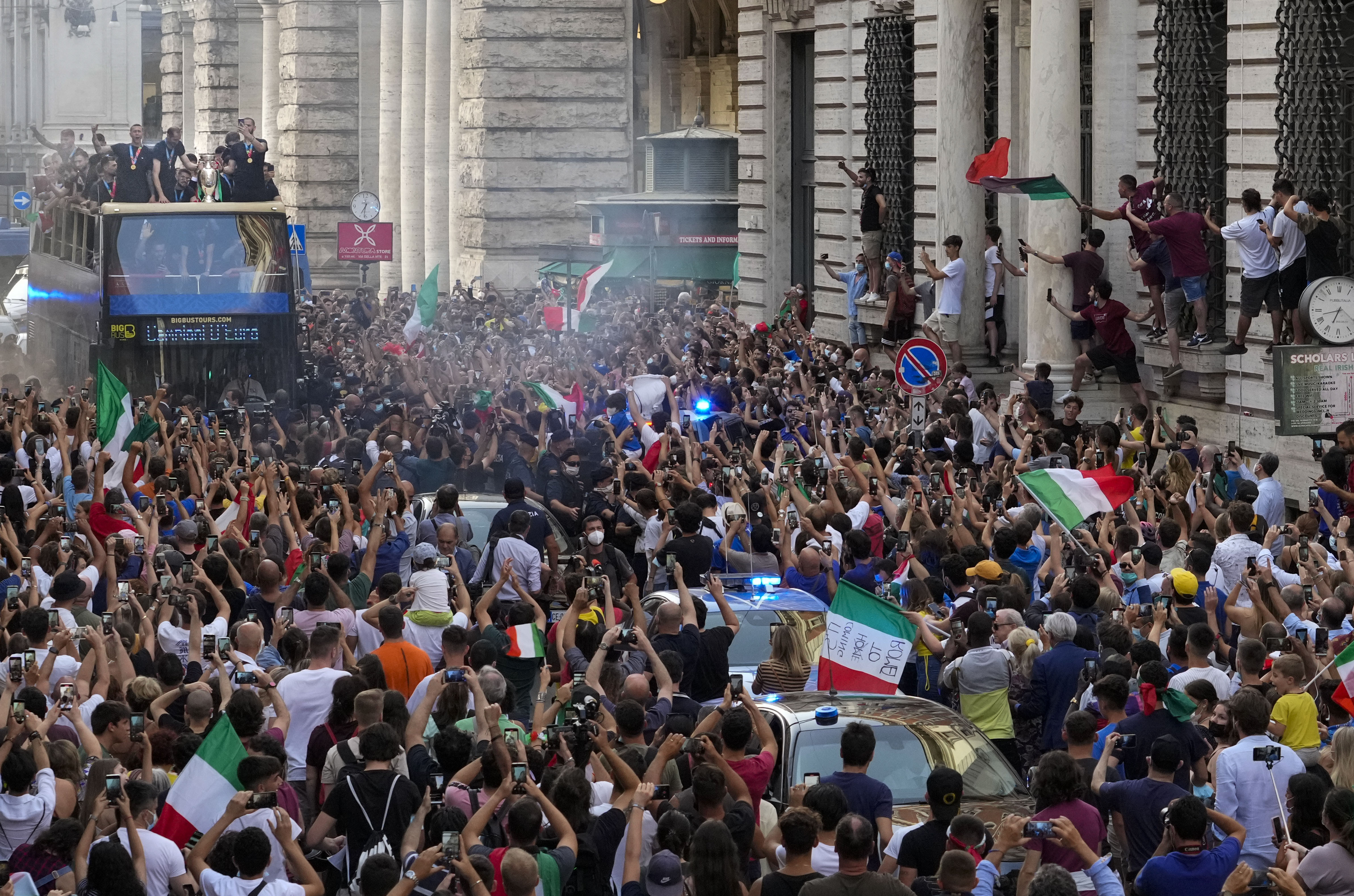 Italy players and management were greeted by thousands of fans on their open-top bus celebration in RomeCredit: AP