But the Lionesses boss warned helping the striker break Kelly Smith’s all-time scoring record will not be the team’s priority against Austria.

Ellen White is in line to make her 100th senior appearance for England when they play AustriaCredit: Reuters

England face their sternest World Cup qualifier test against their rivals at the Stadium of Light with both sides unbeaten in Group D after four games.

And their upcoming clashes in Sunderland and Doncaster could see White surpass Smith’s tally of 46 goals with the Manchester City ace, 32, just three short of equalling this figure.

On whether the Lionesses will be looking to help White break the record, Wiegman, 52, said: “It doesn’t matter who scores, we just have to score goals as a team.

“We’ll be really happy when she breaks the record, but it’s not our main point to have Ellen score. We (as a team) have to score the goals.

“Ellen is focusing on the game and it is going to be a special one. Hopefully, she will have a great performance for herself and for the team.

“She has had an amazing journey (in the game) and to reach 100 caps is so impressive.”

Skipper Millie Bright added: “Ellen is fully focused on the game and is a true professional. Everything she does is for the team.

“Obviously, it’s something that will be in the back of her mind, but her focus is 100 per cent on the team and going out and putting on a good performance for the fans.”

Austria, who are second and two points behind England in Group D, have won three and drawn one of their four qualifiers this year netting 21 goals.

Current players in the side that reached the 2017 Euros semi-finals include Arsenal keeper Manuela Zinsberger and Hoffenheim striker Nicole Billa.

But the visitores will be without skipper Viktoria Schnaderbeck with the Gunners centre-back currently out of action with an injury. 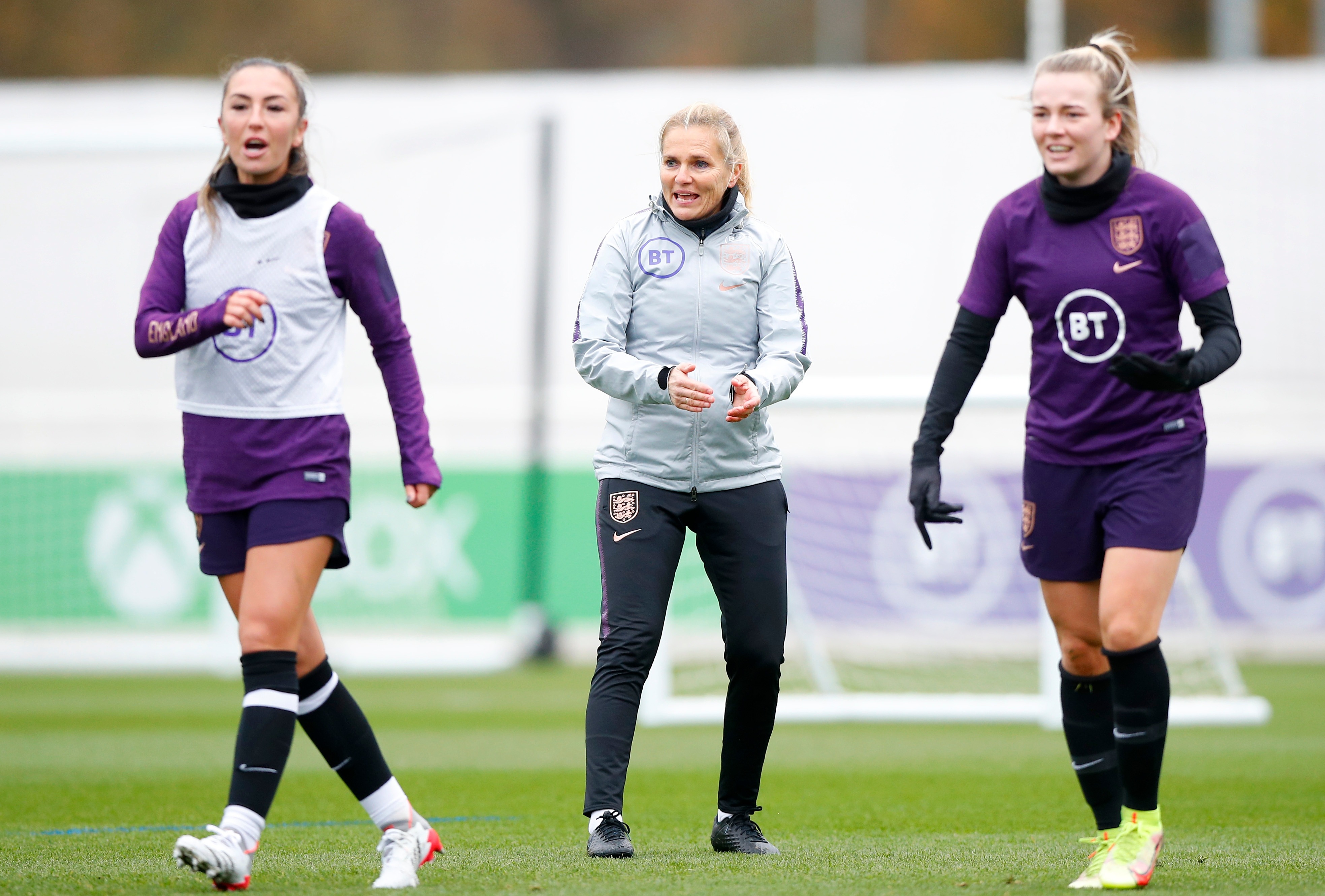 Sarina Wiegman expects Austria to be a tougher challenge for England followingCredit: Getty

Meanwhile, the Lionesses will be without stand-in skipper Leah Williamson due to hamstring problems with Bright set to captain the side in their next two games.

A win for Austria would see them leapfrog England to the top of Group D with Wiegman’s aces facing Latvia at Doncaster’s Keepmoat Stadium on Tuesday.

The team, currently ranked the 21st best side in the world, will be a stiffer test for England with the visitors yet to lose a qualifier clash.

Wiegman added: “They have a style of play that’s very organised. I expect a tougher game than any other we’ve played so far.”