CHRIS SMALLING has been hailed for his man of the match performance in Roma’s Europa Conference League final win.

The former Manchester United defender was a rock at the back as the Italians gritted out a 1-0 victory over Feyenoord in Tirana.

GettyChris Smalling poses with his man of the match award[/caption]

Smalling, 32, was on the Red Devils’ books for 10 years prior to his permanent transfer to Rome in 2020.

He has found a great new home in the Italian capital, becoming a popular figure abroad.

After his great performance helped his side win a trophy last night, Smalling received plenty of praise from fans online – with some also poking fun at Man United.

Giving the centre-back credit, one tweet read: “Chris Smalling left Man United as a “finished” player and now he’s won the MOTM in a Cup final. 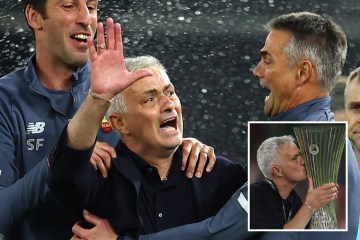 Get Liverpool at 30/1, or Real Madrid at 40/1 to win the Champions League title

“Moral of the story: Leave Man United if you still want to be great.”

While another user wrote: “Nah Smalling is literally 10 times the player Maguire is”

A third joked: “Where’s that old man that said Smalling is better than Maguire? He deserves a knighthood.”

Another added: “I’m happy for Chris Smalling. At least man has won something after leaving Man Utd.”

One Red Devils fan tried to laugh at the situation, writing: “We sold Chris Smalling but kept Eric Bailly and Phil Jones lol.”

After the match, Smalling himself revelled in the win, telling BT Sport: “We knew how much it was going to mean to everybody in Rome, and you can see how together we are, everybody fought until the end.

“We had to do that on a few occasions this year (fighting hard), we dropped a bit deeper than we maybe wanted to but we knew we had to do everything.

“You could see, strikers running back, everybody defending and we knew we had to win.

“Even when I first came to the club it had been a long time since they won a trophy, you can hear the fans. We knew how much it was going to mean, you can see we’ve got some of the best fans.”

Smalling has been capped 31 times by England, but hasn’t received a call up since 2017.

Asked about a potential Three Lions return, he said: “I would never close the door on something like but at the minute I’m clearly not in Gareth’s plans.

“But equally I would just focus on playing my games and I would never close the door on such an opportunity.” 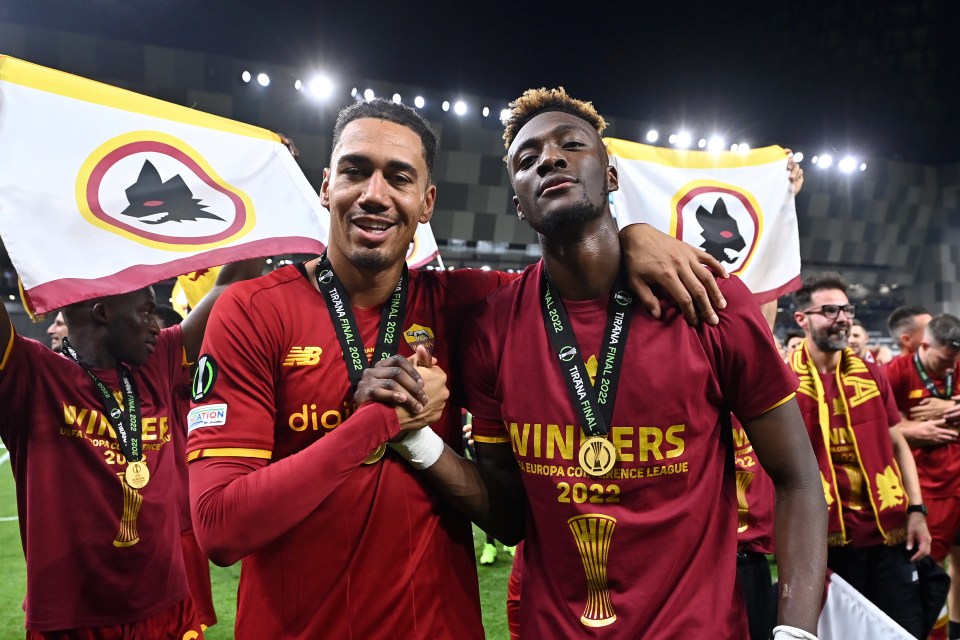