CHELSEA are under new ownership for the first time in two decades.

Roman Abramovich’s reign at Stamford Bridge was a popular one with supporters, but was brought to an end by UK Government sanctions following Russia’s invasion of Ukraine.

And the beneficiary of that situation was US billionaire Todd Boehly, whose consortium purchased the Blues for £4.25bn at the end of May.

Upon buying Chelsea, Boehly promised to take a hands-on role in running the club, in contrast to fellow Americans the Glazer family and Man Utd and the Kroenke family at Arsenal.

A statement from Boehly read: “We are honoured to become the new custodians of Chelsea Football Club.

“We’re all in – 100% — every minute of every match. Our vision as owners is clear: we want to make the fans proud. 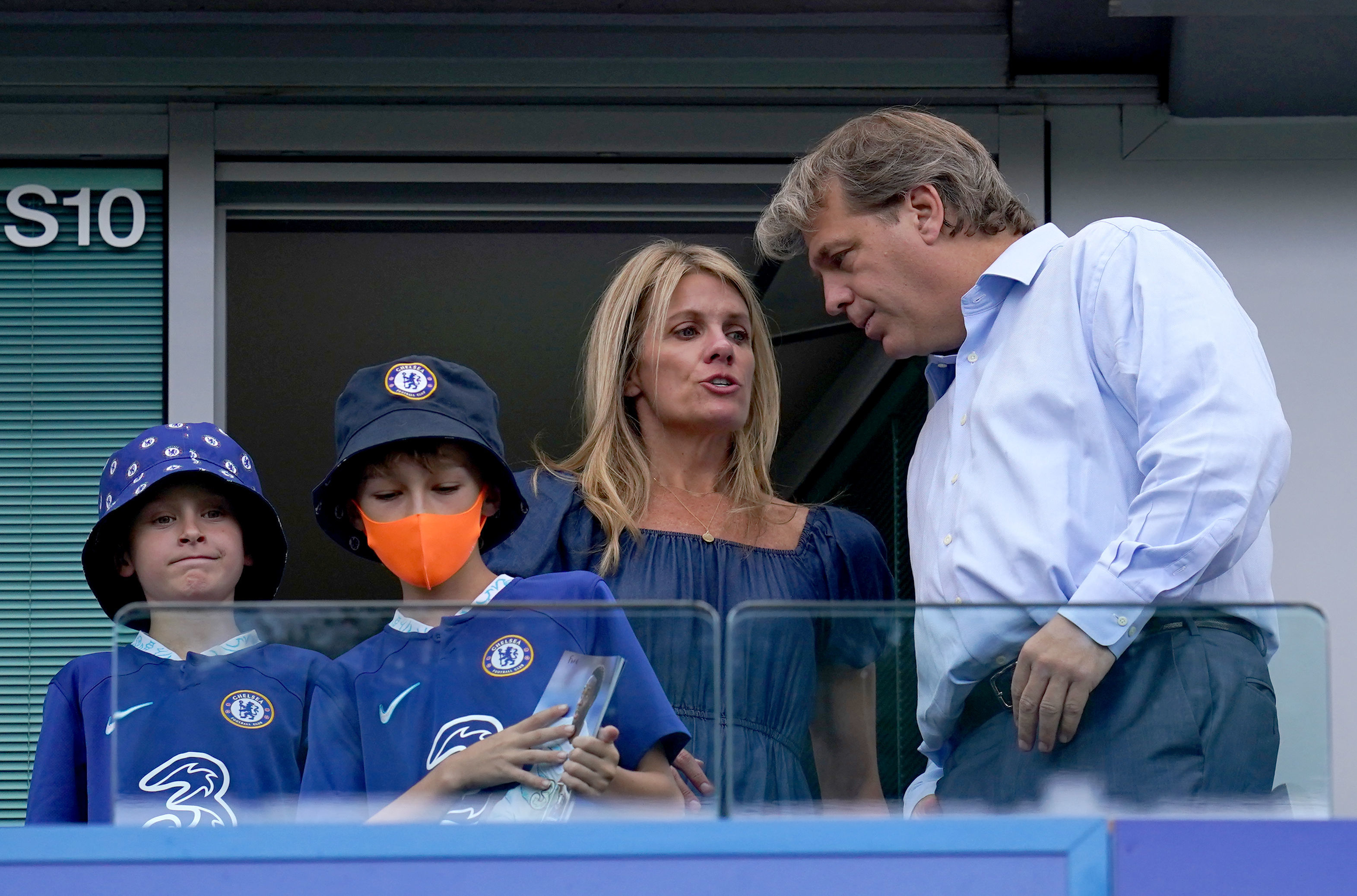 Todd Boehly and wife Katie at Stamford Bridge before kick-off against TottenhamCredit: PA

“Along with our commitment to developing the youth squad and acquiring the best talent, our plan of action is to invest in the Club for the long-term and build on Chelsea’s remarkable history of success.

“I personally want to thank ministers and officials in the British government, and the Premier League, for all their work in making this happen.”

And in his first match at Stamford Bridge as owner, Boehly looked very invested in proceedings as he attended with his wife Katie.

But what do we know about his wife?

Not a lot is known about her compared to her husband, but the couple married n September 6, 1998, at Evelynton Plantation in Virginia.

Prior to that, she graduated from William & Mary College in Virginia in 1995 with a BA in History.

She is a member of the university’s Society of 1918, which says it is dedicated to growing the engagement, leadership and philanthropy of W&M women.

In 2001, she transitioned to becoming a full time mother.

She has also served on the board of FACES (Finding A Cure for Epilepsy and Seizures) since 2017.