MARK GOLDBRIDGE is a YouTuber best known from the fan channel The United Stand – but it turns out that is not his real name and it is just an alias he created for himself.

Here’s everything we know about the YouTube star and talkSPORT presenter.

Who is Mark Goldbridge?

Goldbridge launched The United Stand in 2014 under the name Soccer Box TV, before later changing it to focus on Manchester United.

The Manchester United fan rose to YouTube fame providing content based on his club’s results and news, as well as live commentary and reaction to games. 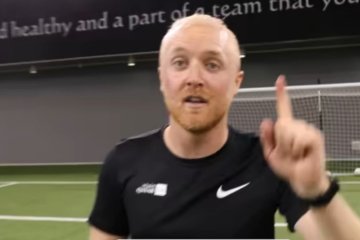 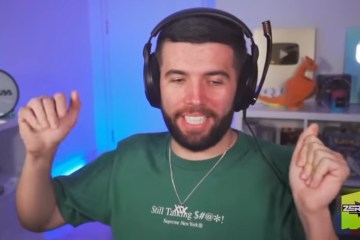 Often angry and upset at United’s results, viewers have been treated over the years to some memorable outbursts, catapulting the YouTuber to ever increasing heights of social prominence.

His incredible success on social media platforms led to current employer talkSPORT seizing an opportunity to gain listeners, subsequently offering him a role as a radio presenter.

What is Mark Goldbridge’s real name?

Born in 1979, the 43 year old’s real name is Brent Di Cesare. He used to work as a police officer investigating financial fraud. He created the alias Mark Goldbridge when he began his YouTube career.

After being asked the inspiration behind the new name, with podcasts hosts at first thinking this was another alias, he explained that it was in fact his real name, and of Italian heritage.

Quizzed on why he created his alias, Goldbridge told the podcast it was down to his job at the time not allowing him to use his real name.

“When I started on YouTube my job would not have allowed me to use my real name,” he said. This makes sense as Goldbridge was formerly a police officer, holding the position when starting out on YouTube, the alias providing him protection and privacy when carrying out his police duties.

He said: “If you search the name Goldbridge I don’t think there’s anyone in the world with that name.”

What is Mark Goldbridge’s net worth?

It is estimated that Mark Goldbridge has a net worth of $1.5 million, according to LadBible.

Following the news about him managing the Sidemen team, it has become apparent that this won’t be his first rodeo managing a football team.

He was the first manager of his amateur football team United Stand FC, which participated in an influencer football competition in 2019.