ROLL UP! ROLL UP! SATISFACTION GUARANTEED!

The denouement of Big Vase was perfect, wasn’t it? Everybody who doesn’t support Manchester United was naturally thrilled to bits, while plenty of others sought solace in a result that reflected no glory on the despised Glazers (or on Ole Gunnar Solskjær if they’re in the subset of fans hankering for a slightly more proactive manager than one who embodies the seize-the-day positivity of Charlie Brown, spending 98% of the time peering morosely from the dugout at an indiscriminate point roughly 1,000 yards in the distance, only occasionally snapping out of it to pretend to take notes). That’s pretty much everyone in England covered, if our shoddy calculations and glib assertions are correct. What a night! Everybody happy! What a glorious nation!

And there’s great news! The possibility of more bitter, mean-spirited, small-minded, borderline sociopathic, quintessentially English fun is nailed on this weekend. With two Premier League teams contesting the final of Big Cup, someone’s guaranteed to end Saturday evening unhappy and crying and covered in snotters, and that, if we’re being brutally honest with each other, is the main motivation for most neutrals to tune in. Both have painful history in this competition against domestic rivals. Will Manchester City have their Big Cup dreams dashed once again by a 19-minute, three-goal defensive collapse and/or last-gasp VAR shocker? Or will someone from Chelsea slip and aquaplane hysterically across the turf on their Aris, wailing and covering themselves in nasal matter while doing so?

Those who cannot remember the past are condemned to repeat it, as the Spanish-American philosopher George Santayana sang on his 1970 hit Oye Como Va, and it’s possible that City have more to worry about. Few would argue that the Premier League champs aren’t the better side on paper, rightly going into the match as favourites, but Chelsea appear to have their number: they won both legs of the Cup Winners’ Cup semi in 1971, the only time these clubs have met in continental competition, and famously came out 5-4 winners in the 1986 Full Members Cup final. There are also the arguably more relevant recent wins in the FA Cup semi and the Sergio Agüero Humiliation Game, where Tommy T handed Pep his pips on a platter.

Another nine-goal thriller, whichever way it goes, would be just dandy. Especially as, whatever happens, a second schadenfreudefest in four days is guaranteed. Unless, that is, Uefa have invited both City and Chelsea over to Porto under false pretences, and will announce at 7.59pm local time on Saturday that this year’s final has been called off, null and void, by way of punishment for their involvement in that €uropean $uper £eague fiasco. Supporters of City and Chelsea will undoubtedly politely demur, but let’s be perfectly honest, that would round off the strangest of seasons in deliciously amusing fashion. Come on, Aleksander Ceferin, don’t let us down.

“What runs alongside the loss of my daughters is the knowledge that this is a country that’s prepared to accept this injustice and that’s why the system has to be changed. You can’t just say that’s it, that’s how it is. If something’s wrong you have to try and do something about it” – Jenni Hicks’s two daughters, Victoria, 15, and Sarah, 19, died in the Hillsborough disaster. Along with Steve Kelly, whose brother Mike also never came home, they talk to Alex Mistlin about the last chance of justice slipping away for families. And David Conn on an ordeal that has ended in insult.

Jenni Hicks, pictured at home in Liverpool, on the day after the collapse of the trial of two South Yorkshire police officers and a solicitor who were charged with perverting the course of justice. Photograph: Colin McPherson

Football Weekly Extra is here for you.

Speaking of which, tickets are available now for Football Weekly Live’s Euro Not 2020 preview special on 10 June. Get them while they’re hot.

If you value Big Website’s football coverage – or at least the bits that aren’t The Fiver – we’d love you to support it. If you already do, then thanks ever so much. And if you don’t and wanted to, you can do so by clicking here.

“Many years ago when Mohamed Al-Fayed bought Fulham, he announced that he was going to turn them into ‘the Manchester United of the south’. Now that both teams have made it to and lost Big Vase finals, are we to assume that the Glazers have finally succeeded in turning Manchester United into the Fulham of the north?” – Hanford Woods.

“Re: branding the Europa Conference thingy (Fiver letters passim). How about just renaming it ‘The Hundred’ as it is a completely pointless exercise and, let’s face it, nobody will be particularly fussed about it after three games?” – Alistair Moffat.

“All suggestions so far are missing the obvious fact that a vase is bigger than a cup, and both are vessels that can contain water. So logically we need to rename the Conference League after an even bigger water container. The most appropriate I could think of was ‘Butt’” – Chris Brock.

“I’m confused at the moaning about the pointless, contrived nature of the Conference League. Surely the timeless, honoured tradition of the prizeless letter o’the day was preparation enough?” – Seth Kleinschmidt [speaking of which, if anyone has anything they’d like promoted as a Fiver letters prize, do get in touch – Fiver Ed].

Send your letters to the.boss@theguardian.com. And you can always tweet The Fiver via @guardian_sport. Today’s winner of our prizeless letter o’the day is … Hanford Woods.

Ryan Giggs will face trial in January accused of deliberately headbutting his ex-girlfriend and controlling her throughout their relationship. 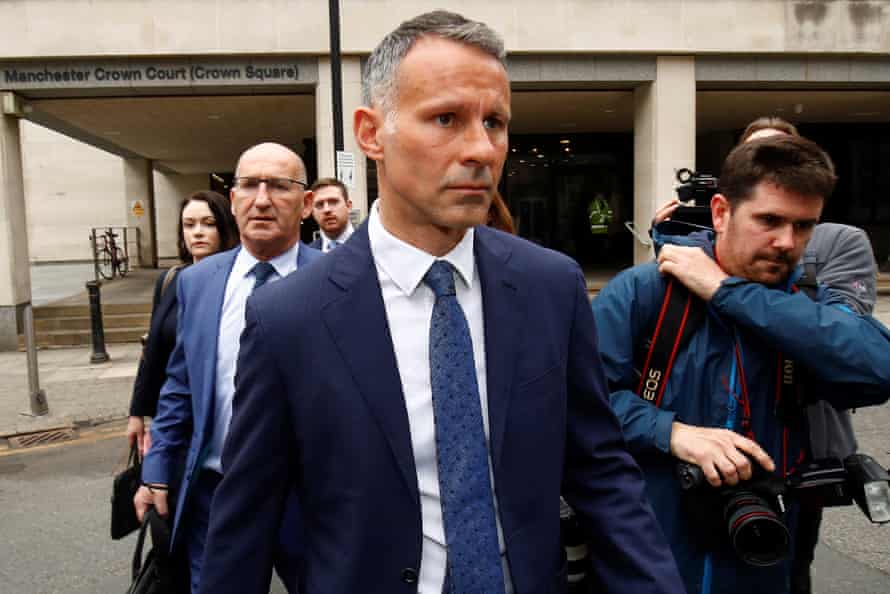 Andrea Pirlo insists he’s got no regrets about taking the Juventus job after being turfed out after one season. “It’s been an intense, complicated year but still wonderful,” he cheered as Max Allegri waited impatiently in the background. “If I had to go back I would make the exact same choice again.”

Lazio president Claudio Lotito is feeling funky over Simone Inzaghi’s late change of mind over signing a new deal, opting to replace Antonio Conte at Inter instead. “I was disappointed on a personal level,” sniffed Lotito. “The contract was all ready, I had signed it. He was meant to meet to sign it too, but never turned up. He told me he slept on it and had decided to leave. We spent seven hours together yesterday, we reached the agreement and had even shaken on it.”

And Swansea boss Steve Cooper is getting pumped for Saturday’s Championship play-off final against Brentford, which you’ll doubtlessly read as being the £170m game, the £200m game or the £250m game over the next 24 hours. “It’s my biggest game in club football, of course,” he tooted. “I just think about what it means to the football club and the supporters. It’s a proud city, a proud club. We are very much together as a community because we haven’t got any clubs around us.”

Trent Alexander-Arnold writes for Big Website, to tell why he helped launch an initiative to assist children in poverty.

Teetotalism, tactics dinners and Marshmellow. Yes, it sounds like quite the shindig. But it’s all in Michael Butler’s Big Cup final facts package. 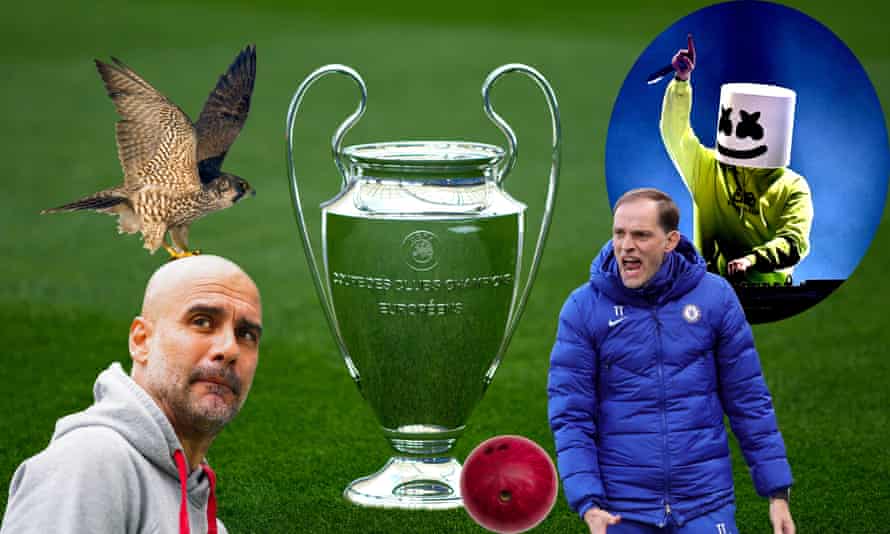 Saturday night and the air is getting hot for Kevin De Bruyne to deliver the defining moment of his career in the Big Cup final, writes Barney Ronay.

Domènec Torrent tells Sid Lowe what it’s like to be Pep’s right-hand man.

The life erratic with Zizou. By Sid.

ANOTHER BANK HOLIDAY WEEKEND? AMBASSADOR, YOU ARE SPOILING US. SEE YOU TUESDAY 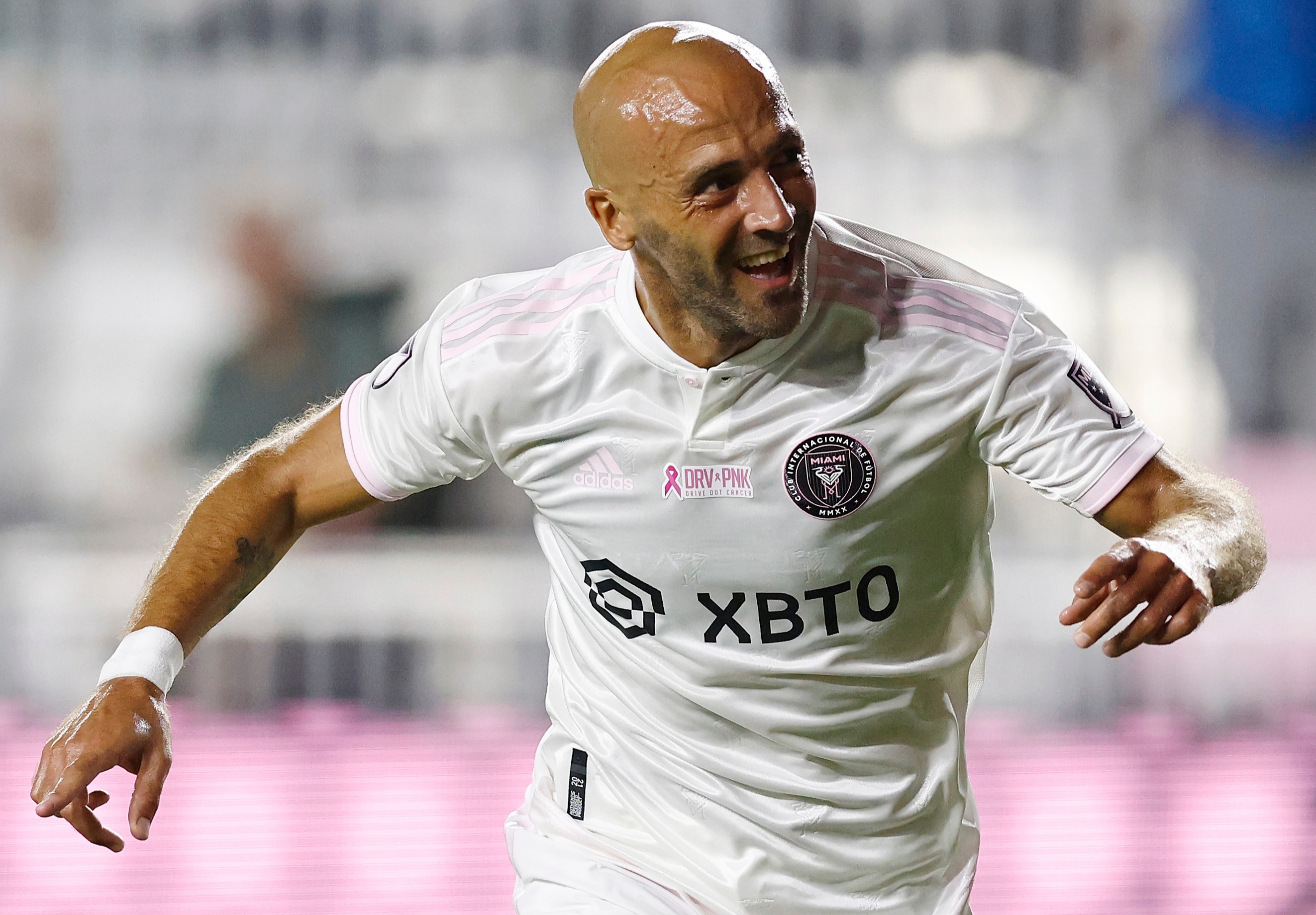