WEST HAM are planning a move for Chelsea striker Armando Broja this summer following his loan spell at Southampton.

The Hammers are in desperate need of a centre-forward and explored a deal for Broja, 20, during the January window but could not make it happen.

Broja tormented Moyes’ men in all three games he faced them this seasonCredit: REX FEATURES

David Moyes and his players have been impressed by the Albanian ace during his three appearances against them this season.

Broja tormented the West Ham defenders in both Premier League games this season and scored a stunning solo goal as the Saints knocked Moyes’ side out of the FA Cup in March.

Southampton boss Ralph Hasenhuttl has been critical of the Chelsea loanee in recent weeks but is hoping to keep him at St Mary’s next season after nine goals in all competitions this term.

The Saints also discussed a permanent deal in January – but pushed any move until the summer before sanctions put a stop on any Chelsea sales. 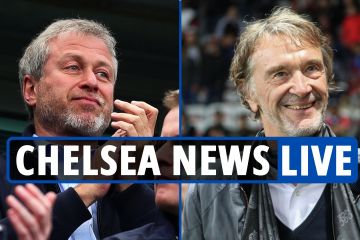 No transfers can happen before Chelsea’s ownership crisis is solved but, once resolved, SunSport understands that the Saints could quickly tie up a deal if they are willing to offer Broja similar wages to team-mates Che Adams and Adam Armstrong.

But the Hammers are set to rival Southampton and could win the tussle with the offer of European football.

Arsenal and Borussia Dortmund have also registered an interest in the past.

Moyes has made it clear he wants to add quality to his squad this summer to ensure they can continue to compete with the big six.

Michail Antonio, 32, is West Ham’s only senior striker and has scored just three goals in 2022, with Moyes keen to provide serious competition for the forward after a frustrating few months.

The former Manchester United boss also wants to bring in a central midfielder and two centre-backs while they are exploring an upgrade on left-back Aaron Cresswell.

Mark Noble will retire at the end of the season, Alex Kral will return to Spartak Moscow and Andriy Yarmolenko is set to depart while Issa Diop could be sold.