THOMAS TUCHEL has AGAIN admitted Chelsea are not yet ready for the start of the season.

And the Blues boss continued to lament their “tiring” and “exhausting” two-week USA pre-season tour with less than a week to go until their Premier League opener away at Everton.

Thomas Tuchel insists Chelsea are still no way ready for the start of the Premier LeagueCredit: Getty

Sterling’s strike was his first for the club since his £50m move from Manchester City, while another new signing in Kalidou Koulibaly made his maiden start.

Despite these positives, German coach Tuchel suggested there is still a long way to go before Chelsea are Prem-ready to compete against the Toffees at Goodison on Saturday.

Tuchel produced a blistering attack on his own squad after their 4-0 thrashing at the hands of Arsenal in Orlando last weekend, accusing them of not being committed mentally or physically. 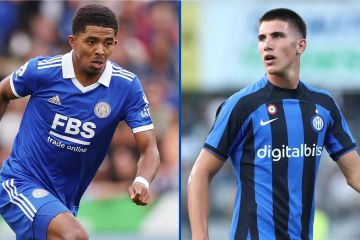 It was a tour that also saw them narrowly beat Club America in Las Vegas before losing on penalties to MLS newbies Charlotte FC.

And once more after beating Udinese – which also saw Gerard Deulofeu grab a goal for the hosts – Tuchel moaned: “It was a pretty long pre-season.

“Tiring and exhausting to be in the US for so long, and having to travel again today under the circumstances is not so easy, pretty demanding.

“After this weekend we prepare for nothing else other than Everton. The season is right in front of the door. There is a lot of positive stuff but we need to improve.

“We are not ready yet. We don’t have to be ready yet. We have another week and then it is time to be on the best level. It is always nice when the season arrives.

“We will have this week There is still some way to go.”

On Sterling grabbing his first goal in a Chelsea shirt, Tuchel was surprisingly blunt, simply saying: “He had chances, he was heavily involved in other chances. It was a good performance.”

And on Koulibaly getting 70 minutes under his belt, Tuchel added: “It is a very, very good signing and a strong personality and player and happy he could play and he is getting fitter and fitter.

“It is very important for us for the start of the season.”