CONCERNS are growing among Football Association of Wales council members after Gus Williams joined Paul Bodin out of the exit door.

And SunSport understands frustrated FAW councillors are ready to raise their fears to Welsh chiefs over the future direction of the World Cup finalists following the departure of key staff in what should be a golden time for the country.

Media and marketing personnel at the association have also left in recent months.

And manager Robert Page has yet to agree a new contract with the FAW beyond November’s tournament in Qatar.

Williams, who officially takes up his new post at Ewood Park next month, played a pivotal role in Wales’ journey to two Euros finals. 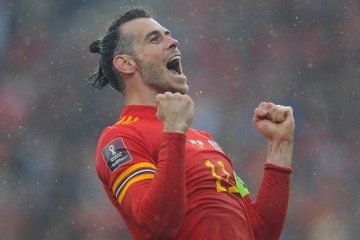 On top of that, he helped the nation reach their first World Cup in 64 years by identifying emerging talent over a two-decade span.

Over 90 per cent of Page’s squad, who beat Ukraine in June’s play-off final at the Cardiff City Stadium, have graduated through their talent ID programme from youth to senior level.

And it was Williams who was on the forefront of spotting stars such as Premier League duo Ethan Ampadu and Brennan Johnson before the English-born talents swapped their allegiance to Wales.

Williams’ exit came just a day after Bodin was sacked after Wales U21s finished fourth in their Euros qualifying campaign.

He leaves chief executive Noel Mooney to find a replacement.

Meanwhile, FAW council member Huw Jones, who serves in South Wales, has been suspended from his duties until October 31 following an internal disciplinary hearing.

Jones also got an eight-month ban suspended sentence in addition should he reoffend in the next year.