WAYNE ROONEY has hailed Marcus Rashford’s development and admits he used the Manchester United star’s incredible rise to inspire his own Derby youngsters.

Rooney, 35, played alongside Rashford, 23, at Old Trafford for 18 months after the striker was given a shock debut by Louis van Gaal in February 2016. 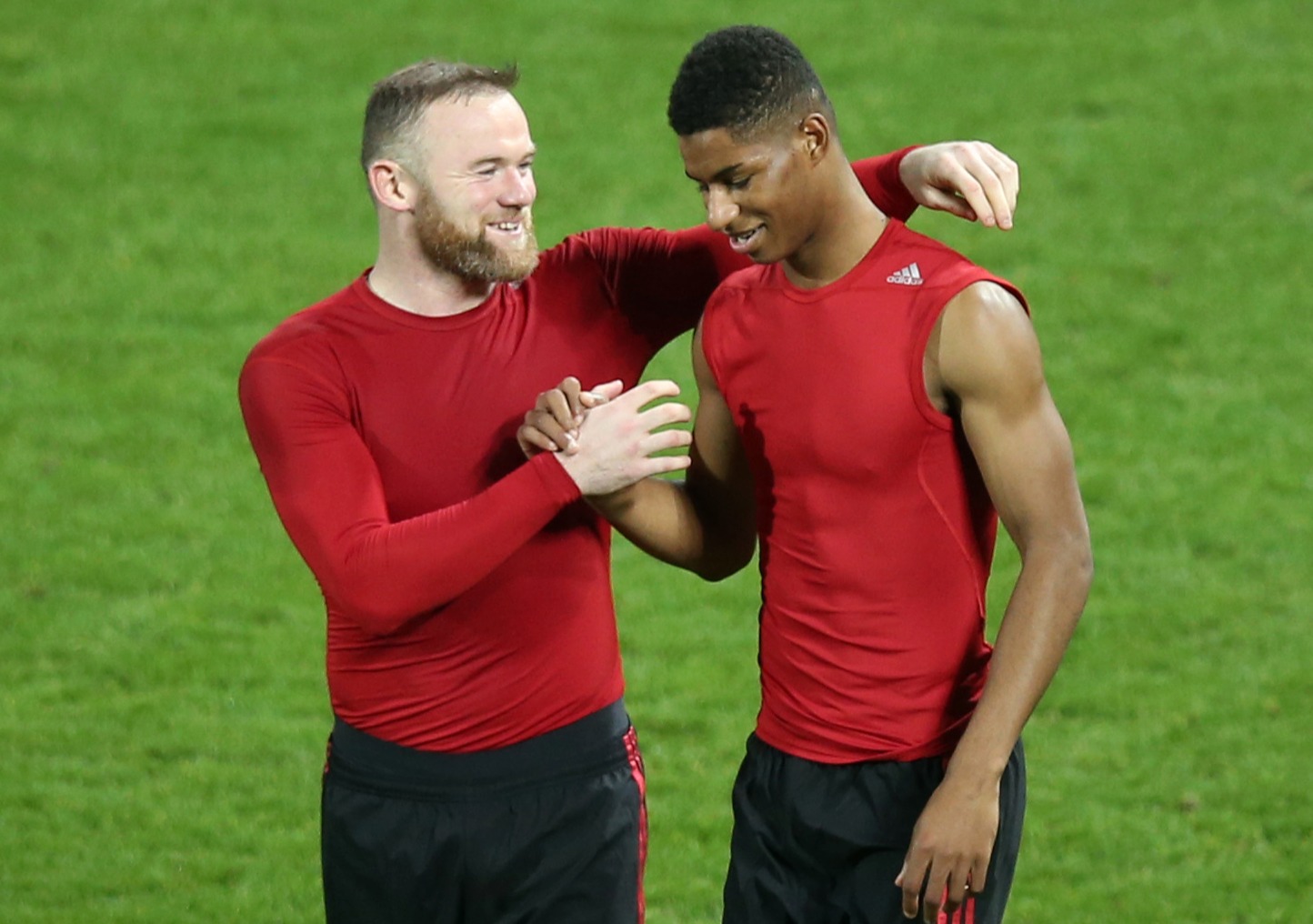 Despite being just 18 years old, and having hardly trained with United’s senior squad, Rashford scored twice on his debut.

He hasn’t looked back since, going on to become a key player under current United boss Ole Gunnar Solskjaer, as well as England gaffer Gareth Southgate.

And Rooney, who secured Derby’s Championship status on Saturday in dramatic style, has revealed he motivated some of the Rams’ youngsters by telling them about Rashford’s brilliant story.

Speaking to both Rashford himself and Rio Ferdinand on Between The Lines, Rooney said: “You can see he [Rashford] has kicked on, it was great to play with him as a young lad coming through.

“You can see the progression he’s made so far, it’s great to see that.

“Marcus’ story from getting in the first team, I used it a couple of weeks ago because we’ve had injuries at Derby.

“We put a few young lads on the bench who hadn’t even trained with us and I used Marcus’ story.

“I said Marcus had come in from nowhere, hadn’t trained with us, came in and made an impact.

“And look what he’s gone on to from that!

“So for those players to try and follow in those footsteps, when you get a chance it’s up to you to take it, and he’s certainly done that.”