THE Watford blueprint for promotion, it’ll never catch on.

Six years ago it was four different managers in a season, followed by a parting of ways with the manager who ultimately got the team promoted. 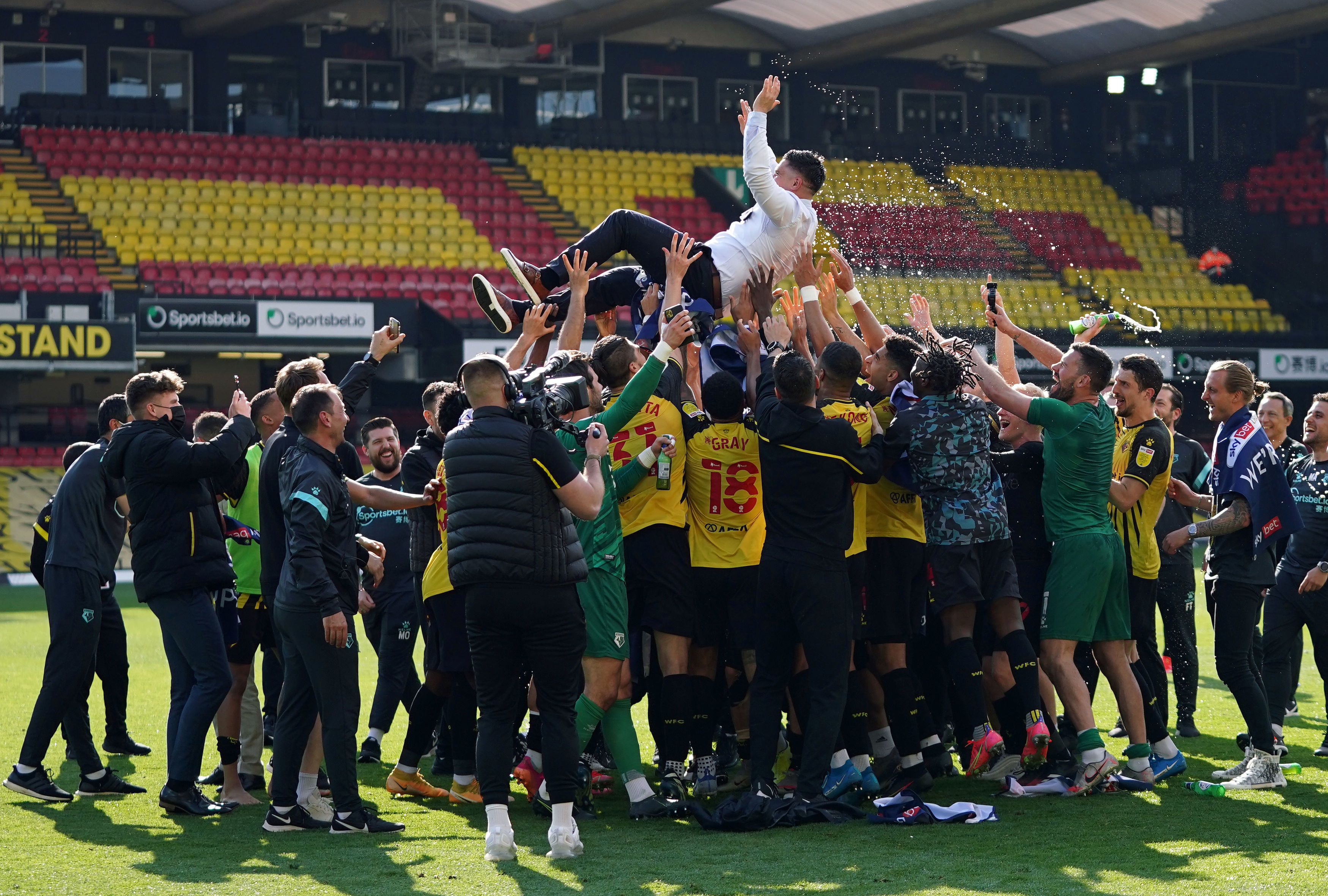 Watford boss Xisco Munoz is thrown into the air after the Hornets secured promotion back to the Premier LeagueCredit: PA 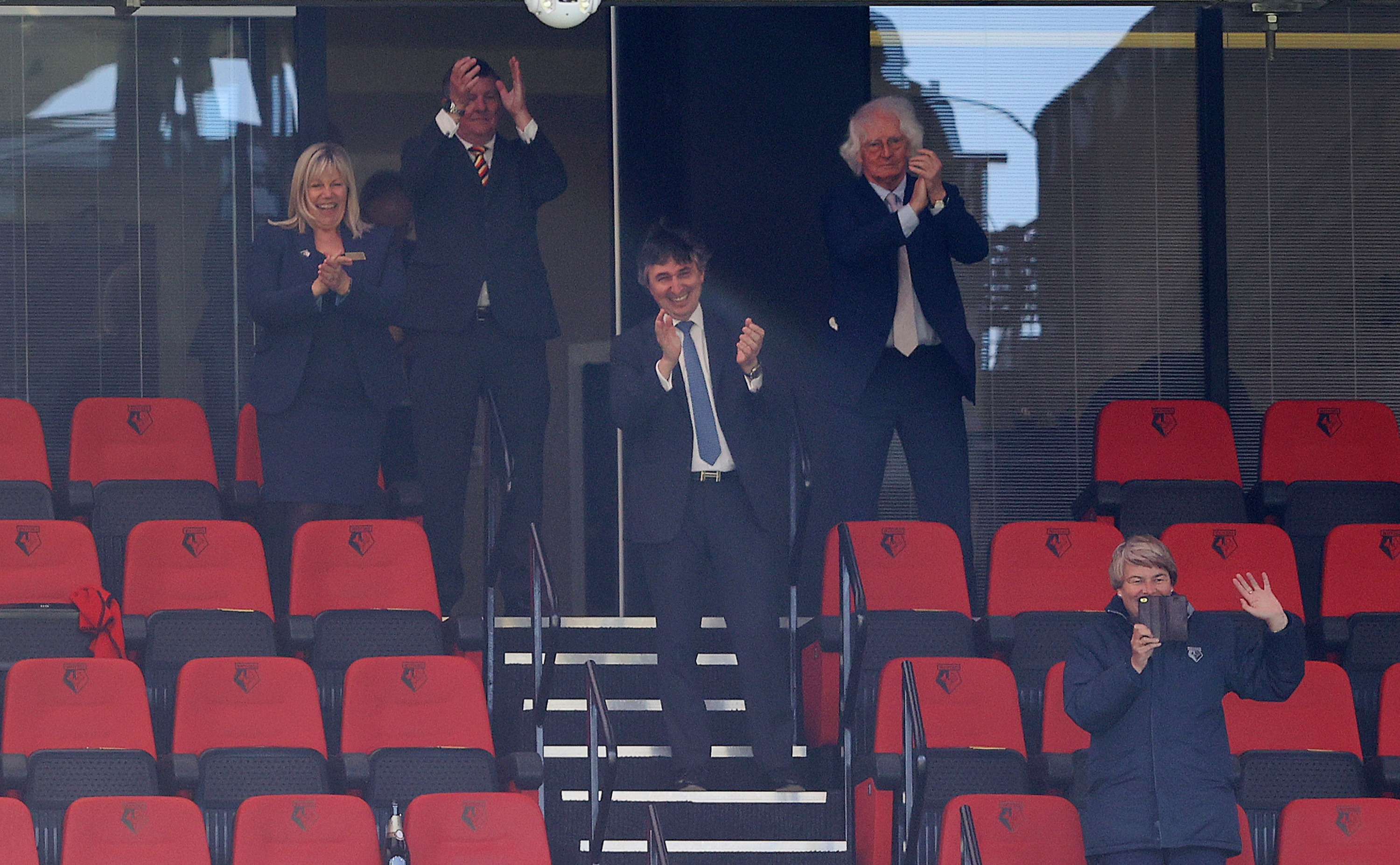 This time around, it was the appointment of a little-known coach with just eleven games’ experience in Georgian football.

It shouldn’t work. It should never work. But at Watford under the Pozzo family, it normally does work.

After relegation, the club approached the season with a confidence bordering on arrogance, as players repeatedly stated that Watford had the best squad in the league.

But for the first time since the Pozzo family took over the club in 2012, that confidence was not completely shared by the supporters.

They had seen a team that had been playing far below its ability for more than 18 months, following the 6-0 FA Cup final defeat to Man City in 2019.

And where once the fans wore every change of head coach as a badge of honour, there was bafflement that despite the owners taking full responsibility for transfers at Watford, the head coach was the only person who ever seemed to get the blame for a squad that was underperforming on the pitch while certain players were repeatedly misbehaving off it.

Javi Gracia – the manager who got Watford to the FA Cup final before being harshly sacked, Quique Sanchez Flores – a former Europa League winner, Nigel Pearson – mastermind of the famous 3-0 win over Liverpool and Vladimir Ivic – a successful coach at PAOK and Maccabi Tel Aviv, had all failed.

So how was Xisco Munoz, a manager without a Uefa Pro License, who led Dinamo Tbilisi to a 6-1 defeat in the Faroe Islands, supposed to succeed? 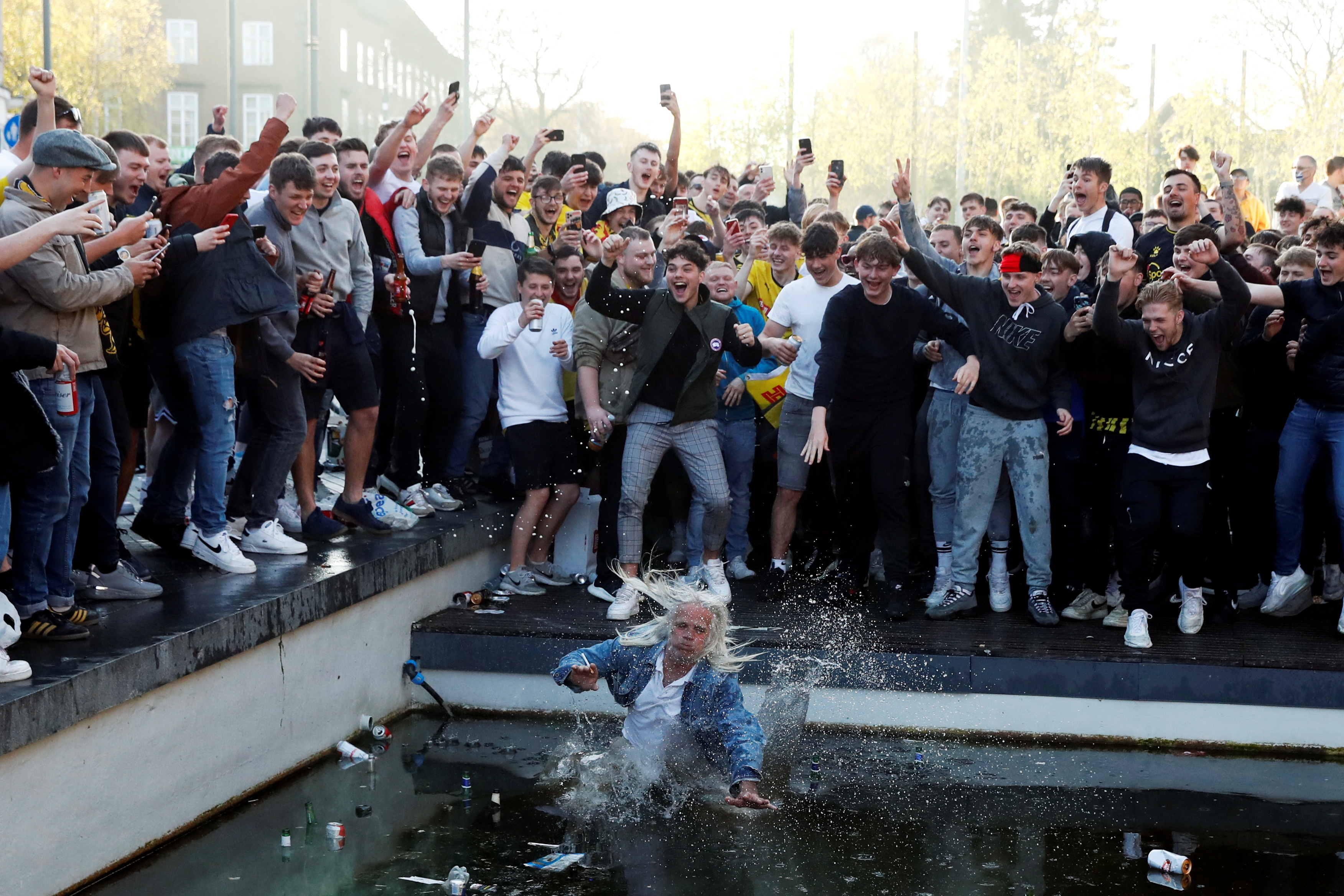 There were jubilant celebrations in Watford town centre over the weekendCredit: Reuters

Ultimately, by proving what the club always believed – that the Watford squad the Pozzo family had assembled was simply too good to be in the Championship.

A coach who was hardly ever seen without a smile on his face, Munoz removed the black cloud that had been hanging over the squad under defensively-minded disciplinarian Ivic and allowed the players to express themselves again.

And in a perverse twist of fate, a long-term injury to captain Troy Deeney may have helped Munoz do this, as it proved the catalyst to a switch from a 4-4-2 to a 4-3-3, which gave the team extra mobility up front and allowed Ismaila Sarr, who very nearly joined Man Utd last summer, to attack more quickly down the right.

Each home game, of which Watford won every single one after January 22, became almost an action replay of the last, with Sarr picking up the ball in the first 20 minutes and earning either a goal, an assist or a penalty.

The defence and midfield would then be competent enough to play out a one or two-goal win while barely seeming to break a sweat. 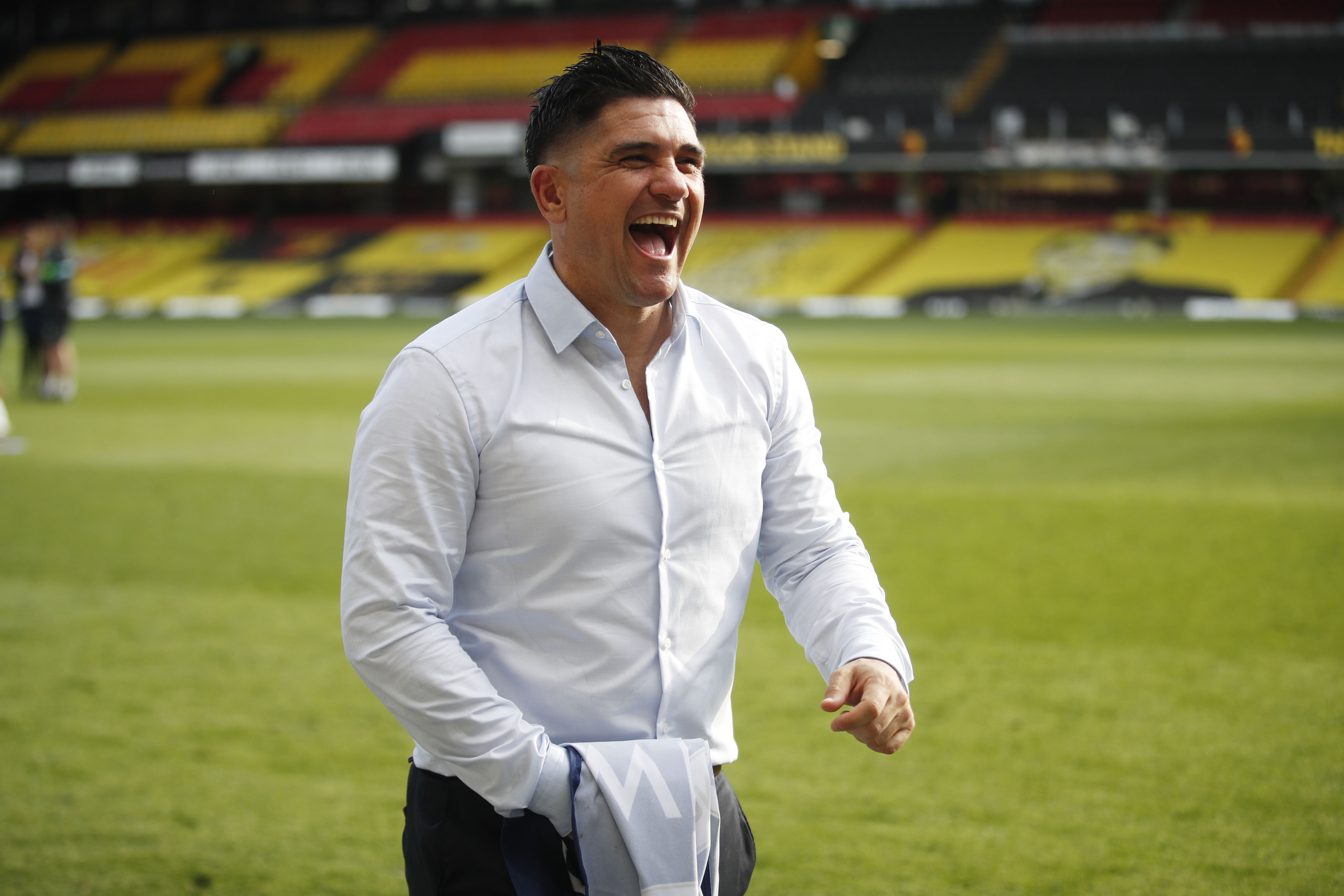 Xisco Munoz is rarely seen without a smile on his faceCredit: Reuters

The story was the same every time, with the opposition knowing exactly what was coming but being able to do nothing to stop it as the squad proved it was indeed one of the best in the league.

As promotion was secured, the most meaningful words were spoken by Chairman and CEO Scott Duxbury, who seemed genuinely hurt that the club had not been as united during the pandemic as during the previous eight years of the Pozzo family’s ownership.

“I’ve always said from day one that together we can achieve great things and it’s not just rhetoric, it’s the truth. 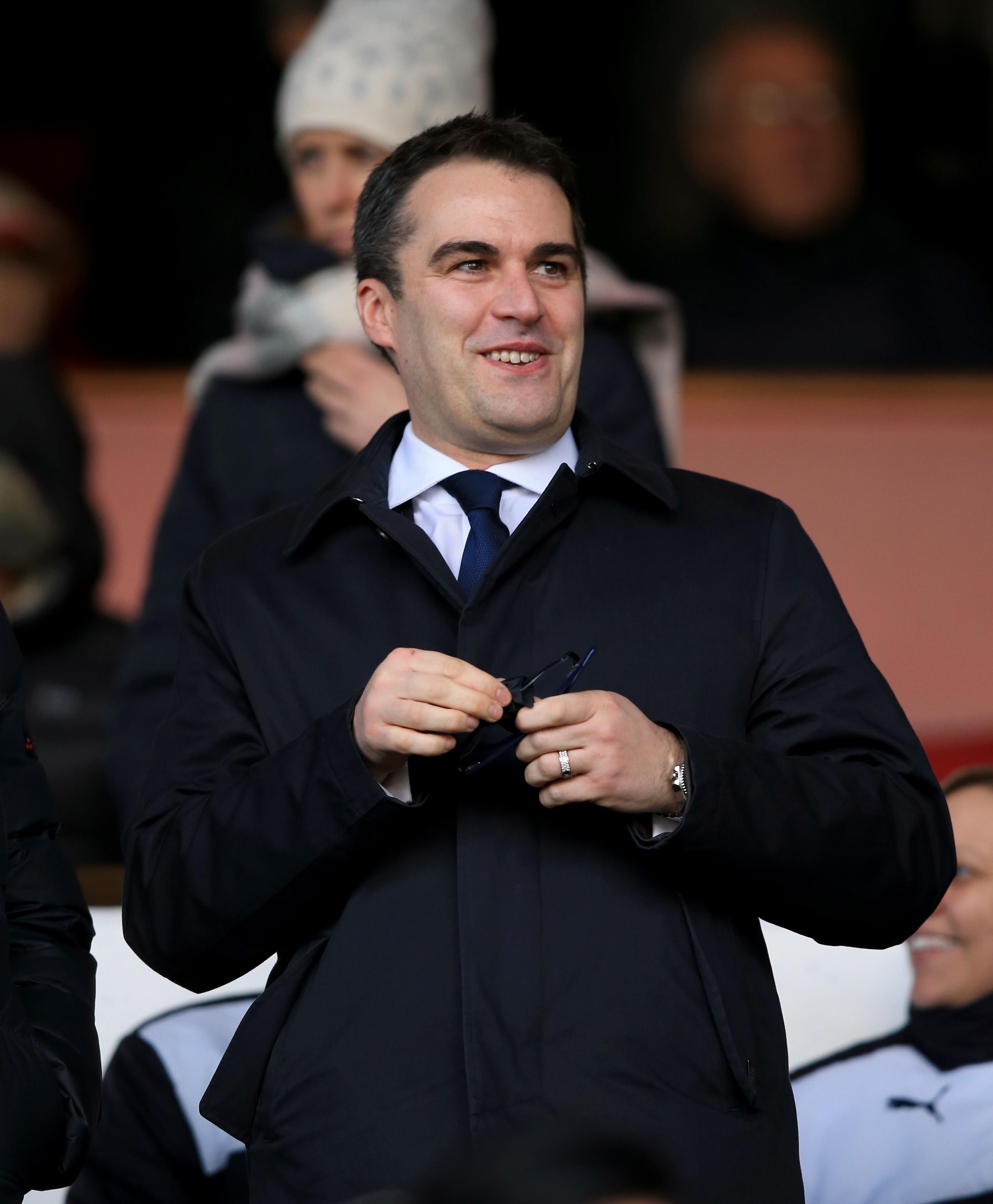 CEO Scott Duxbury has called on the club to stick together during the new Premier League campaignCredit: PA

“That’s been our biggest strength that, as a fan base, as an ownership, as a management, we’re all together. And if we stay together, we will continue to achieve great things.”

Watford’s owners may be English football’s most unsentimental when it comes to hiring and firing managers, but they truly do want to be loved.

And with the club back in the Premier League and ready to pick up where they left off after their last game at a full Vicarage Road – THAT 3-0 win over Liverpool – they will be once again.