MORGAN GIBBS-WHITE scored a wondergoal as Chris Wilder was left empty-handed on his Bramall Lane.

Billy Sharp was the Middlesbrough boss’ chief tormentor in the first half as the Blades scored twice in the space of two first-half minutes. 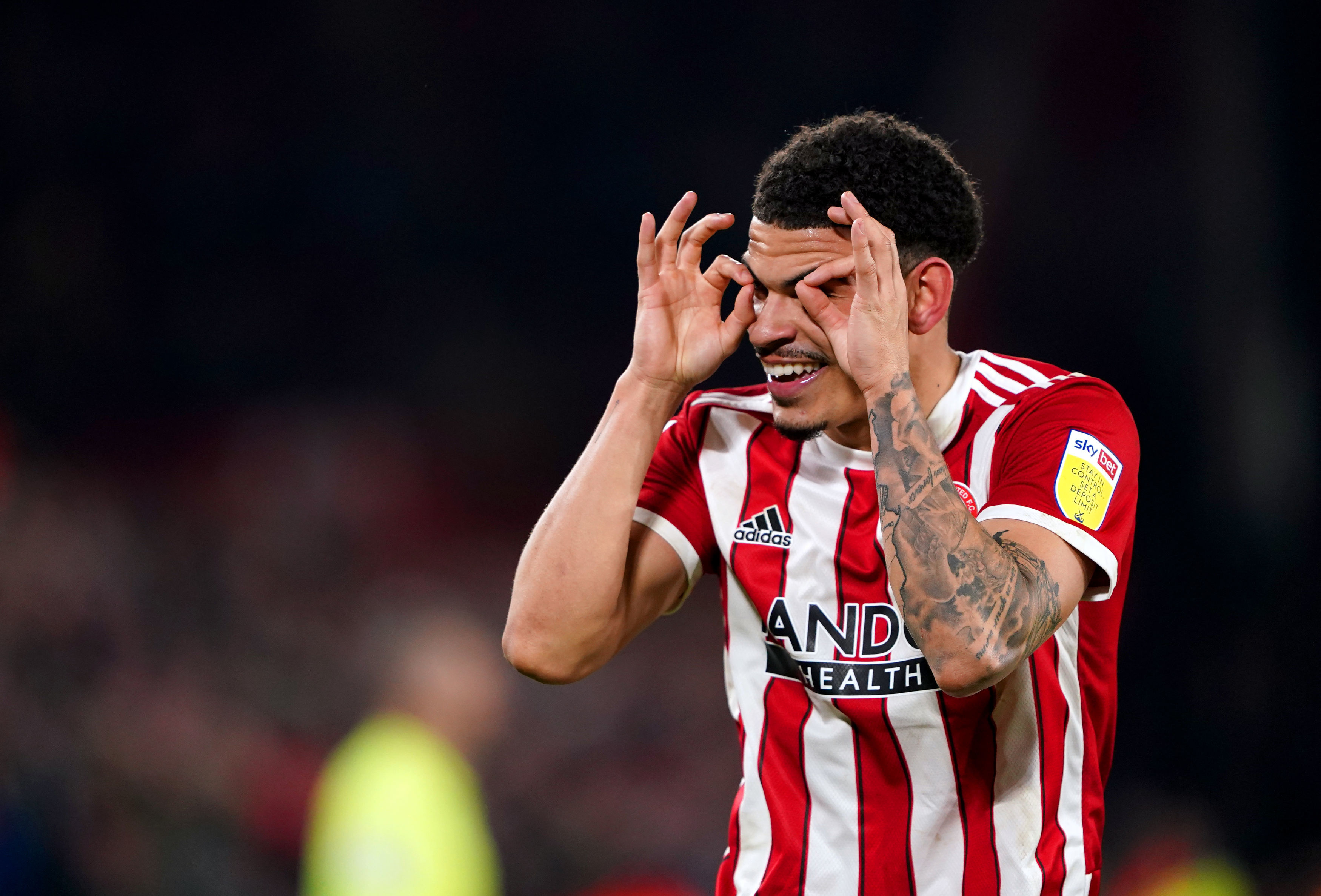 First, the 36-year-old striker created United’s opening goal in the 23rd minute with a fine run and cross, which ended up eventually falling for Sander Berge to slot in from one yard.

He then slotted home himself after Gibbs-White burst forward to punish sloppy Boro.

Jack Robinson grabbed No 3 in the 59th minute.

Arsenal loanee Folarin Balogun did pull one back after a howler by keeper Wes Foderingham three minutes later.

The Wolves loanee somehow contorted his body to fire in Ben Osborn’s cross from the right for his ninth goal of an impressive season. 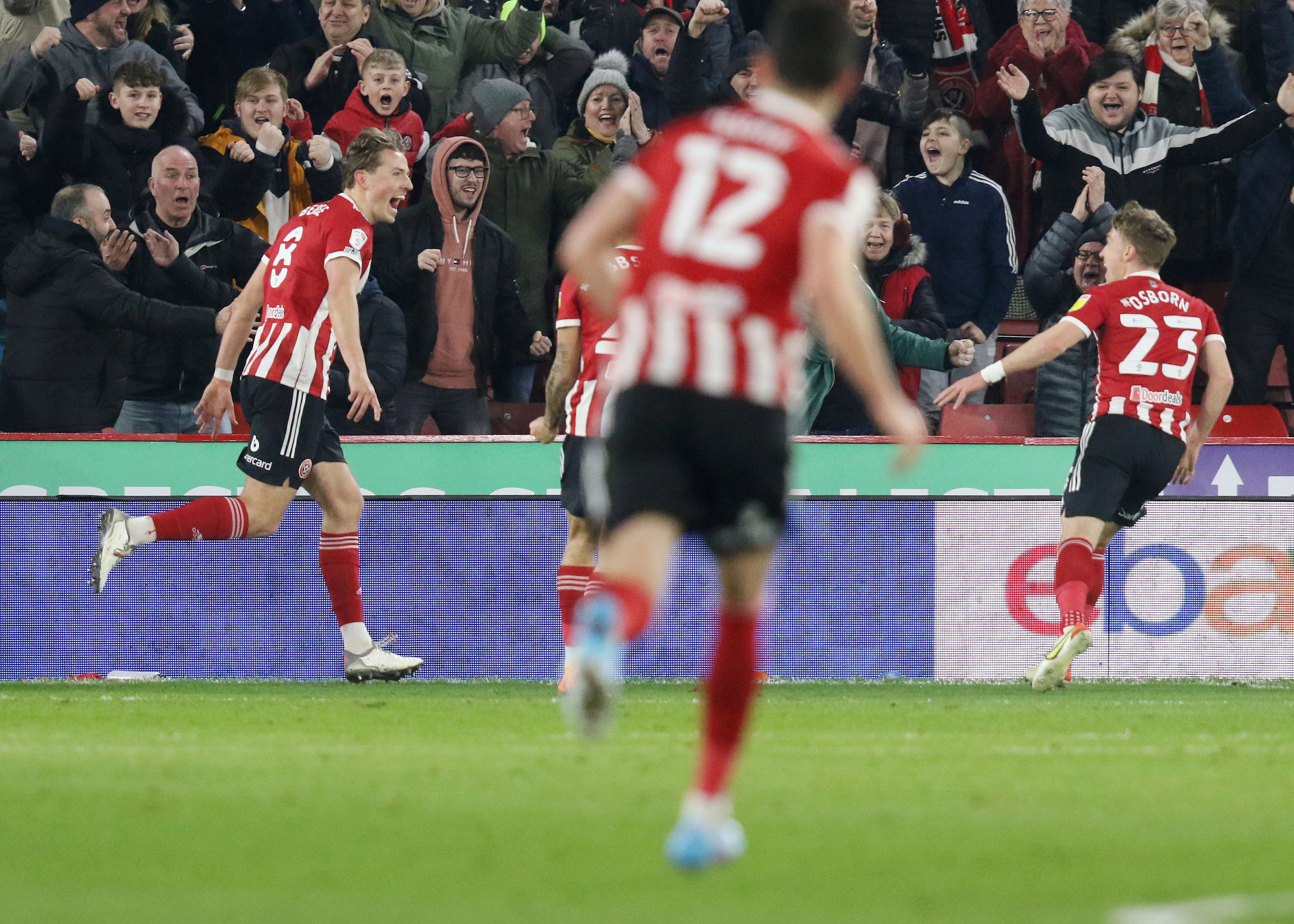 Wilder had earlier got a warm reception from the home fans on his first return since leaving the club a year ago.

It is the least he deserved after taking them from League One to the Premier League.

Victory saw Sheffield United climb to fifth as Boro slipped to eighth — but they are still just two points outside the top six.

After a dull start, Sharp raced clear to the left byline and crossed.

Keeper Joe Lumley could only palm the ball on to the back of Dael Fry and it fell nicely for Berge to slot home from a yard. And the hosts were 2-0 up in the blink of an eye.

Jonny Howson got caught in possession in midfield by Oliver Norwood, with Gibbs-White on to the ball in a flash. He drove forward before squaring a lovely pass for Sharp to slot home.

Gibbs-White  burst through again but his effort was well kept out by Foderingham. 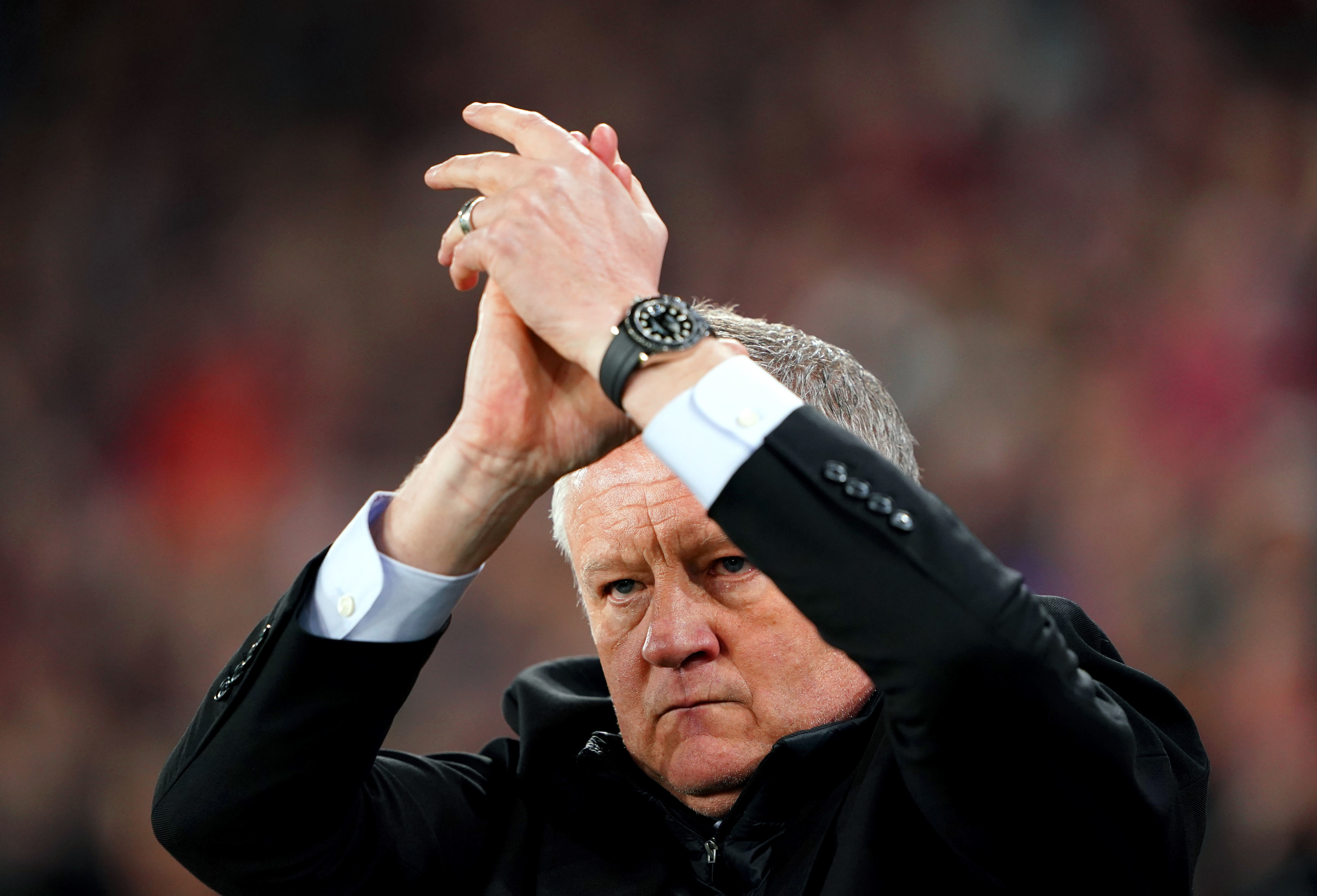 Chris Wilder made his first return to Bramall LaneCredit: PA 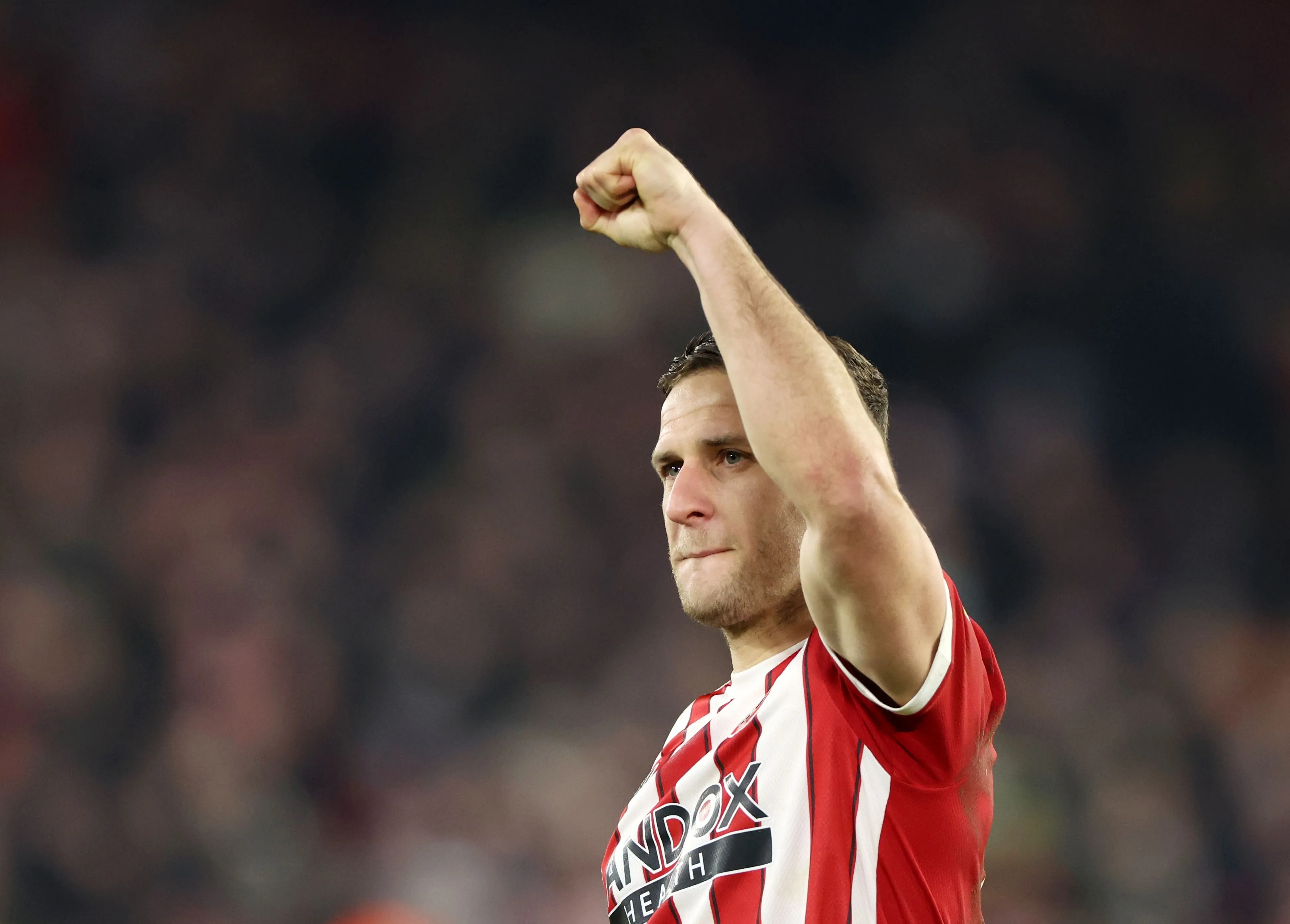 After the break, ref Tim Robinson booked Sharp and Lee Peltier after a handbags incident.

Robinson fell over and appeared to be helped up by Sharp — who then fell backwards, taking his Boro opponent with him.

They squared up and were shown yellows for behaving worse than your average child.

Boro thought they had pulled one back when Jones’ cross from the right was slotted home at the near post by Aaron Connolly — but the Irish striker had just strayed offside.

Egan then headed over when well placed and Berge fired inches wide from 20 yards.

The points were in the bag when Norwood’s deep corner was headed back across goal by Egan for Robinson to fire home.

Boro were given some hope when Foderingham slipped over trying to clear a back-pass — Balogun accepting the gift.

The scoring was complete with 11 minutes left as Gibbs-White cheekily back-heeled from Ben Osborn’s cross. 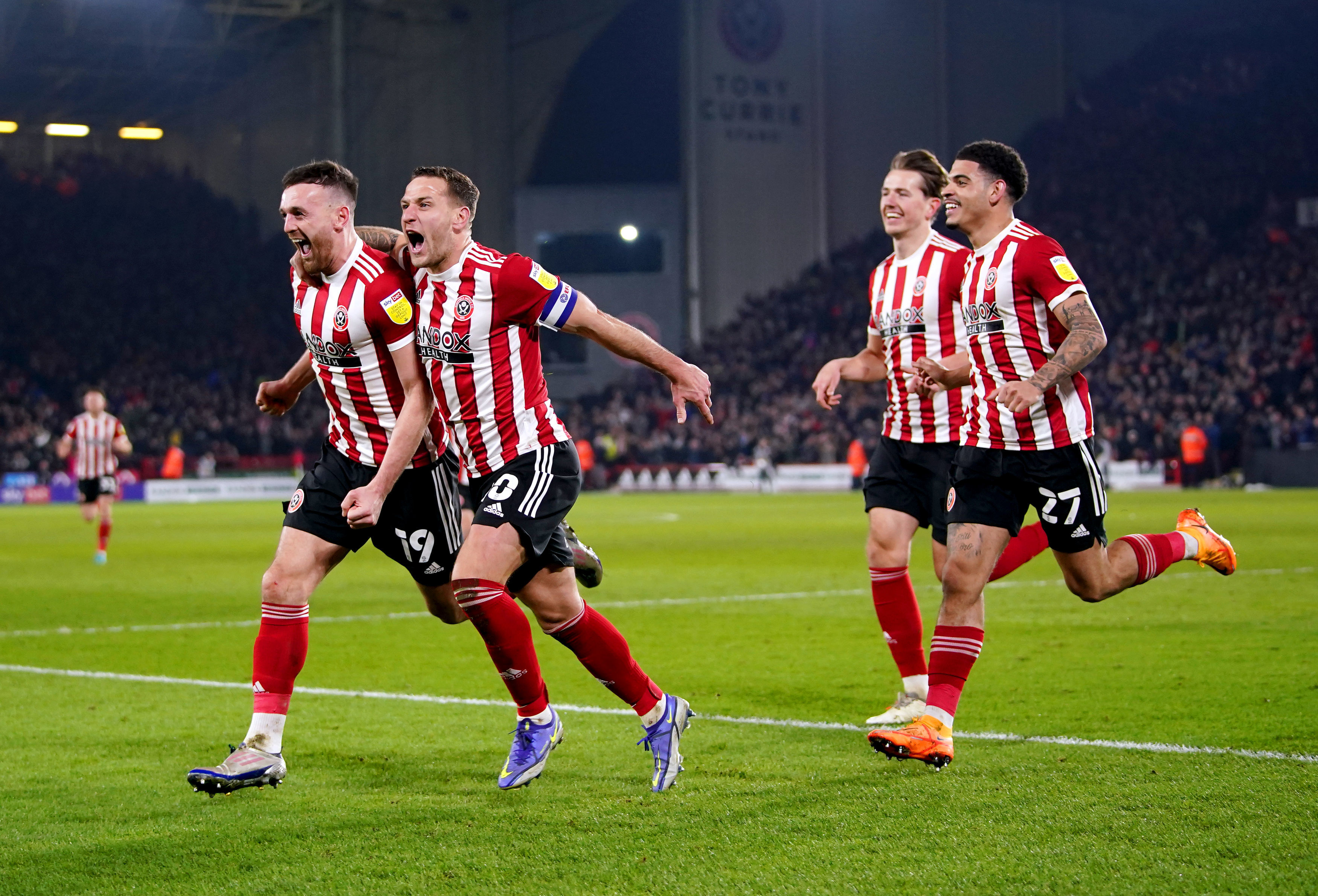 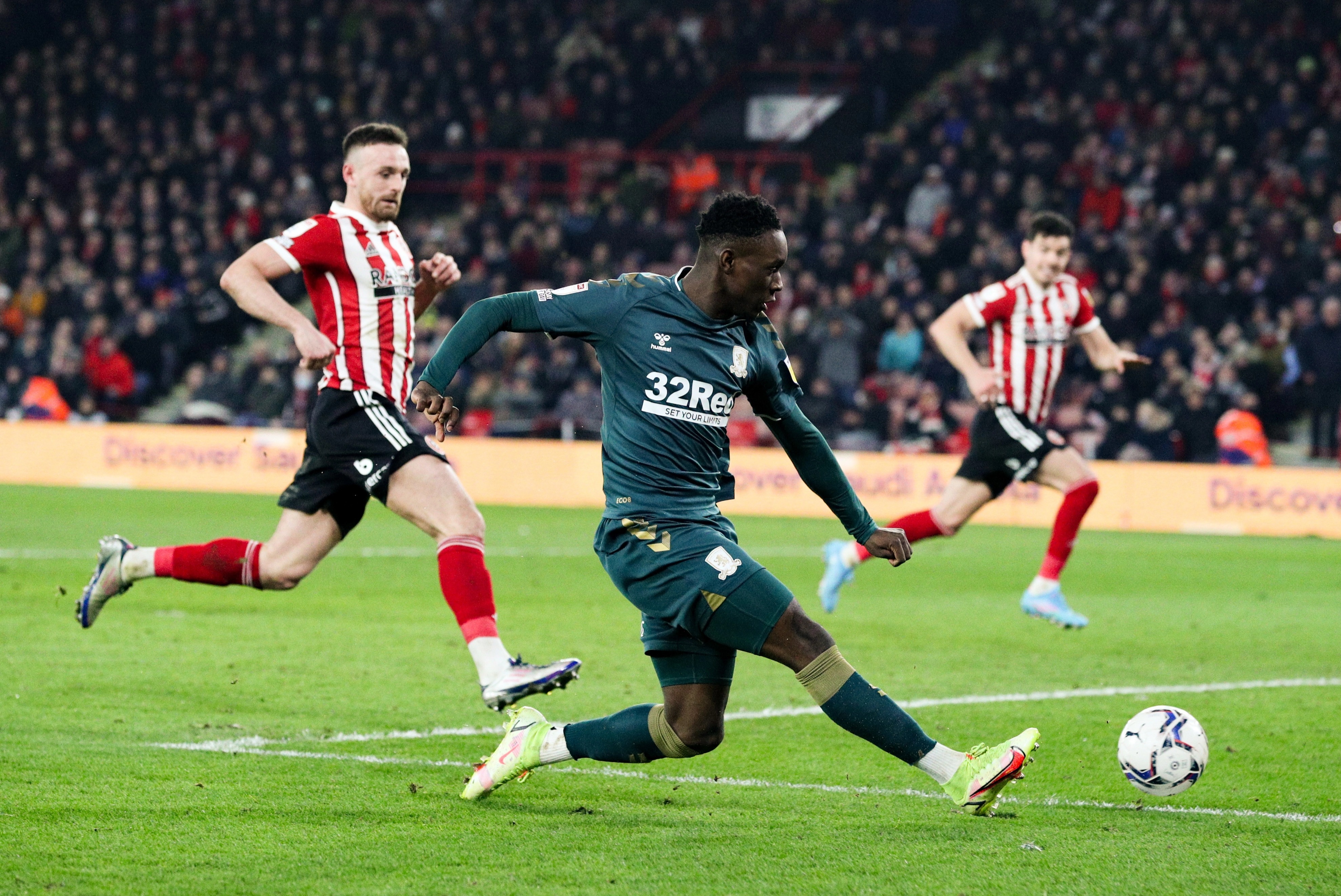