DERBY COUNTY showed they are alive and kicking with a dramatic last-gasp comeback to draw with Birmingham City.

The Rams trailed 2-0 until the 87th minute when Luke Plange gave them a lifeline. 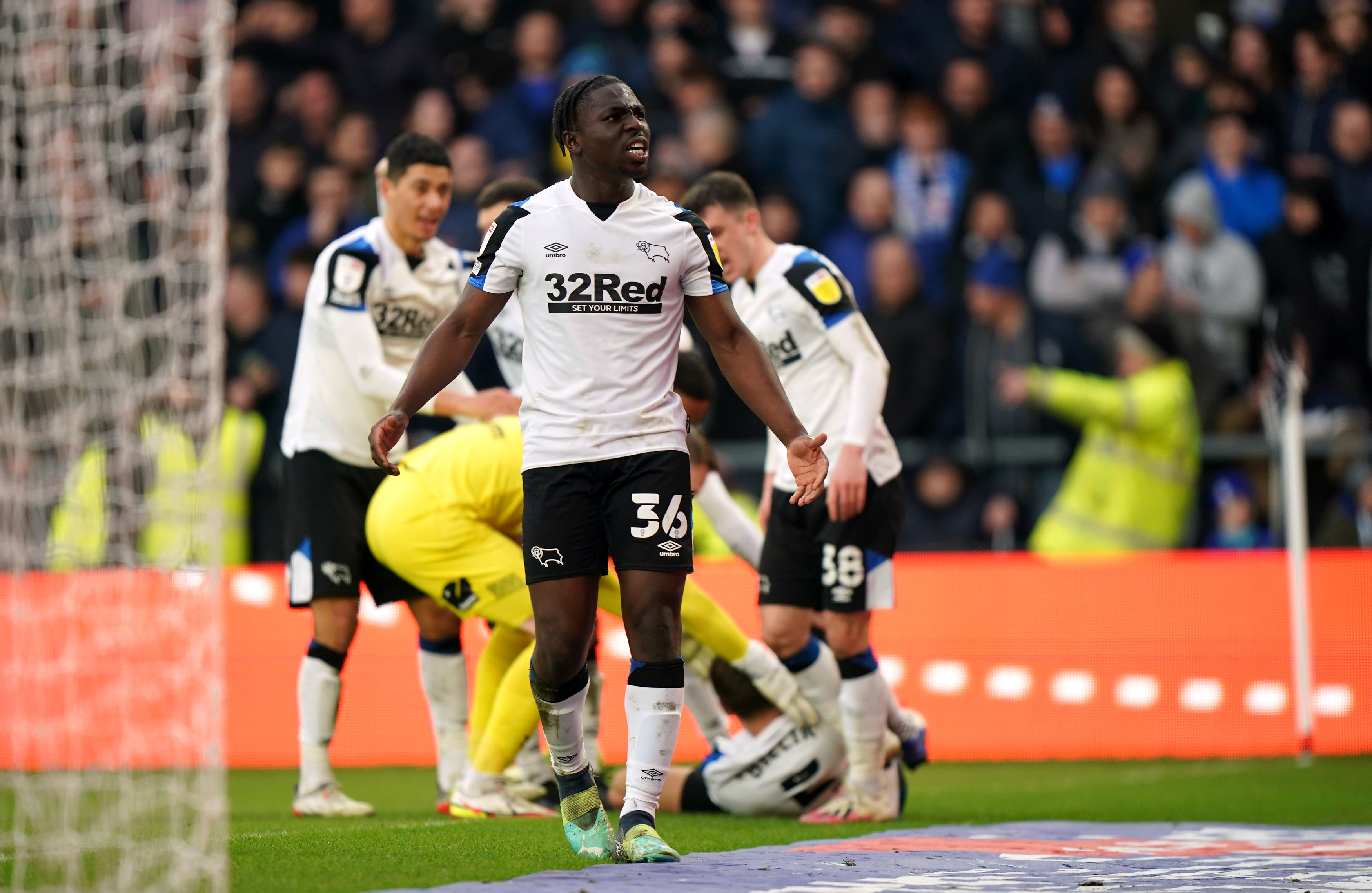 Derby players celebrate after pulling off a dramatic comebackCredit: PA 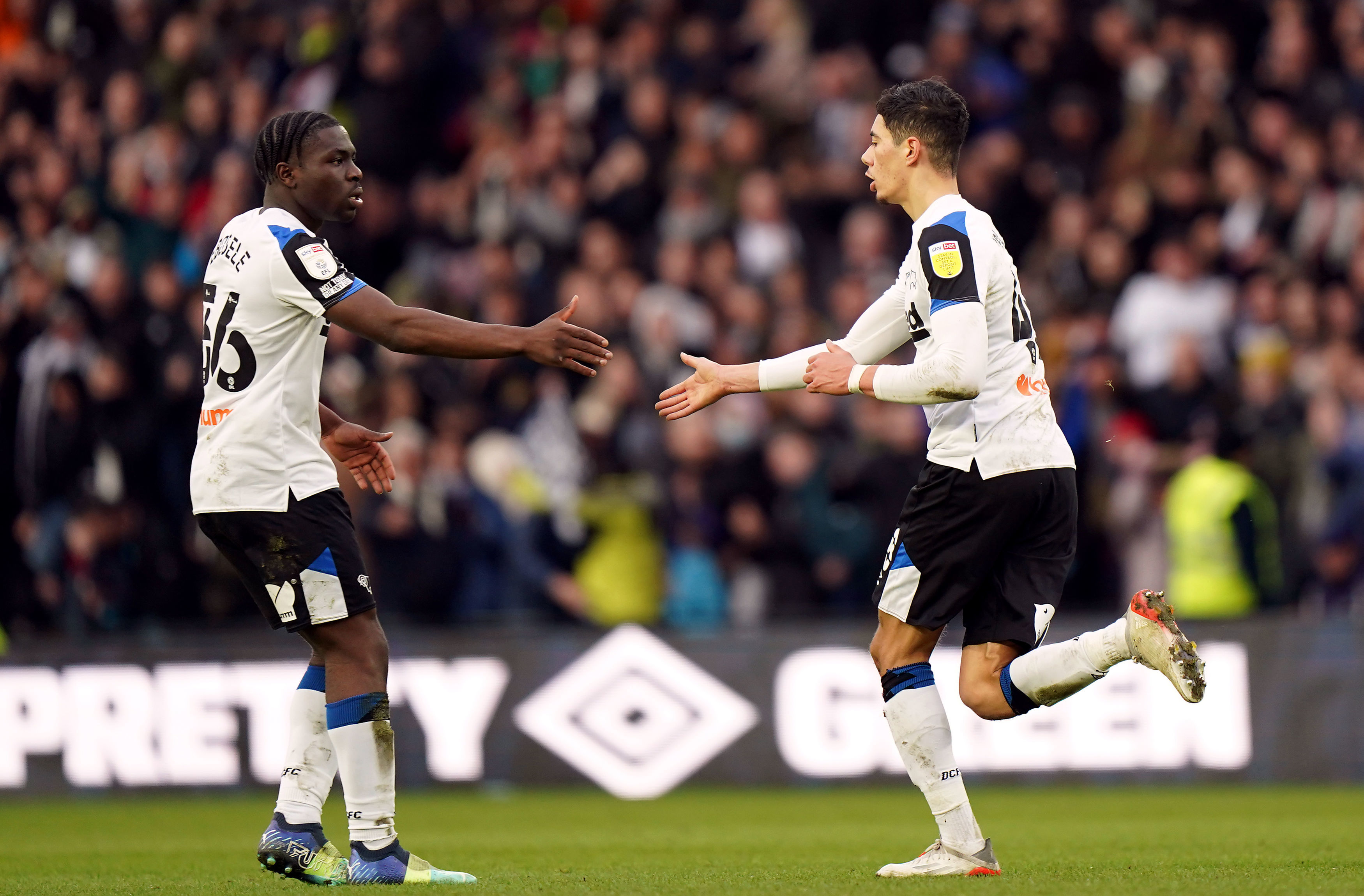 Luke Plange (right) pulled one back for DerbyCredit: PA

From 2-0 down, Derby County equalise in the 96th minute thanks to an overhead kick from Bielik, who injures himself in the process! 🤕🐏 pic.twitter.com/lS6y7k9izy

And with seconds remaining in the match Krystian Bielik thumped an overhead kick into the top corner following a set-piece from Tom Lawrence.

There were questions of offside and a possible high foot from Bielik but manager Wayne Rooney and the rest of Pride Park did not care as they celebrated ecstatically.

It was a fairytale finish to an emotionally-charged contest with the Poland defender being brought off the bench by Wayne Rooney to make his first appearance a year to the day since suffering an anterior cruciate ligament injury.

Rooney’s side have cut the gap to 21st placed Reading to seven points and some may now believe the miracle of avoiding relegation is a possibility.

The Rams had been trailing to goals from on-loan Nottingham Forest forward Lyle Taylor and Scott Hogan before Derby staged the late fight back.

Prior to kick-off, thousands of Derby fans marched from the city centre together and demonstrated outside Pride Park to raise awareness of the club’s off-field plight in front of the live television cameras.

That defiant atmosphere was also evident when the Rams players were raucously welcomed on to the pitch by a sell-out crowd.

But – after home striker Plange demonstrated neat footwork before drilling an early chance at Birmingham goalkeeper Neil Etheridge – it was the visitors who forged in front.

Debutant Taylor had netted in just two of his last 36 outings before being offloaded by Forest, but took just seven minutes to open his account for the Blues.

After Ryan Woods lifted the ball over the Derby back line, Onel Hernandez then escaped the attention of Curtis Davies through the right channel and squared the ball to Taylor, who sidefooted a 12-yard shot into Ryan Allsop’s bottom-left corner.

It proved a big flip for Lee Bowyer’s men with pantomime villain Taylor only denied a second by Allsop after meeting Kristian Pedersen’s left-wing cross at the far post.

But Birmingham top scorer Hogan should have doubled the advantage on the stroke of half-time when he blasted the ball straight at Allsop after being sent clear on goal by Hernandez.

Hogan was more decisive when presented with a second chance to claim his 10th goal of the season after 56 minutes as he tucked a sidefooted shot past Allsop from seven yards out, after being picked out by Woods’ right-wing cross.

He was wasteful again, though, moments later when – after being teed up in the identical position by Taylor – he swept the ball across Allsop’s goal.

Derby had not threatened the away goal since the interval but substitute Festy Ebosele stung Etheridge’s palms from distance after 69 minutes and Davies headed off target from a Bird corner.

Colin Kazim-Richards also went close with a thumping edge-of-the-box strike and a Lawrence effort deflected off an unwitting Marc Roberts’ head and over.

Plange then threw the hosts a lifeline by curling in from 15 yards and, responding to the exhortations of a vociferous home faithful, the equaliser came in the sixth minute off added time after Bielik was fouled by Hernandez.

Keeper Allsop was sent upfield for the subsequent free-kick but it was Davies who won the header for Bielik to show all of his athleticism and beat Etheridge from 10 yards.

The point also nudged the troubled Rams to within seven points of a position of safety.