REAL MADRID blew the chance to go top of LaLiga in a chaotic, four-goal thriller against Sevilla.

Los Blancos started the day in third, knowing a win would see them overtake Barcelona and Atletico Madrid – who played out a 0-0 draw on Saturday – in the standings.

Madrid awarded a penalty at one end, but play is brought back for a Sevilla penalty at the other! ?

Incredible scenes, and Rakitic converts to put Sevilla 2-1 up! ⚪? pic.twitter.com/TLvPAMNq2R 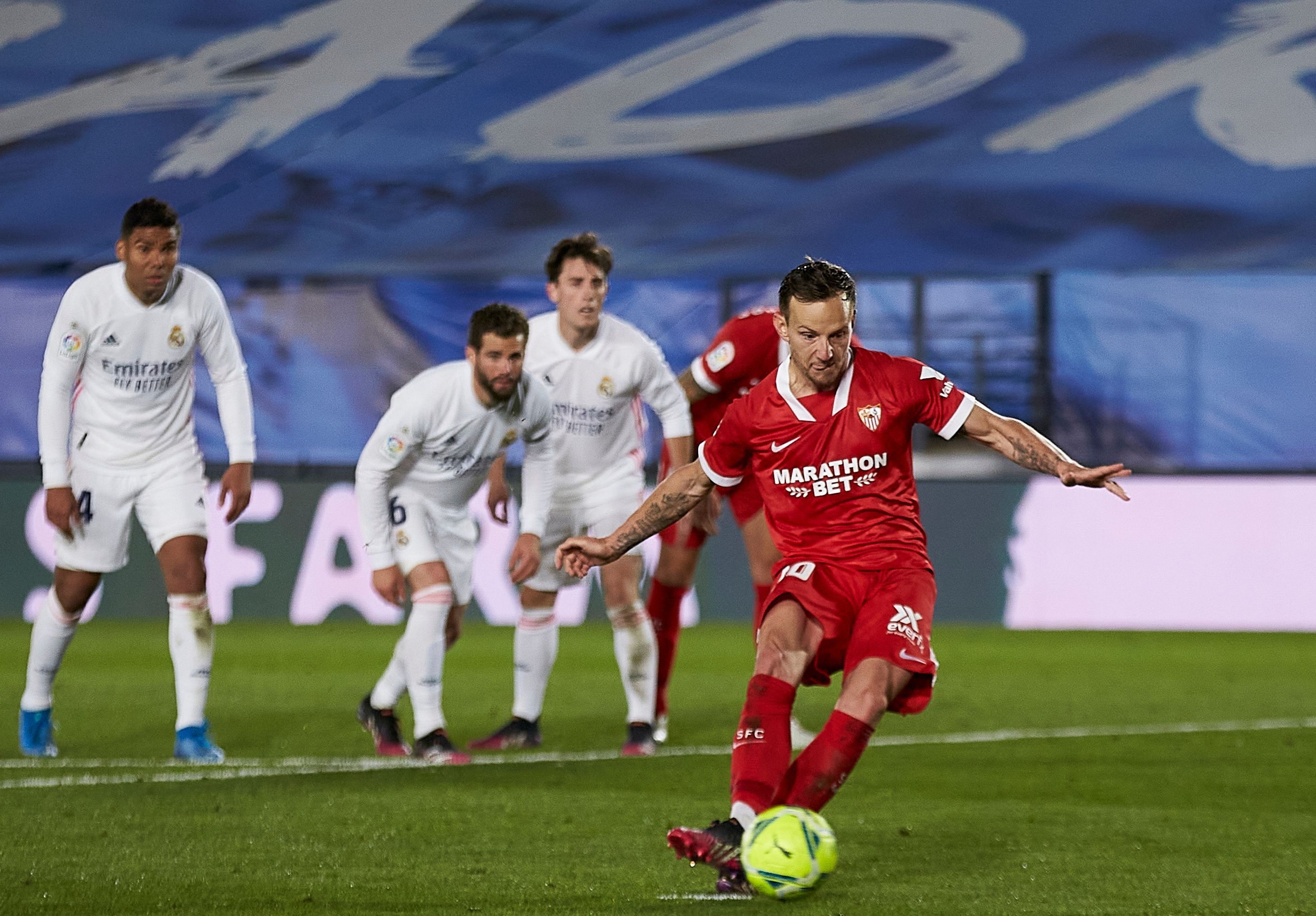 Ivan Rakitic converted his penalty after Real Madrid had one of their own overturned through VAR to dent their title hopesCredit: Rex 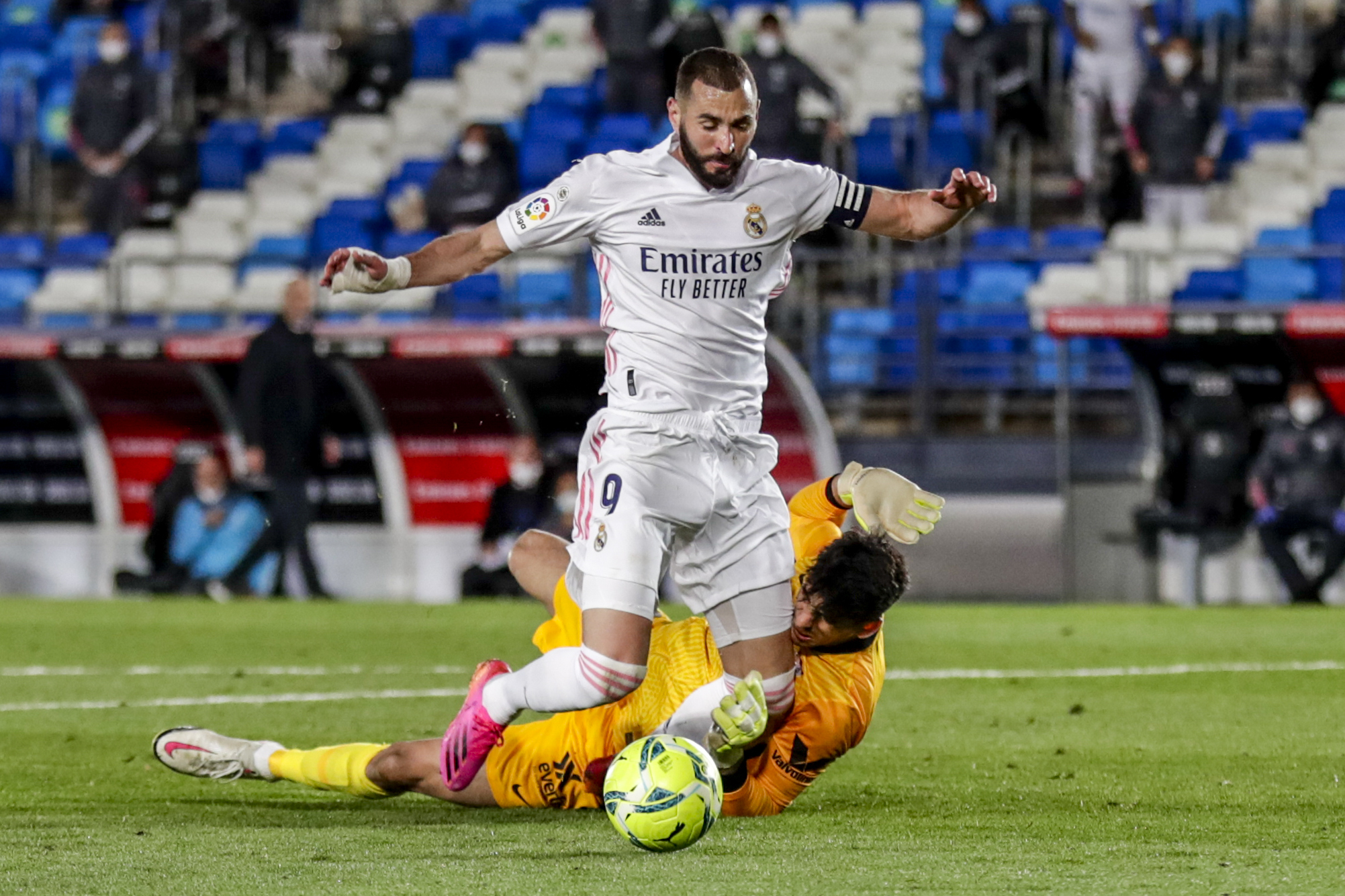 Karim Benzema was awarded a penalty after being hauled down by Bono but VAR went back to award Sevilla a penalty for an earlier incidentCredit: AP

But their pursuit of victory took a major hit after VAR dealt them a double-whammy of a blow.

The French forward appeared to be pulled down by Yassine Bounou – with the goalkeeper set to be shown a straight red for denying a clear goalscoring chance.

But in a major twist, the video assistant referee was called for in what would turn the game on its head.

VAR rolled the footage back to the very start of the play, in which Eder Militao appeared to handle the ball in his own box from a Sevilla corner.

Real Madrid’s penalty – and Bono’s potential red card – were not only overturned, but Sevilla were awarded a spot-kick of their own.

Ex-Barcelona star Ivan Rakitic cooly converted to give Sevilla the lead and all but kill-off Real’s title dreams. 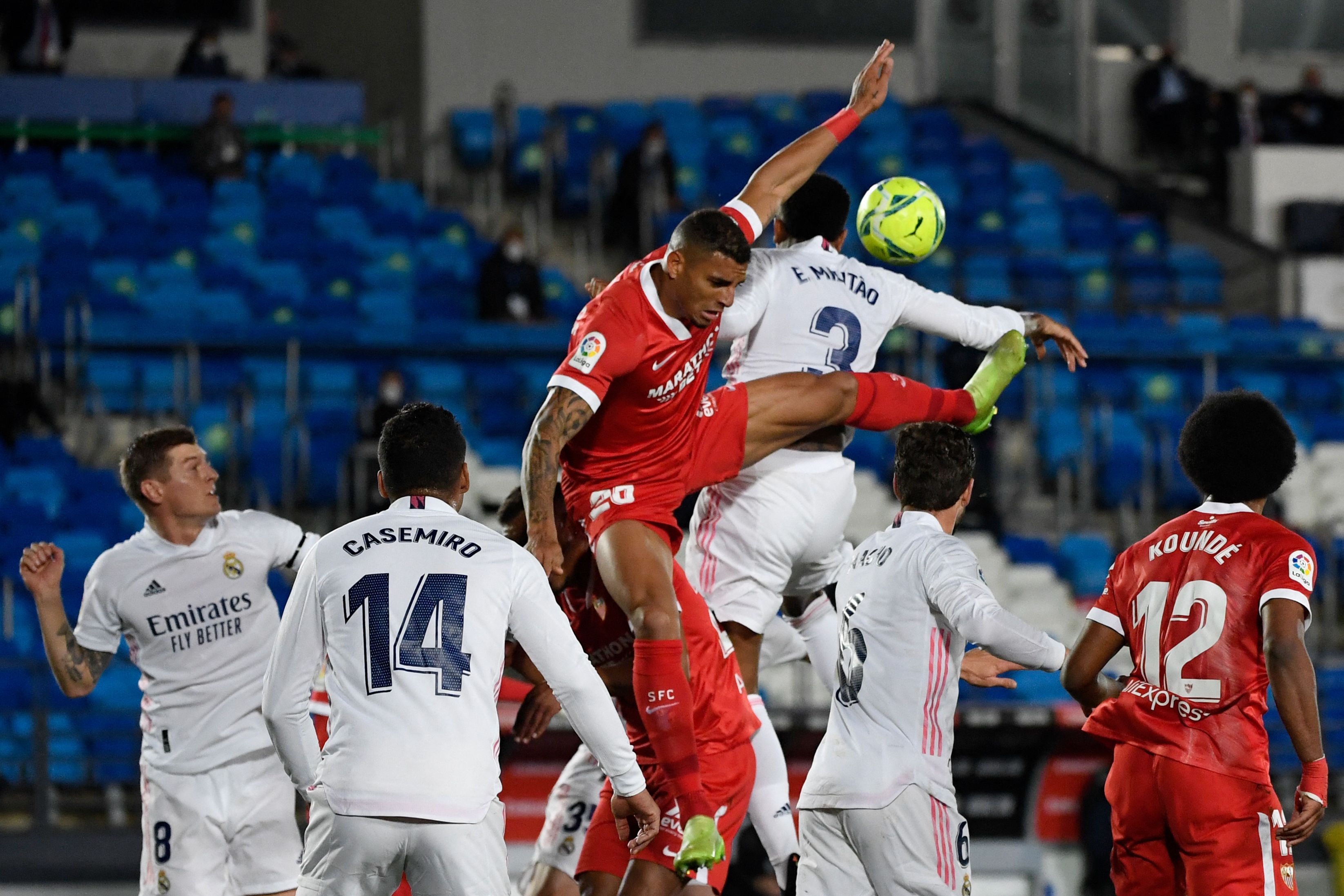 Eder Militao was adjudged to have handled the ball in his own area leading to a Sevilla penaltyCredit: AFP 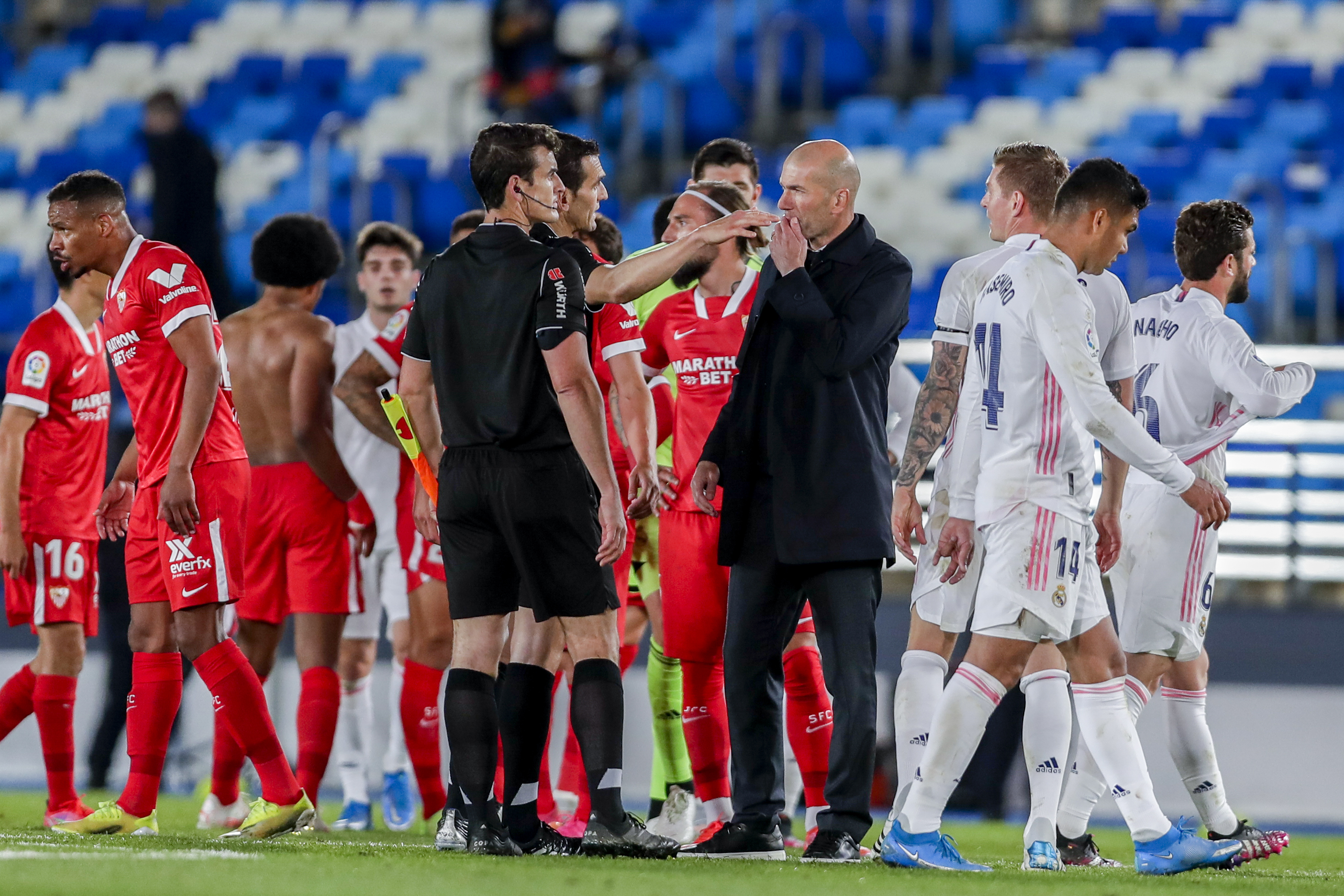 Real Madrid missed their chance to go top of LaLiga despite recovering to draw against SevillaCredit: AP

However, in the fourth minute of added time, Toni Kroos’ shot deflected off Diego Carlos and into the Sevilla net to seal a crucial point for Los Blancos.

Real Madrid now sit second in the league just points behind neighbours Atletico and ahead of Barcelona on head-to-head record.

The LaLiga title chasers all have three games left to play in what could come down the final match of the season.

Sevilla themselves are guaranteed of at least fourth place, sitting 15 points above fifth-placed Real Sociedad.

But they also sit just four points adrift of Barcelona and Real Madrid and six points back from Atleti as they hope for a miraculous title of their own.