THOMAS TUCHEL has arrived in Abu Dhabi ahead of Chelsea’s Club World Cup final against Palmeiras. 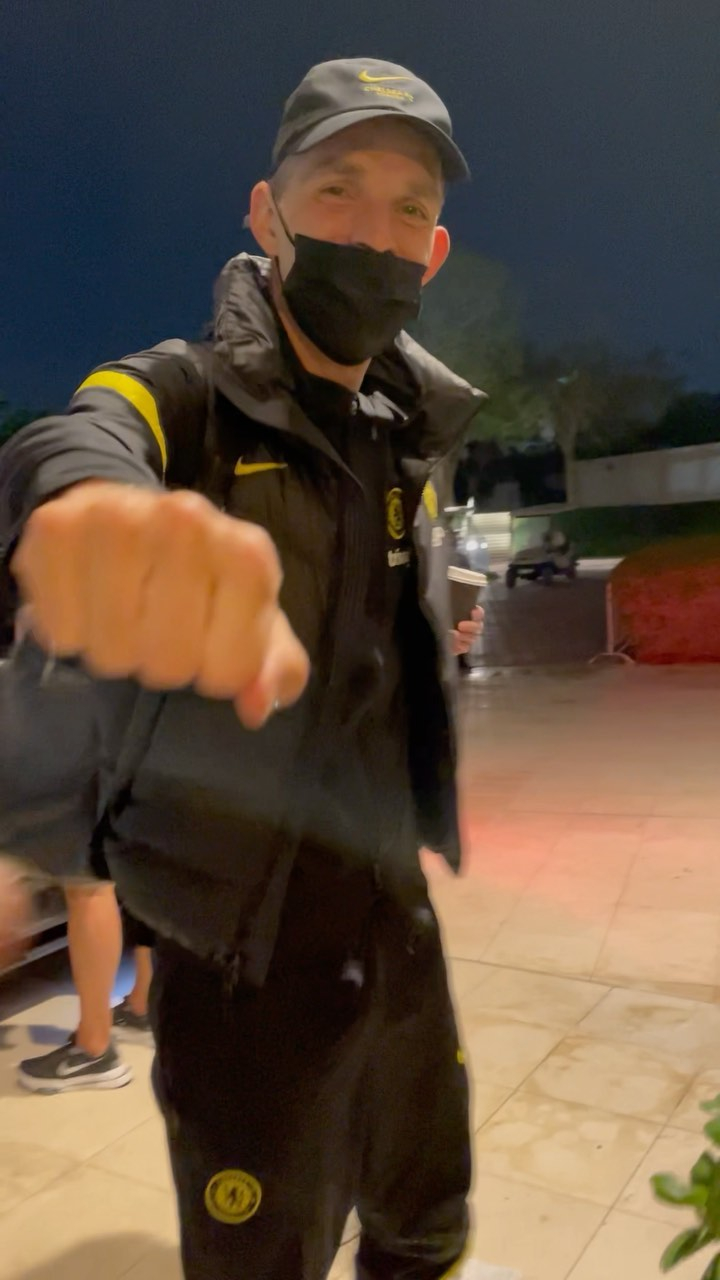 Tuchel is set to be in the dugout if he records another negative Covid resultCredit: Twitter @chelseafc

Tuchel was forced to watch the game from England as assistant Zsolt Low took charge on the touchline.

But Tuchel could now be set for a return to the dugout for tomorrow’s game.

The German returned a negative test result today, allowing him to fly on a private jet to the UAE.

And should Tuchel return another negative test while abroad, he will be able to take control tomorrow as Chelsea bid to win their first Club World Cup.

The tactician was all smiles as he touched down in Abu Dhabi on Friday, greeting Chelsea pals with high fives.

And assistant Low revealed earlier he was desperate for Tuchel to join in the action following his brush with Covid.

“If he cannot come, we are well prepared and will have lots of meetings during the day.”

As for Palmeiras, Low added: “We know a lot about Palmerias and have been in the Copa Libertadores last two times and expect a very difficult game.

“Thiago and Kenedy talk about how good the Palmeiras fans are and we expect a lot of them here.

“But it is a big game for us. Only two English clubs have won this trophy and Chelsea have never won it so we want to win this title.”

Chelsea vice-captain Jorginho added: “It is unfortunate Thomas was not here for the semi-final but he hopes he will join us for the game.

“When your manager is here, he gives you more energy in the changing room.

“We want to win this trophy, an important trophy. We are not thinking about the Premier League right now.”