ANDY MURRAY’S winning set point at the end of the third set against John Isner could have been replayed – after the ball boy got CAUGHT up in the celebrations.

The Brit nailed down a huge serve at 6-3 in the tie-break which Isner only managed to get a frame to.

Murray threw down a monster serve at 6-3 in the tie-break which John Isner framed upCredit: BBC 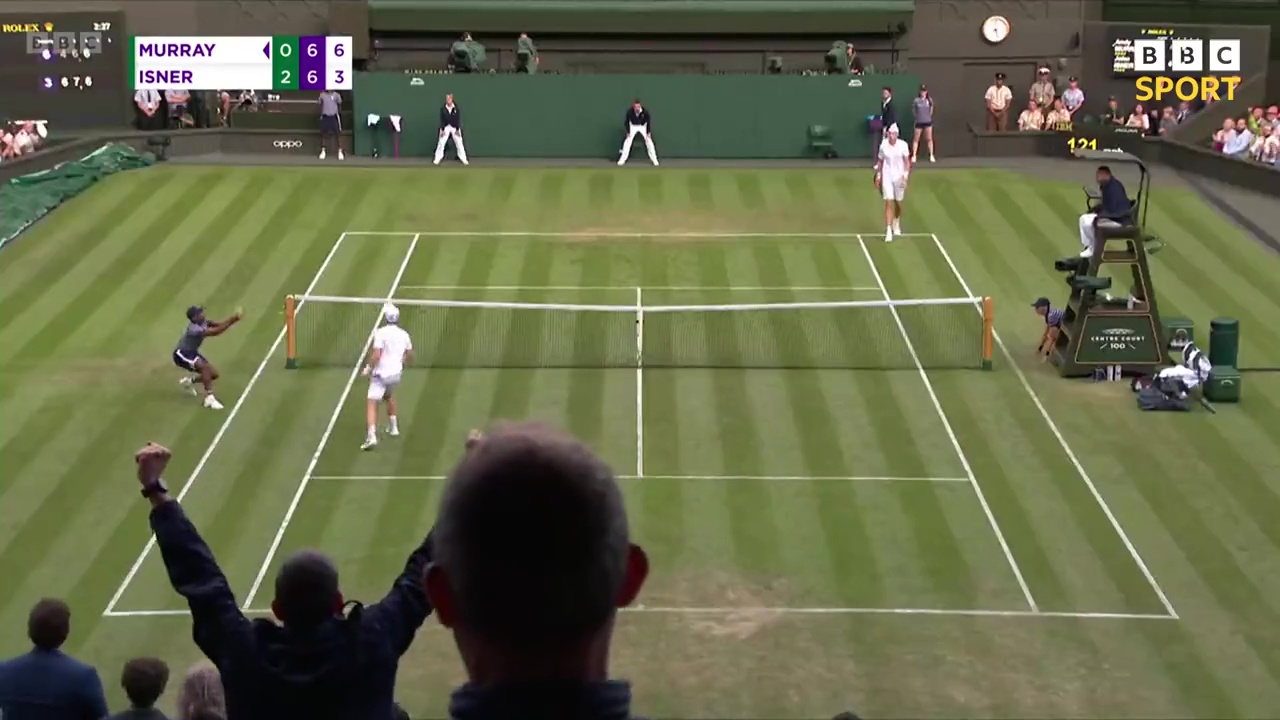 The ball boy got over-excited and came out to catch the ballCredit: BBC 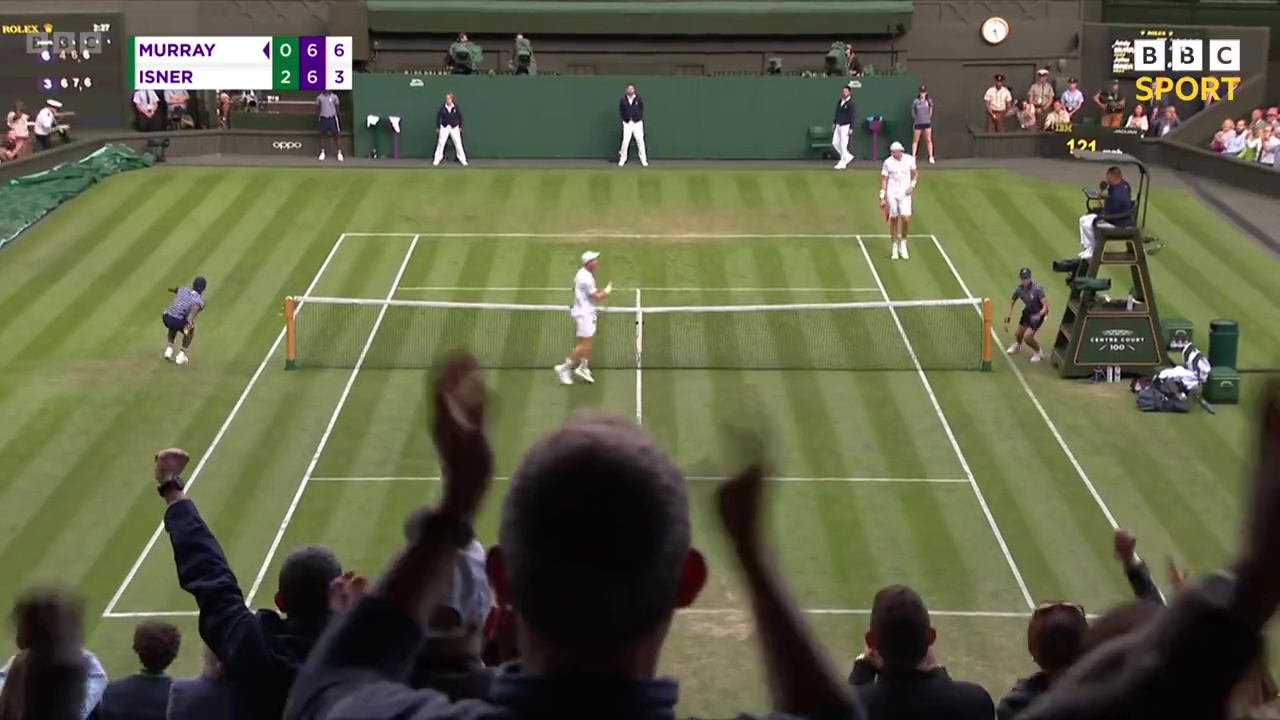 The crowd erupted and Isner made no complaintsCredit: BBC

That sent the ball flying high into the Wimbledon air.

And as it was clearly not going to land back in court, Murray jumped, shouted and fist-pumped wildly as he got himself back into the second-round match.

Isner started making his way to the chair before the ball eventually came down near the net.

But the overly-eager ball kid next to the net post rose up and took a catch – and a good one at that – on the full, rather than letting it bounce out of play. 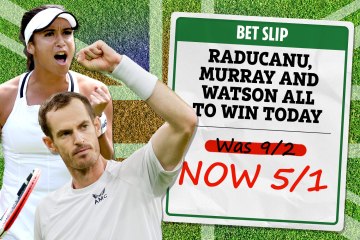 Therefore, the ball did not actually go out and in theory, by the letter of the tennis laws, the umpire could have asked for the pressure point to be replayed.

However, Mr Nice Guy Isner was not bothered and had no complaints so the umpire’s discretion was to give the point to Murray.

There would surely have been uproar from the 15,000 in the crowd had Mohamed Lahyani called a let – even if it was a perfectly legitimate decision.

The ball boy escaped with his blunder, though, and there was no further repercussions.

Murray, though, lost the fourth set 6-4 to crash out of Wimbledon in the second round for the first time.

He said: “I think most of the players on the tour would tell you that a match like that was won or lost based on a few points here and there.

“I didn’t play well enough on those points tonight.

“I certainly didn’t serve well enough at the beginning of the match, which I think is understandable.

“He’s a difficult opponent to play against – I obviously played well against him in the past.

“I feel disappointed right now. Obviously I wanted to do well here.

“I love playing at Wimbledon, a surface that I feel like I can still compete with the best guys on. It definitely, definitely hurts.”

Isner, a gentle giant standing at a whopping 6ft 10ins, fully deserved his first win over the two-time former champ at the ninth attempt.

He was respectful and classy in his celebrations and in his on-court interview.

The American, 37, said: “It is no secret I am not a better player than Murray, I may have just been a little better than him today. It was an incredible honour to play him.

“I need to relish these moments, this was one of the biggest wins of my career.

“To play as well as I did against one of the greatest players ever is a huge accomplishment for me.” 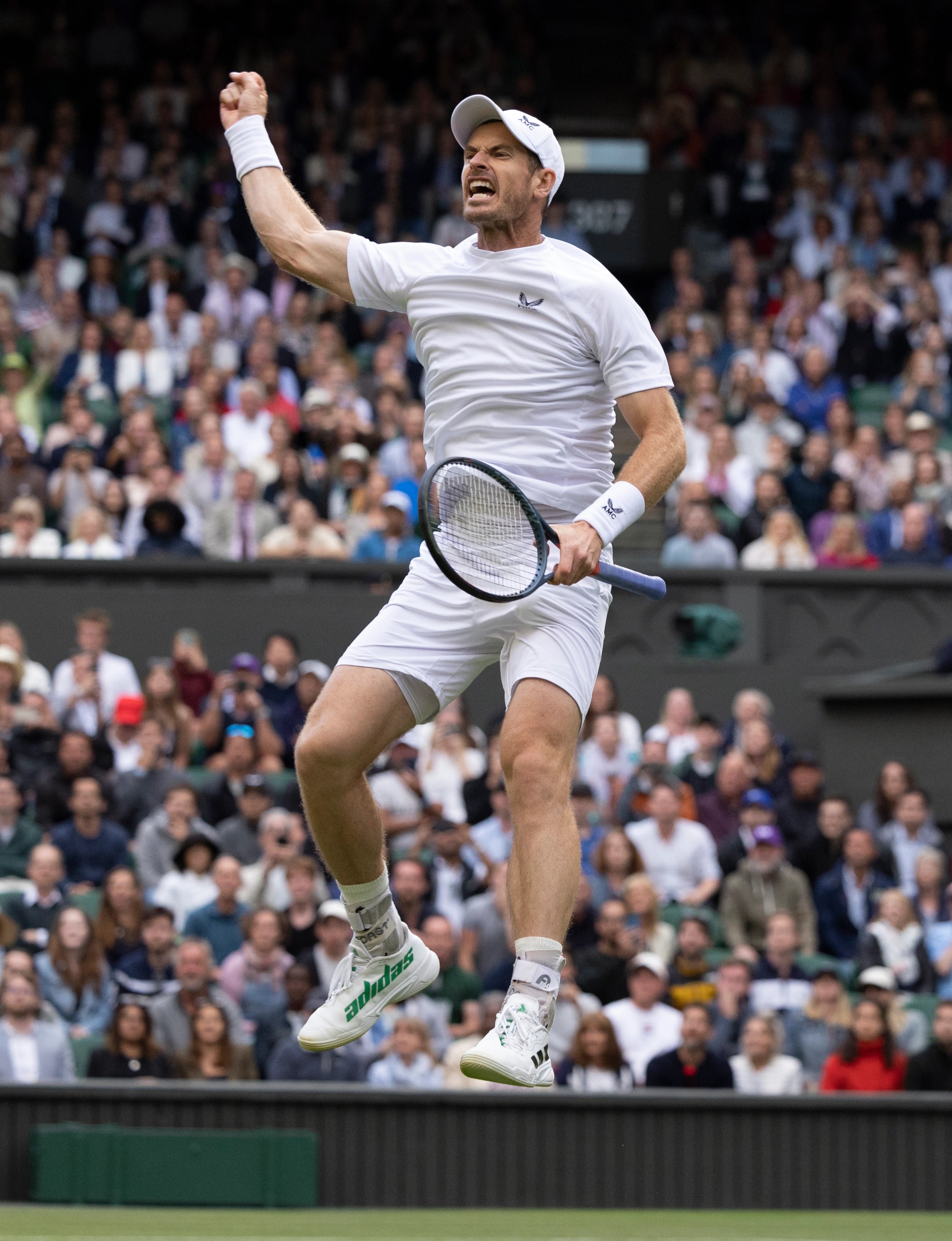 Murray was totally fired up after taking the third setCredit: Richard Pelham / The Sun 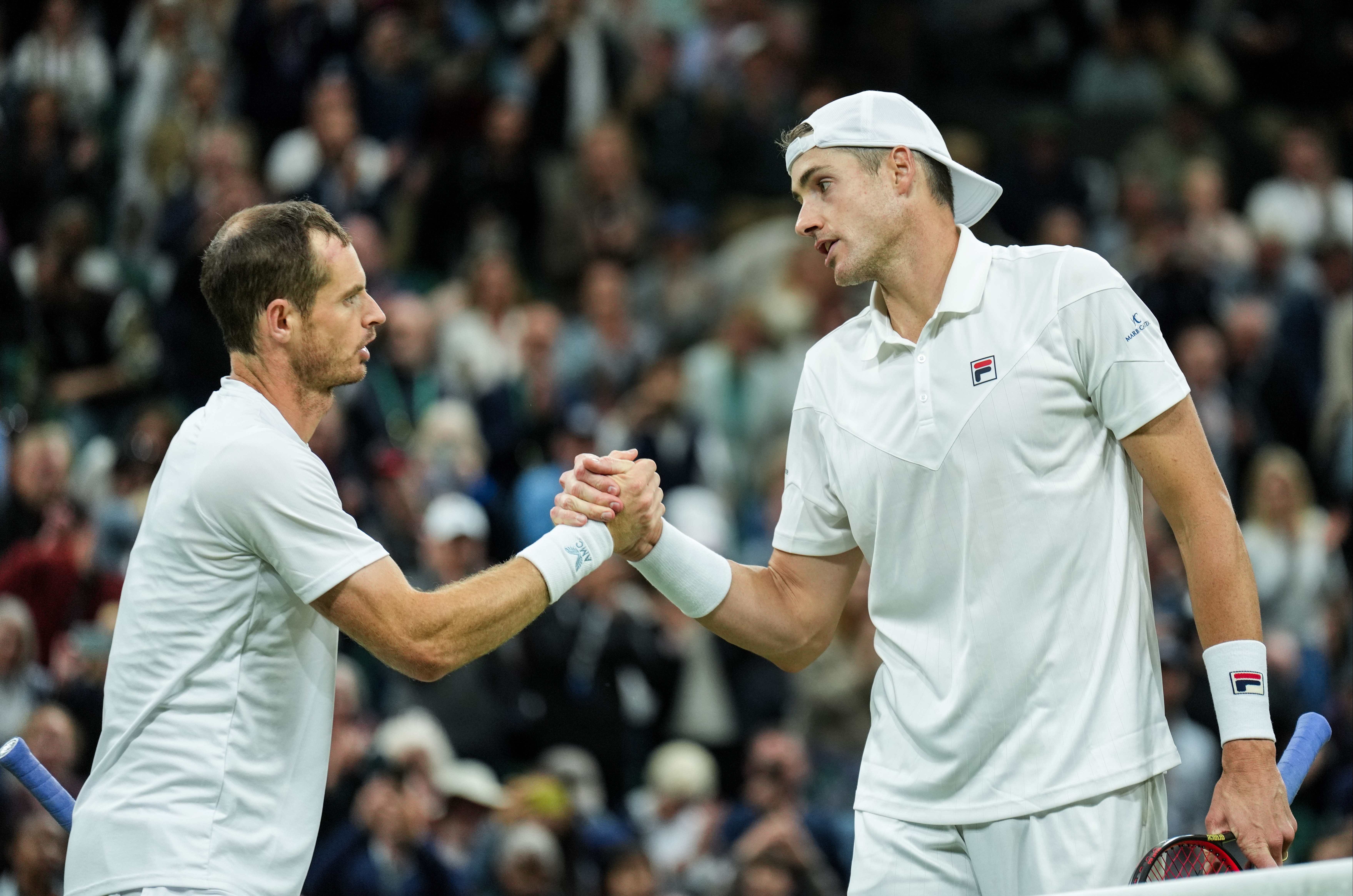 The Brit eventually came up short against the 6ft 10ins giantCredit: Getty