PEP GUARDIOLA fought back tears as he admitted Manchester City will never be able to replace Sergio Aguero – despite leading the race to sign Harry Kane.

The Argentine legend, 32, played his last-ever Premier League game for City on Sunday, coming off the bench to score twice in the 5-0 win over Everton.

“He is a special person for all of us. He is so nice. He helped me a lot. We cannot replace him. We cannot.” 😢

An emotional Pep Guardiola is reduced to tears when asked about Sergio Aguero, who will leave Manchester City this summer.https://t.co/COVNqfr9Dr #MCFC pic.twitter.com/PthCDZVBhI

Aguero also got emotional as he brought down the curtain on his Premier League career at Man CityCredit: News Group Newspapers Ltd

Aguero had been given a guard of honour before kick-off and rolled back the years with a quickfire double to kill off the game shortly after the hour-mark.

Emotions were running high during the trophy presentation in front of 10,000 ecstatic fans inside the Etihad.

And Guardiola was reduced to tears thinking about Aguero’s impending move, with the Argentine out of contract next month.

After the game, an emotional Guardiola paid tribute to Aguero, choking back tears as he told Sky Sports: “We love him so much.

“He is a special person for all of us. We can not replace him.

“There are many players who have helped us here, he showed his quality in those thirty minutes.”

Aguero himself added: “Before the game I felt so strange, the sensation is not good.

“I prefer to think about the good moments.

Aguero was given a guard of honour before the game and was thrown in the air by team-mates after full-time to celebrate his decade at the EtihadCredit: News Group Newspapers Ltd 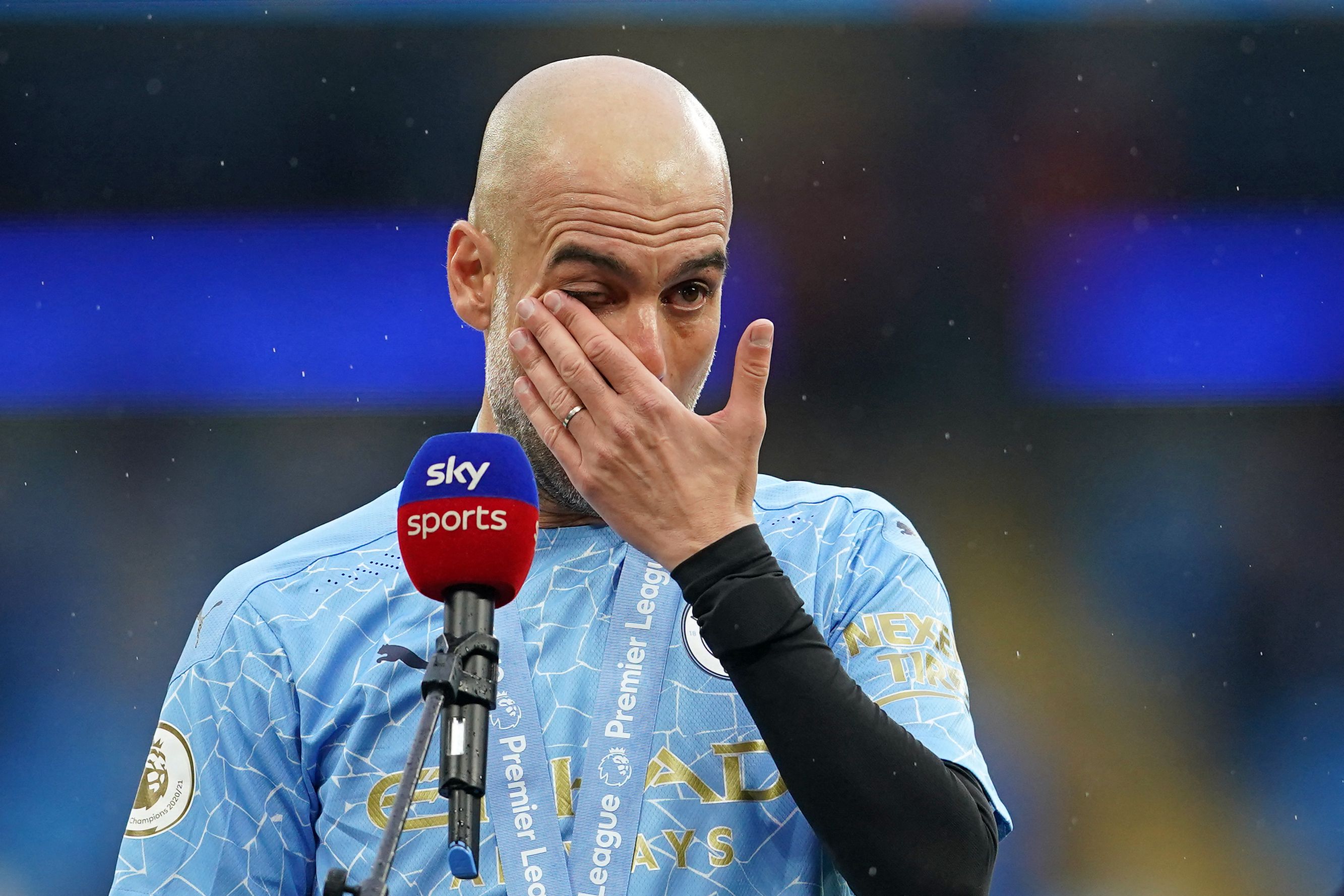 “I want to say thanks to my team mates because they have helped me a lot – thank you for everything.

“I’m a striker, my target is to score goals so I’m so happy because it’s my last game so to score two goals is fantastic for me.

“When I came here the first title for me was the most important, for the club and for me.

“Then Man City started to win more titles so I’m so happy because it’s not easy to be ten years at one club, for me it’s an honour.”

Aguero is now set to join Barcelona on a two-year deal following his free transfer. 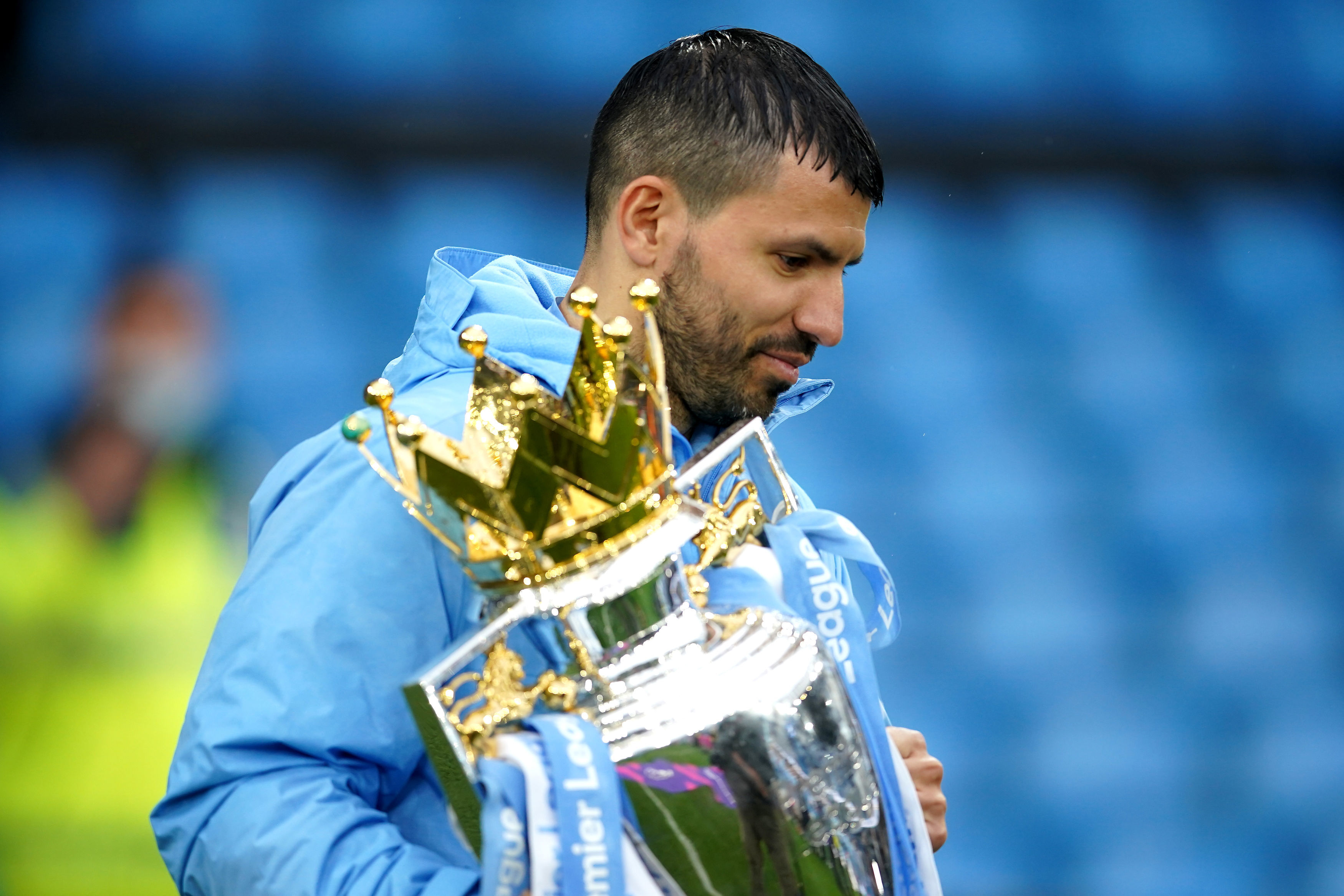 Aguero got his hands on one last Premier League trophy before quitting Man CityCredit: PA

And Man City are eyeing up a move for wantaway Tottenham star Harry Kane.

The England man, 27, could cost City up to £150million – with Manchester United and Chelsea also in the hunt.

But for Aguero, he leaves City a five-time Premier League champion, having scored 260 times in 389 games.

On the final day, his double also saw him break Wayne Rooney’s record for the most goals scored for a single Premier League club.

Rooney netted 183 times for Manchester United, with Aguero’s brace taking him from 182 to 184 in his last-ever game.