PALMEIRAS star Deyverson dived in the 2-1 Copa Libertadores final win against Flamengo after receiving a slight push in the back by the referee.

The game was deep into extra-time with less than a minute to go when Deyverson was having words with one of his opponents.

The Brazilian was smiling and jokingCredit: SBT 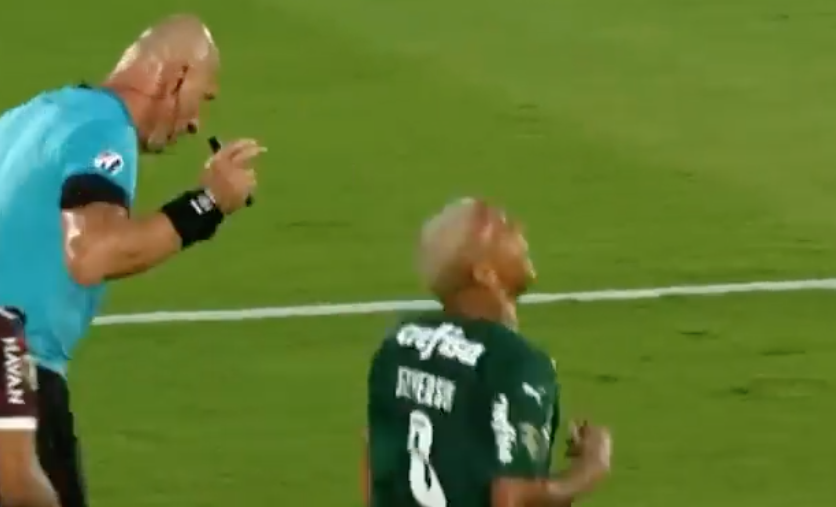 The referee gave him a slight nudge in the back to get play back underway, but the No9 had other ideasCredit: SBT 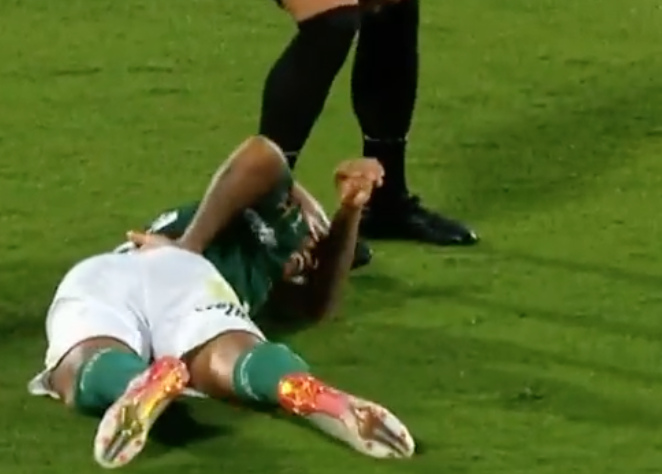 The referee stepped in and gave the Palmeiras star a slight push to get the game up and running again.

But Deyverson had other ideas.

The Brazilian shamefully dropped to the floor, faking serious injury holding his back.

Deyverson’s time wasting as well as an extra-time goal carried Palmerias over the line to their third Libertadores title against a star-studded Flamengo team.

But it wasn’t enough to see off their crafty opponents.

Pereira was at fault for Deyverson’s goal. He was caught flat-footed deep inside his own half and the forward pounced and finished the winner off.

“He was having a great game, playing fantastic, and then in one move it all comes crashing down.

“The only thing I said to him was that no matter how much people will analyse that moment, we didn’t lose the game because of that.”

“Our vision has to be deeper and broader than that analysis, especially with a great player like Andreas.