N’GOLO KANTE made a lung-busting run from one end of the pitch to the other deep into injury time last night.

The Chelsea midfielder showed his remarkable energy, endurance and speed late in their Champions League win over Atletico. 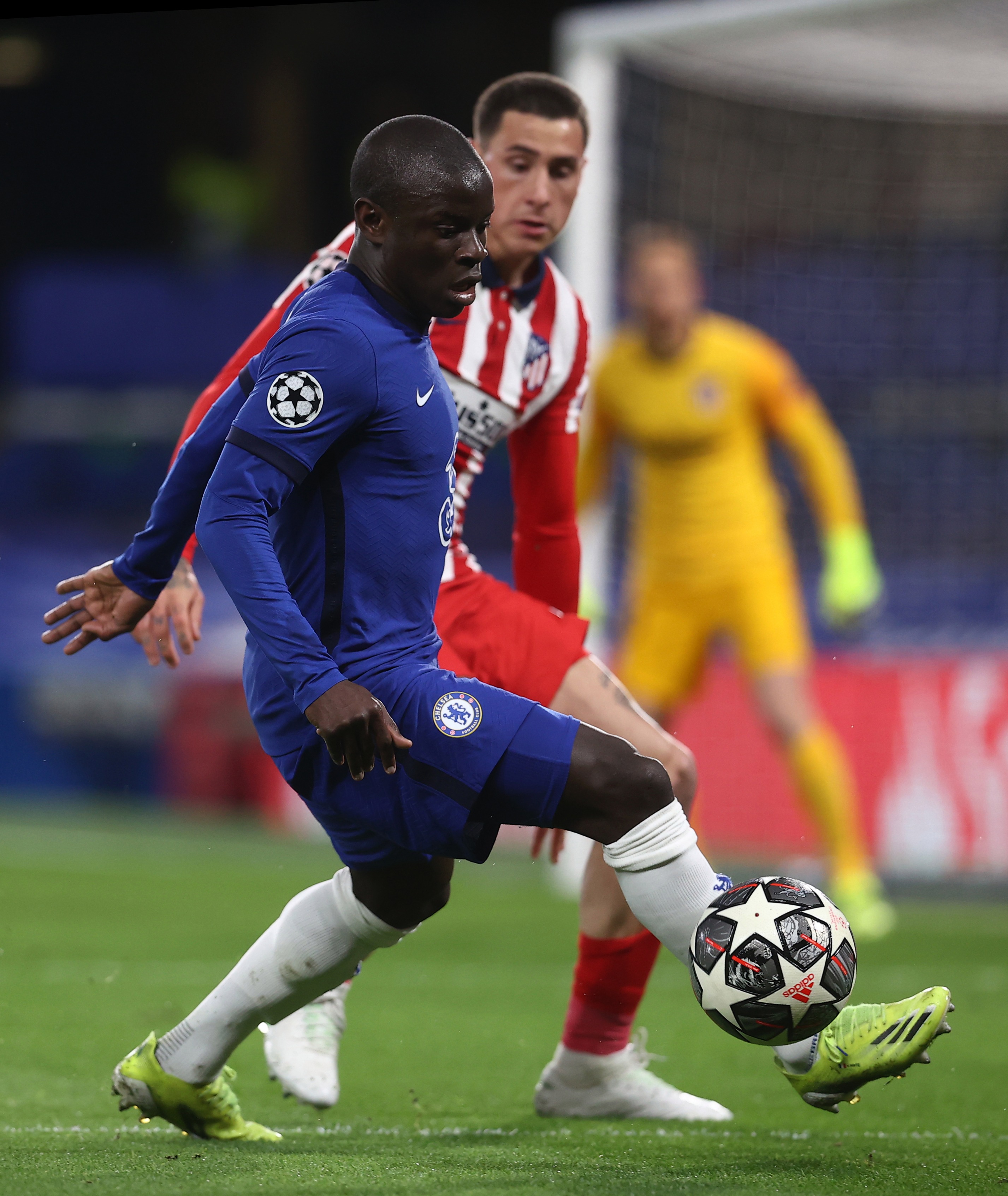 N’Golo Kante drew all the plaudits for his performance against Atletico MadridCredit: The Sun 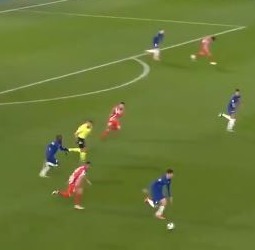 Chelsea broke clear in the 94th minute with Christian Pulisic on the counter attackCredit: BT Sport 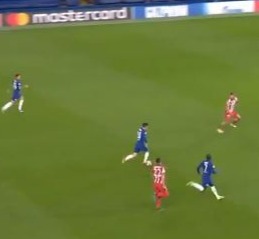 Look at the celebrations in the stands from Thiago Silva, Mason Mount and Jorginho! 😆🤣 pic.twitter.com/wNX3YZe0Sx

Midfield engine Kante sensed a chance of a counter-attack and ended up playing a crucial role in Chelsea’s second goal of the night.

The Blues were 1-0 up in the second leg and 2-0 on aggregate as they cruised towards a quarter-final berth.

But Kante literally kept his foot on the gas by sprinting from one end of the pitch to the other.

Chelsea broke clear with Christian Pulisic in the 94th minute against the LaLiga leaders.

And the American had fellow substitute Emerson Palmieri to his left but little else support.

That’s when Kante came flying forward down his right and made a valuable decoy run to draw defender Marcos Llorente’s attention.

And that freed up room for Pulisic to slide in Palmieri, and the Brazilian to slot home Chelsea’s second goal. 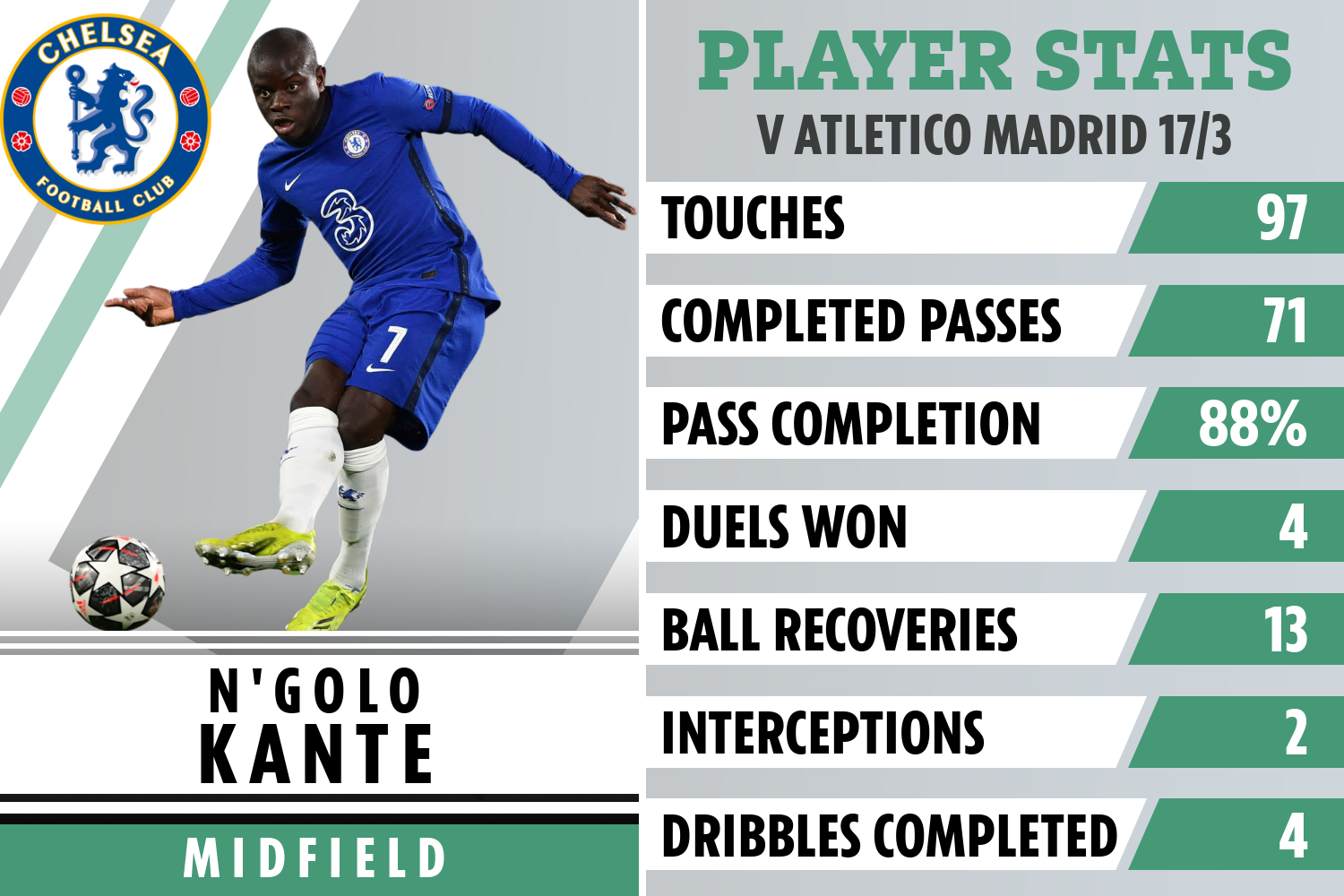 👉 @nglkante will be one of four candidates you can vote for to win the Player of the Week crown 🔜 #UCLPOTM | #UCL pic.twitter.com/JT76TCvIMm

N’Golo Kante with as close to a 10/10 CL game you’ll ever see from a midfielder.

It’ll be forgotten because he didn’t get a goal or an assist but that was a football heritage performance. pic.twitter.com/f6mh2R30CZ

“He has missed a lot of football, but he has had a good run at it now and he has built his fitness and match stamina up that you need.

“He just looks so comfortable. I think he likes having Kovacic in there as well, because I think it takes the burden off him, and they both get about the pitch.

“He was sensational. Not only does he have the physical capabilities, but he has got that canny ability to be in right place at right time and players don’t get round him.

“He’s like having two men in there in one. He decides when he takes it, he blocks lines and then still has the energy to keep starting attacks and break forward in the 90th minute as well, he was fantastic and he’s back to his best.

“He is underestimated for his technical ability, he dribbles and he can pass, he is fantastic.”

Kante hit the ground running at Chelsea after joining from Leicester in 2016 before a torrid run of injuries over the last few years.

BT pundit Rio Ferdinand added: “He is like a magnet to the ball.

“He looks like the Kante who played for Leicester in the year they won the league again in the last few weeks.

“What I like about him is that he is doing both sides of the game now, he is winning the ball. Like I said he is a magnet to the ball in defensive situations.

“But when there’s a turnover and a transition, and that last goal sums it up perfectly, he can get up and beyond things.

“He has got the capabilities to turn defence into attack. He was a joy to watch today on both sides of the game.”