CRISTIANO RONALDO is still as much of a match-winner as he was ten years ago.

The 36-year-old netted a dramatic late goal against Villarreal in the Champions League last week – and new footage has surfaced showing just how desperate he is to win.

Ronaldo seen tussling for the ball 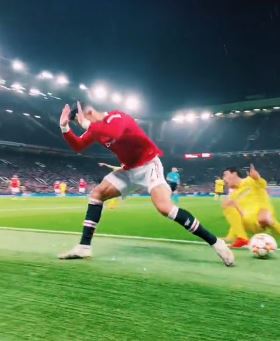 He claims not to have touched it… 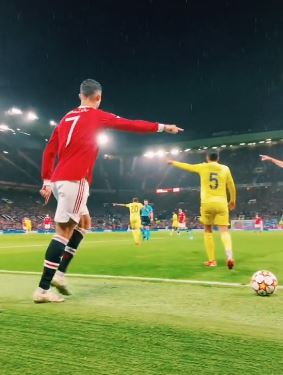 And thinks he’s won a corner 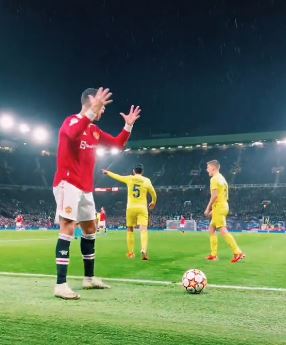 In a video posted to Manchester United’s TikTok account, CR7 is seen battling with Villarreal’s Dani Parejo to win a corner.

When the referee points for a goal kick the United man can’t quite believe it.

He points to the corner flag before throwing his arms out and screaming in frustration when the decision doesn’t go his way.

The Portuguese superstar made sure he had the last laugh though, scoring a 95th minute winner against the LaLiga outfit.

And it’s not the first time Red Devils fans have been reminded of Ronaldo’s win-at-all-costs mentality.

After the disappointing 1-1 draw against Everton on Saturday, Ronaldo stormed straight down the tunnel at Old Trafford as soon as the final whistle blew.

The striker had been DROPPED by Ole Gunnar Solskjaer for the game and was clearly unhappy with the decision.

United legend Sir Alex Ferguson was one of many to criticise Solskjaer, telling UFC star Khabib: “You should always start your best players.”

CR7’s former team-mate Nuno Gomes has claimed Ron can play until he is 40 due to his elite mindset.

Red Devils forward Jesse Lingard has also praised serial winner Ronaldo for the impact he has had since an emotional return to Old Trafford.

The 28-year-old said: “He’s been brilliant. He’s brought so much to the team.

“He’s great to be around to watch what he does. You can learn so many things from him.

“He’s one of the best players in the world. To have him back home is perfect for us at the moment.”