MINO RAIOLA hung up the phone on Simon Jordan after an explosive row over the image rights issue surrounding Zlatan Ibrahimovic.

Ibrahimovic – who is represented by Raiola – called for an investigation into FIFA 21 as he claimed his ‘name and face’ was used without permission.

Super agent Mino Raiola insists he has a duty to protect the rights of his playersCredit: Getty Images – Getty

EA Sports have explained they are allowed to use Ibrahimovic’s likeness due to a deal they have in place with AC Milan.

But Raiola has insisted he will not give up the battle with EA Sports, world football governing body Fifa and the players’ union Fifpro.

He was interviewed about the incident by Jim White and ex-Crystal Palace owner Jordan on talkSPORT.

But the phone call came to an abrupt end after Raiola insisted he did not care about Jordan’s opinion.

During the heated debate, Jordan hinted that Raiola just wanted some commission.

But the super agent responded: “Listen Simon, you know what the nice thing is, that I don’t give a damn about what your opinion is and what you think of this.

“What you think of me is totally irrelevant to me.”

English businessman Jordan replied: “Mino, I have no opinion on you, you’re about as troublesome to me as a cloudy day, I’m asking you a question.” 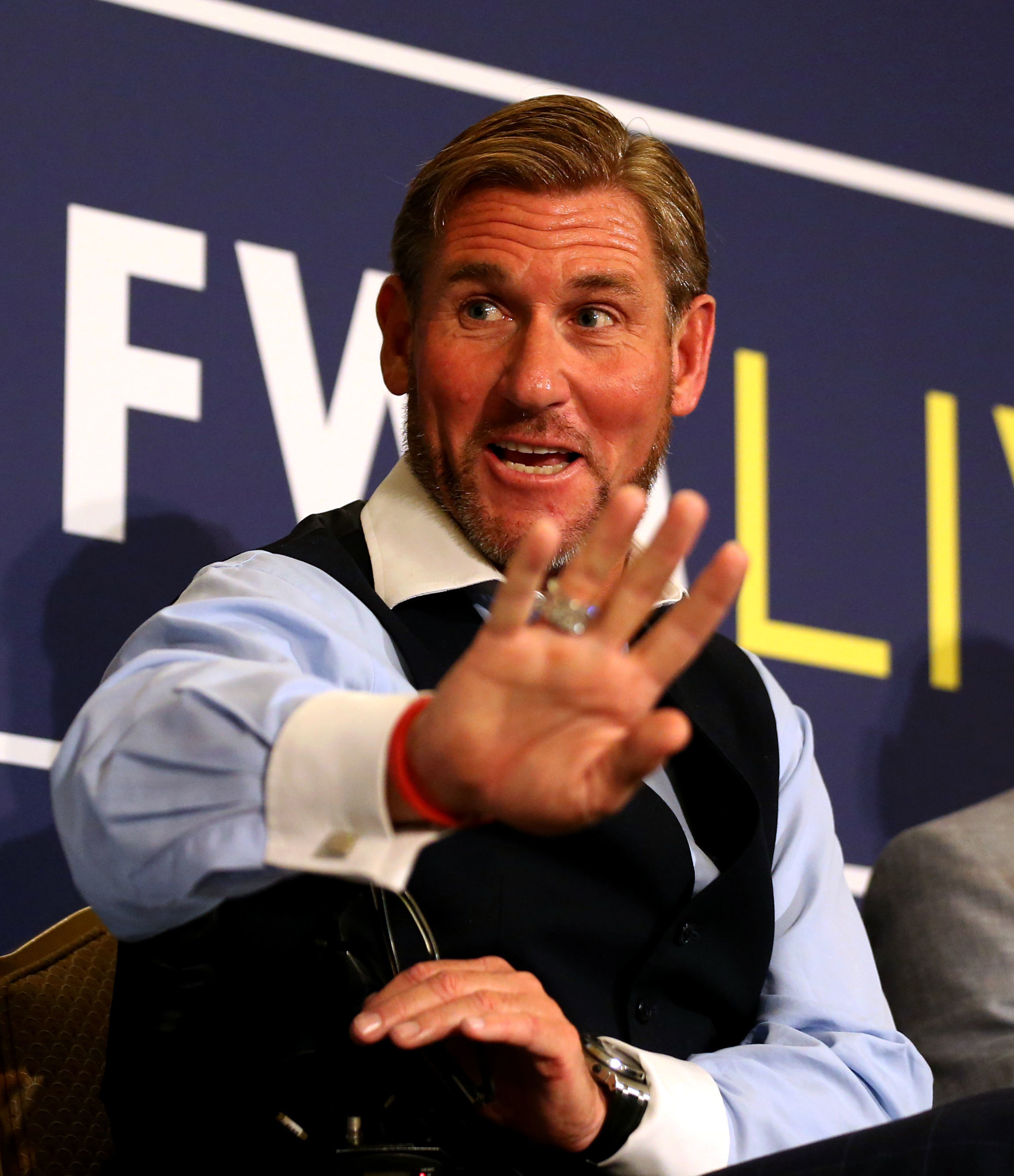 Simon Jordan hinted Mino Raiola was investigating the case in a bid to pocket some commission Credit: PA:Press Association

Raiola said: “You’re not asking me a question, you’re affirming that I do things because of a reason.

“I’m doing these things because very simply, there are rights to my players that cannot be touched.

“This talk is now over Jim. You need to give Simon his own programme.

“Next time you invite, invite me as Jim and not as Simon.

“Have a nice day and have fun with Simon there, you should have a one man show.”

Raiola – who is also Manchester United star Paul Pogba’s agent – then cut off the phone call.

The agent has revealed at least 300 players have joined Ibrahimovic in the fight against EA Sports’ use of player name and image rights in FIFA 21.