ENGLAND star Harry Maguire smashed home his penalty during his country’s shootout defeat to Italy in the Euro 2020 final.

But that’s not the first time the defender has scored and lost a Wembley shootout – doing the same for boyhood club Sheffield United nine years ago.

Harry Maguire, 27, scored his penalty in the shootout against ItalyCredit: Getty 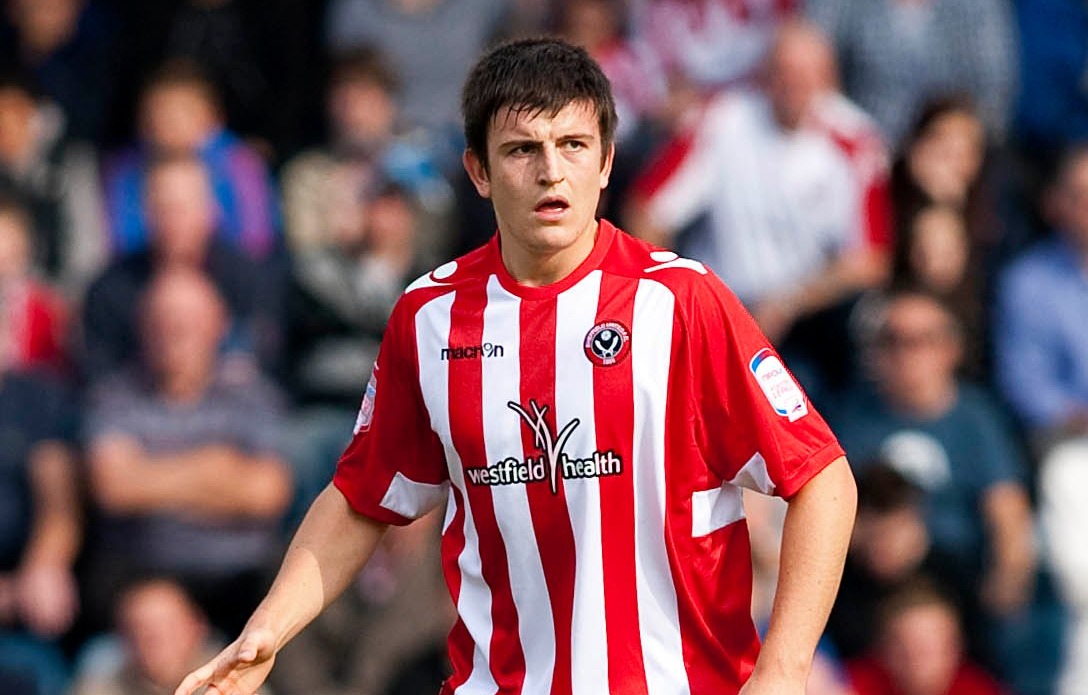 The defender came through the ranks at Sheffield UnitedCredit: Getty Images – Getty

Maguire, 27, was part of the Blades squad that reached the League One play-off final in 2012.

The South Yorkshire side played out a dull 0-0 draw with Huddersfield Town at Wembley and the game went to penalties.

Maguire, then aged 19, wasn’t due to shoot from the spot with more experienced team-mates stepping up.

But with the shootout level after six penalties, the future Manchester United captain was called upon.

And the pressure was on as Gary Roberts had already hammered Huddersfield’s seventh penalty beyond Blades goalkeeper Steve Simonsen.

But Maguire, shooting in front of the Terries fans, was the coolest man in Wembley – walloping the ball past Huddersfield stopper Alex Smithies.

The event draws comparisons with England’s shootout defeat to Italy, with Sheffield United also ending up on the losing side.

And Blades boss Danny Wilson brought on Andy Taylor to take a penalty, only for the defender to hit the post – just like Marcus Rashford did.

Maguire came through the ranks at Bramall Lane, winning the club’s Player of the Year award three years in-a-row before moving to Hull City in 2014.

Speaking exclusively to The Sun, the Three Lions defender revealed his dad has suspected broken ribs after ticketless fans trampled on him at Wembley.

Maguire has also paid tribute to England’s penalty takers – and admitted he would have taken one for his country at such a young age.

And the Premier League star is aiming to go one step further in Qatar next year by winning the World Cup.