Ivory Coast centre-back Bailly was the only player to miss from the spot in the AFCON last-16 tie following a tense 0-0 draw. 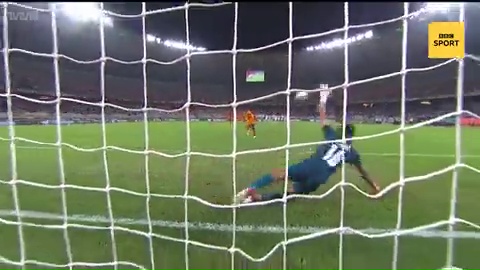 Eric Bailly’s spot-kick was weak enough for sub keeper Gabaski to readjust and tip away – the only miss of the shootoutCredit: https://twitter.com/BBCMOTD

And the manner of his miss might haunt him as a dreadful impression of Manchester United team-mate Fernandes proved costly.

Taking just one step, then a skip, Bailly appeared to do a ‘no-look’ attempt, side-footing a soft spot-kick to the right of sub keeper Gabaski.

The stopper dived the correct way, albeit too far – but because the penalty was so slow he was able to fling an arm back and scoop it onto the bar.

That was the fifth of the ten spot-kicks as Egypt won the shootout 5-4.

Gabaski was only on as first-choice keeper Mohamed El Shenawy injured his leg in the second half.

Liverpool striker and Pharaohs captain Mo Salah then slotted the clinching penalty to set up a quarter-final with Morocco on Sunday.

But it was a cruel for Bailly as his miss was the only blemish on his outstanding display.

He wore a rugby scrum cap on his comeback from a head injury.

Bailly then took a mauling after his spot-kick woe.

One viewer joked: “That’s a normal penalty for Bailly I was expecting him to do a back heel personally.”

And another wrote: “Lmao Bailly been around Bruno for too long. He said let me try this.”

Plenty then made the same gag – joking Bailly had missed on purpose to make sure Liverpool star Salah is away from Premier League action for longer. 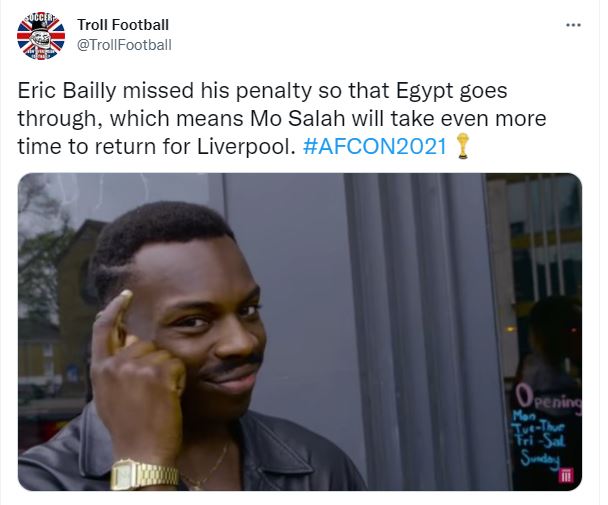 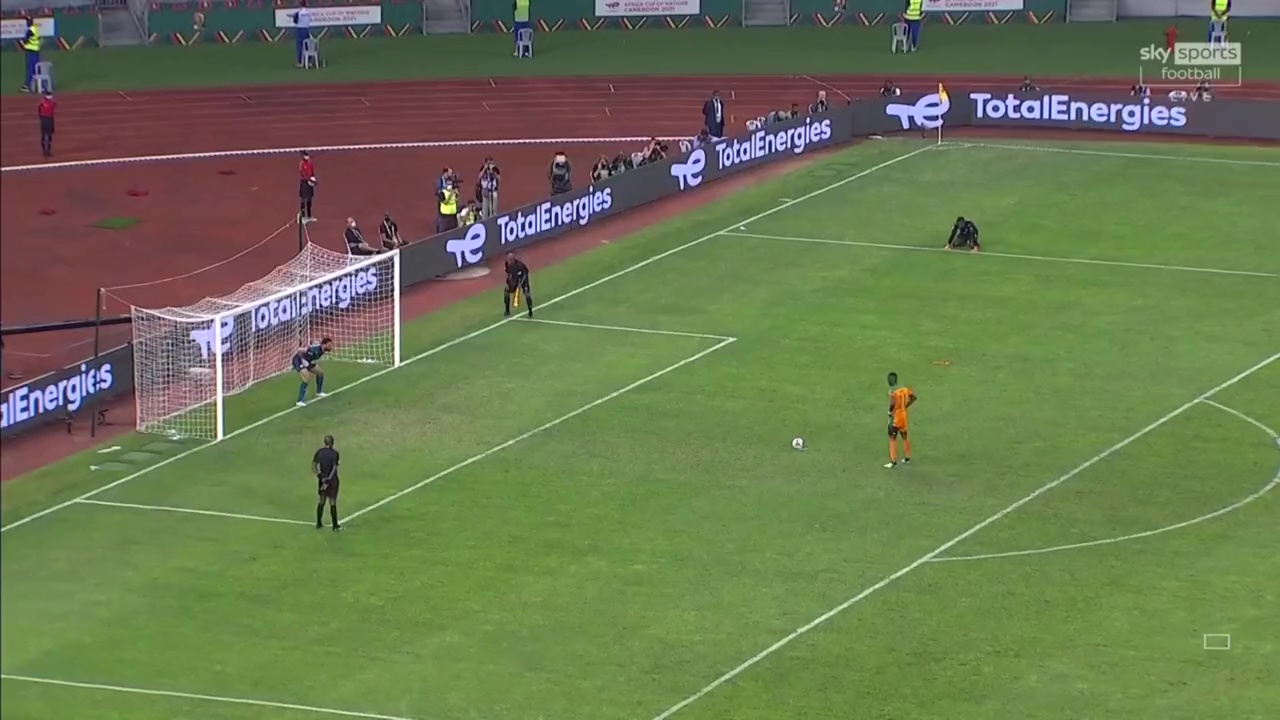 Eric Bailly took just a short run-up before his tame penalty was easily saved as Ivory Coast won the shootout 5-4 to reach the quarter-finalsCredit: Sky Sports