Jurgen Klopp’s men started fast in their first home match of the season but failed to find the breakthrough.

Diaz dribbled past five Palace players before getting his shot offCredit: Getty

“That is absolutely SENSATIONAL from Diaz!” 🔥

10-man Liverpool are level and what a stunning goal that is from the Colombian! 😮 pic.twitter.com/PtOz7v6tdO 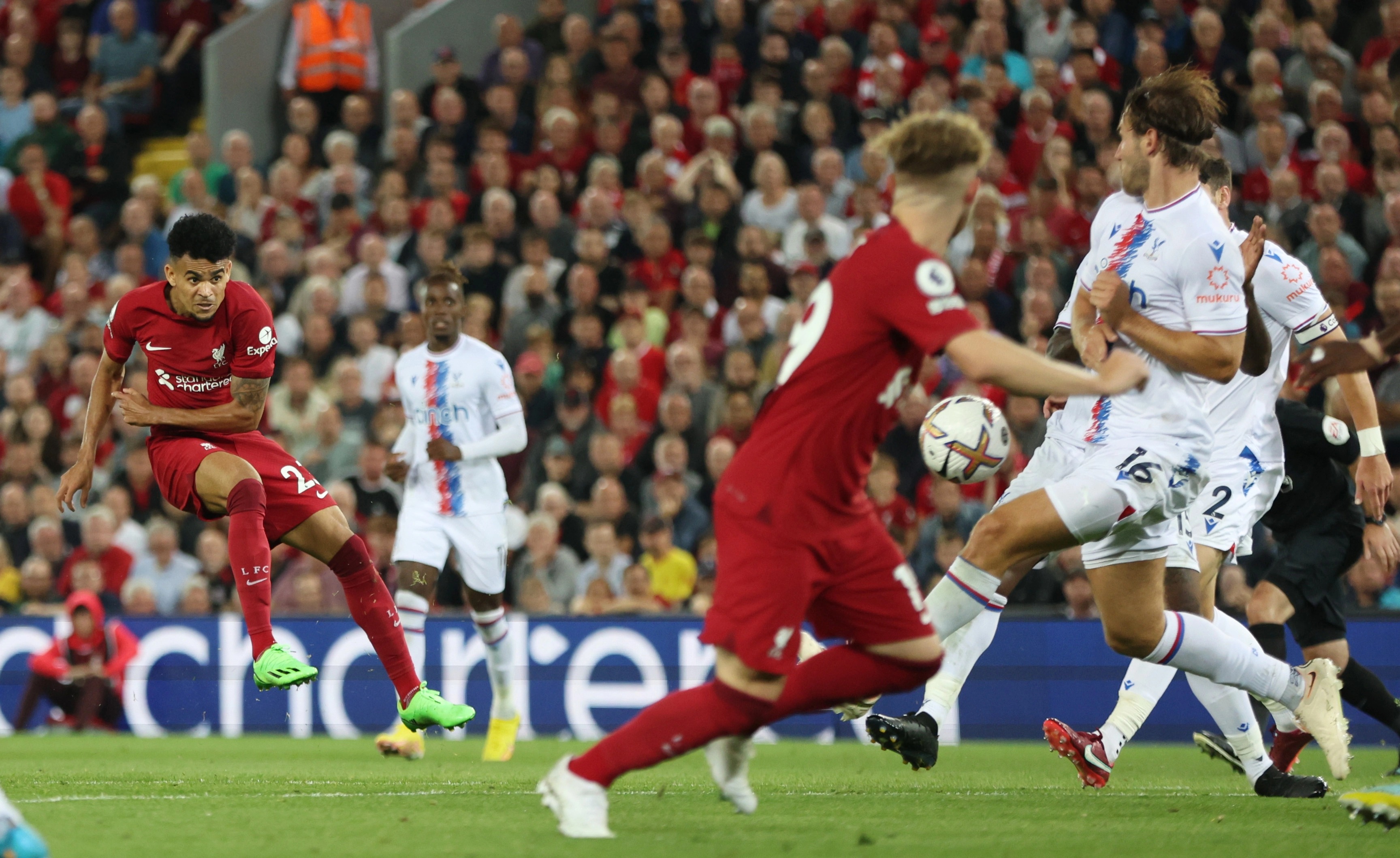 The clean strike nestled in the far corner to jubilant scenes on MerseysideCredit: Getty 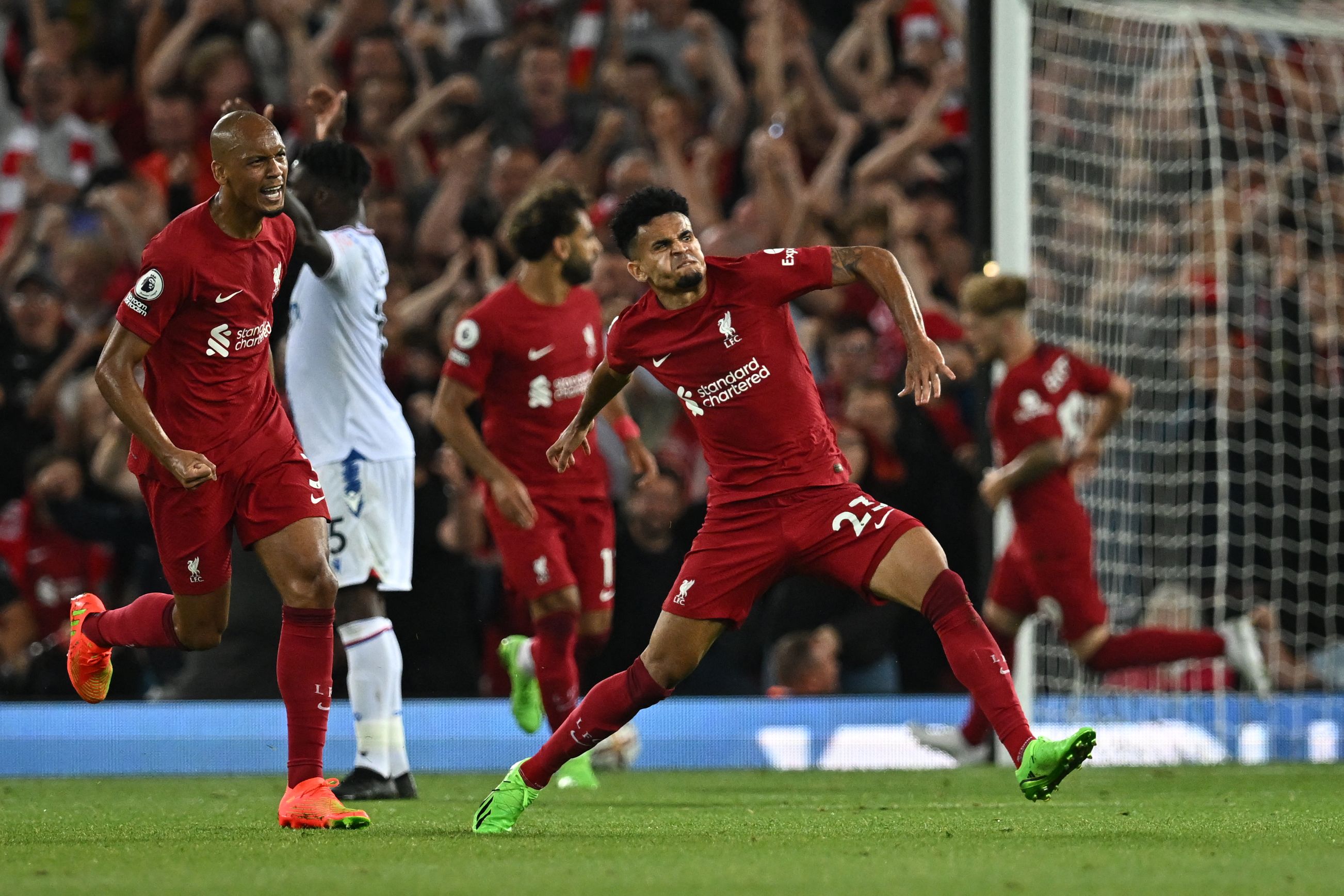 Diaz’s strike sparked Anfield into life but Liverpool could not go on to win the gameCredit: AFP

And Palace made them pay in the 32nd minute when Eberechi Eze sent Wilfried Zaha away on the break and the Eagles talisman finished superbly to give the visitors a shock lead.

Things then went from bad to worse for Liverpool after the break.

But just as the match seemed to be slipping away from Liverpool, Diaz stepped up to produce a moment of magic.

Cutting in from the left-hand side, the Colombian forward weaved his way past five Palace shirts before rifling a spectacular shot beyond Vicente Guaita.

It was a breathtaking strike which looked set to inspire Liverpool to victory.

Diaz’s passionate celebration sent the crowd wild as the Merseyside outfit sensed a first win of the campaign.

However, Patrick Vieira‘s side stood firm and withstood late pressure to leave Anfield with an impressive point.

It means Liverpool only have two draws to show for the start of their campaign following a 2-2 draw with Fulham on the opening weekend.

They are already four points adrift of reigning champions Manchester City as they swatted aside Bournemouth 4-0 on Saturday to maintain their perfect start.

Next up for Klopp‘s side is a trip to Old Trafford on Monday to take on rivals Manchester United.

Liverpool will be looking to inflict a third successive defeat on Erik ten Hag’s side – who currently sit bottom of the Premier League following losses to Brighton and Brentford.