LORENZO INSGINE scored a sublime winning goal against Belgium to send Italy into the semi-finals at Euro 2020.

The Napoli winger, 30, put his side 2-0 up at the end of the first half with an emphatic curling strike.

Lorenzo Insigne scored a stunning strike for Italy in their 2-1 win against BelgiumCredit: Reuters 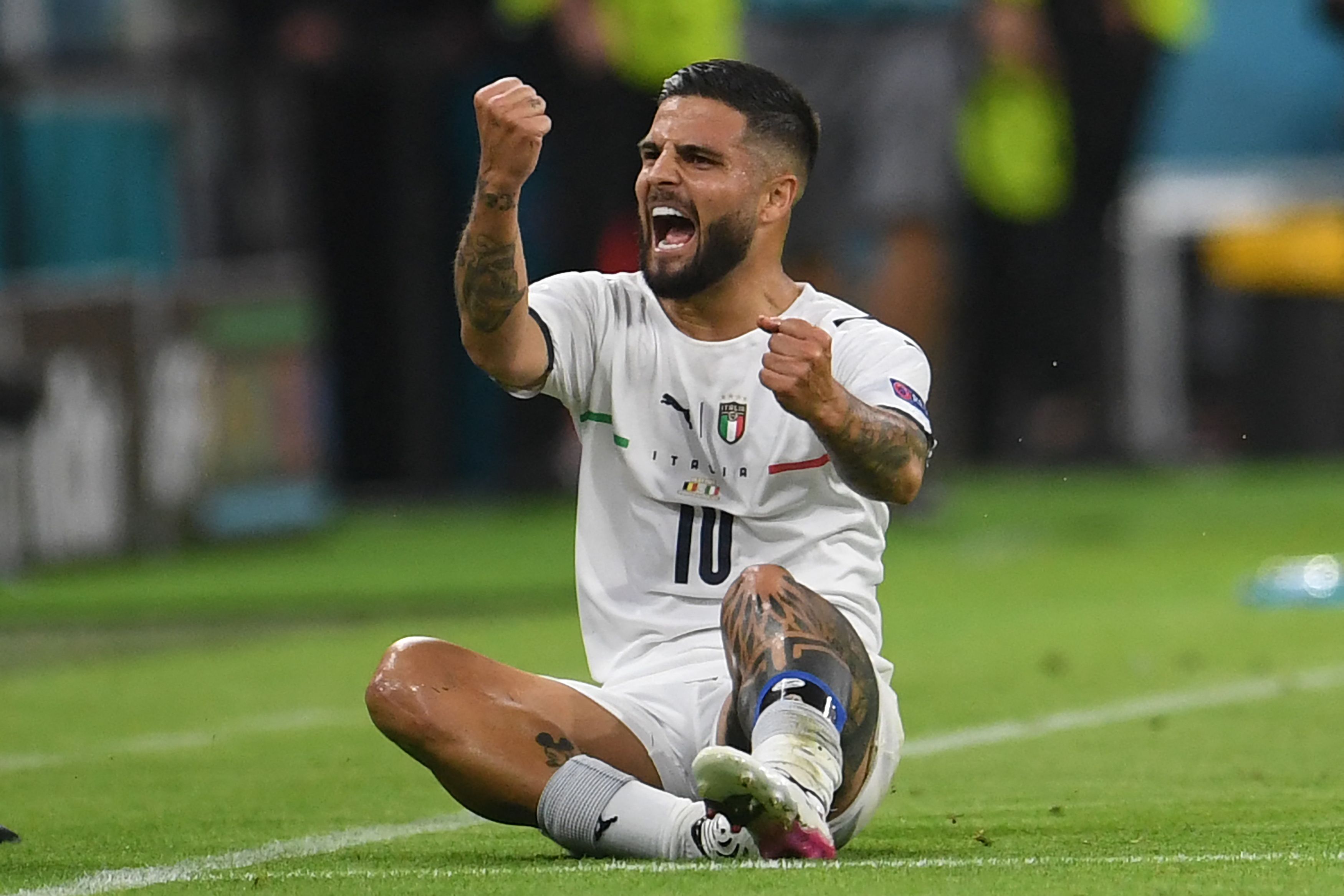 Insigne was named as the man of the match for his performance in the Euro 2020 quarter-final clashCredit: AFP

He picked up the ball inside his own half before skipping past Youri Tielemans, where he then took aim from 25 yards out.

His shot nestled into the top right corner despite goalkeeper Thibaut Courtois’ best efforts to keep it out.

Insigne’s goal proved crucial as Belgium instantly won a penalty from kick-off, which was converted by Romelu Lukaku.

And Italy held out for the win to set up a semi-final clash against Spain on Tuesday.

The two countries have met each other in the knockout stages at the European Championship in the last three tournaments.

Spain beat Roberto Mancini’s side on penalties in 2008 in the quarter-finals, before smashing the Azzurri 4-0 in the 2012 final.

And the 2006 World Cup champions will go into their next meeting full of confidence having won all five games at Euro 2020, while conceding just twice.

Match-winner Insigne has scored twice this tournament having also curled home against Turkey in the opening match.

His beauty against Belgium saw him win the man of the match, and fans quickly took to social media to laud the forward.

One user tweeted: “Insigne’s goal will surely win goal of the tournament… what a goal it was.”

Another commented: “Insigne loves a curler top corner such a brilliant player.”

A third added: “Insigne amazing, amazing. Is there a better ball-striker than him cutting in from the left channel? Don’t think so.”

Meanwhile one said: “Insigne has been one of my favourite players to watch this tournament. Just an unreal talent.”