JOSH SARGENT scored one of the goals of the Premier League this season after breaking the deadlock away at Watford.

The Norwich forward, 21, opened the scoring in the 51st minute in what was his first top-flight strike since joining last summer.

“This is absolutely OUT OF THIS WORLD!” 🤯 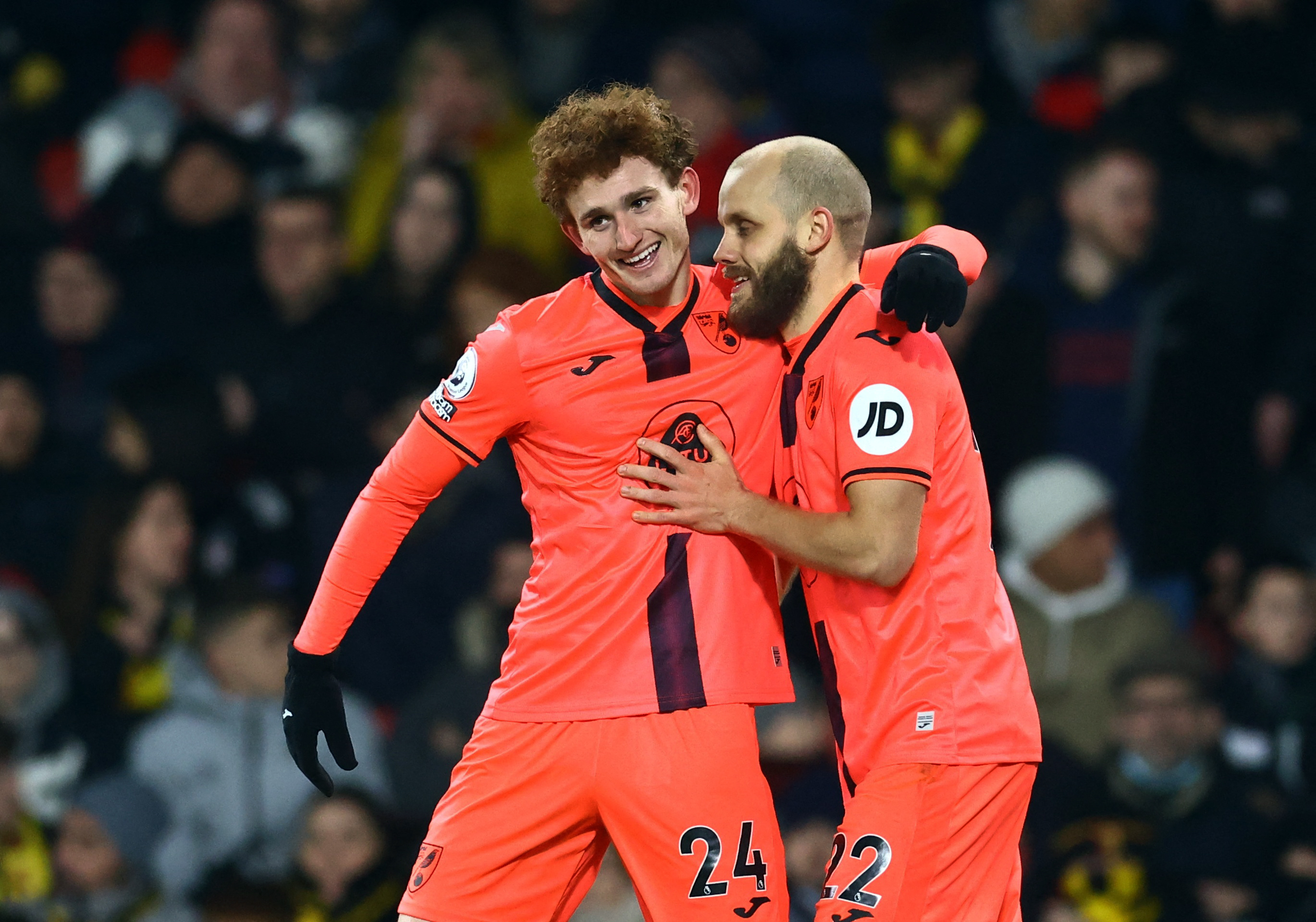 Sargent celebrated with striker Teemu Pukki after he broke the deadlock at Carrow RoadCredit: Reuters

And he then doubled his tally 20 minutes later with a header after play was restarted after the lights went off at Vicarage Road.

But it was his first goal that is in the running to win the Goal of the Year as he scored with an emphatic running scorpion kick.

The USA international got on the end of Teemu Pukki’s low pass that was just behind him.

However the ex-Werder Bremen ace readjusted his feet where he flicked the ball with his heel goalwards.

And the ball bounced in off the underside of the bar and just over the line to spark wild celebrations from the fans and players.

Speaking on commentary, Sky Sports pundit Jamie Carragher said: “I thought the chance had gone as the over-hit pass from [Kenny] McLean had taken it away from Pukki.

“But Pukki did so well to keep it in. Watford may claim a foul but what a finish from Sargent… it’s unbelievable as it’s behind him.

“That is unbelievable from Sargent.

“I think that the defender is going down before Pukki makes contact but the finish is out of this world.”

Should Norwich hold on for the win, they would leapfrog Watford in the table and out of the bottom three.