JADON SANCHO was back with a bang last night for Borussia Dortmund to leave both fans and opponents mesmerised.

The 21-year-old had not featured for seven weeks since scoring the winner against Borussia Monchengladbach before later going off injured. 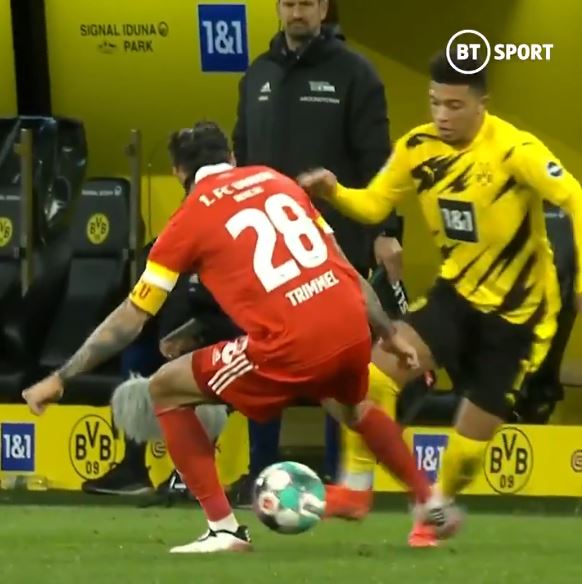 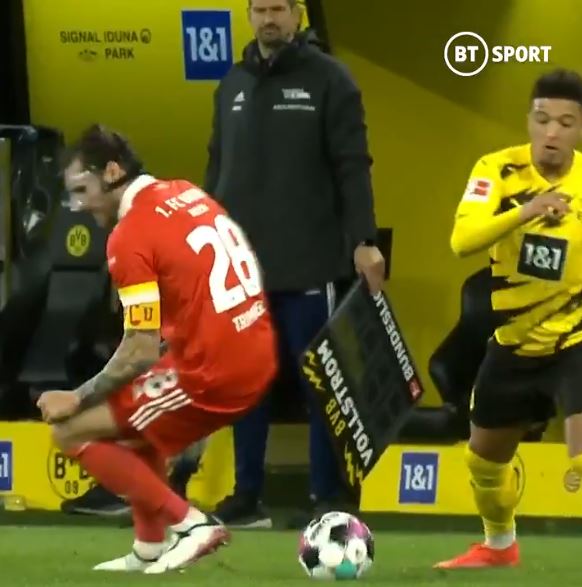 That blow led to him missing both legs of Dortmund’s Champions League quarter final clash against former club Manchester City.

But finally he was ready to return to action on Wednesday as his team welcomed Union Berlin to Signal Iduna Park.

Sancho’s big comeback arrived in the 59th-minute with Dortmund already a goal to the good.

Marco Reus had opened the scoring 27 minutes in.

However, it was the Three Lions attacker who quickly stole the show as he pulled off a wonderful nutmeg on Christopher Trimmel.

And the reaction of Trimmel’s team-mates was also priceless as they watched the magic from up close in disbelief.

It was not just tricks that won Sancho praise.

He went on to play a key role in Raphael Guerreiro’s late goal as well that secured the 2-0 win and the three points when launching a counter-attack.

The game also marked a significant milestone for the ace.

It was Sancho’s 100th appearance in the German top-flight.

He arrived at Dortmund from City in 2017 and remains to be linked with a Prem return, with his old club, Man United and Chelsea all believed to be keen on signing him.