The 34-year-old, who scored earlier in the match, looked into the camera and screamed as he celebrated winning Euro 2020 at Wembley.

Leonardo Bonucci, 34, looked down the camera 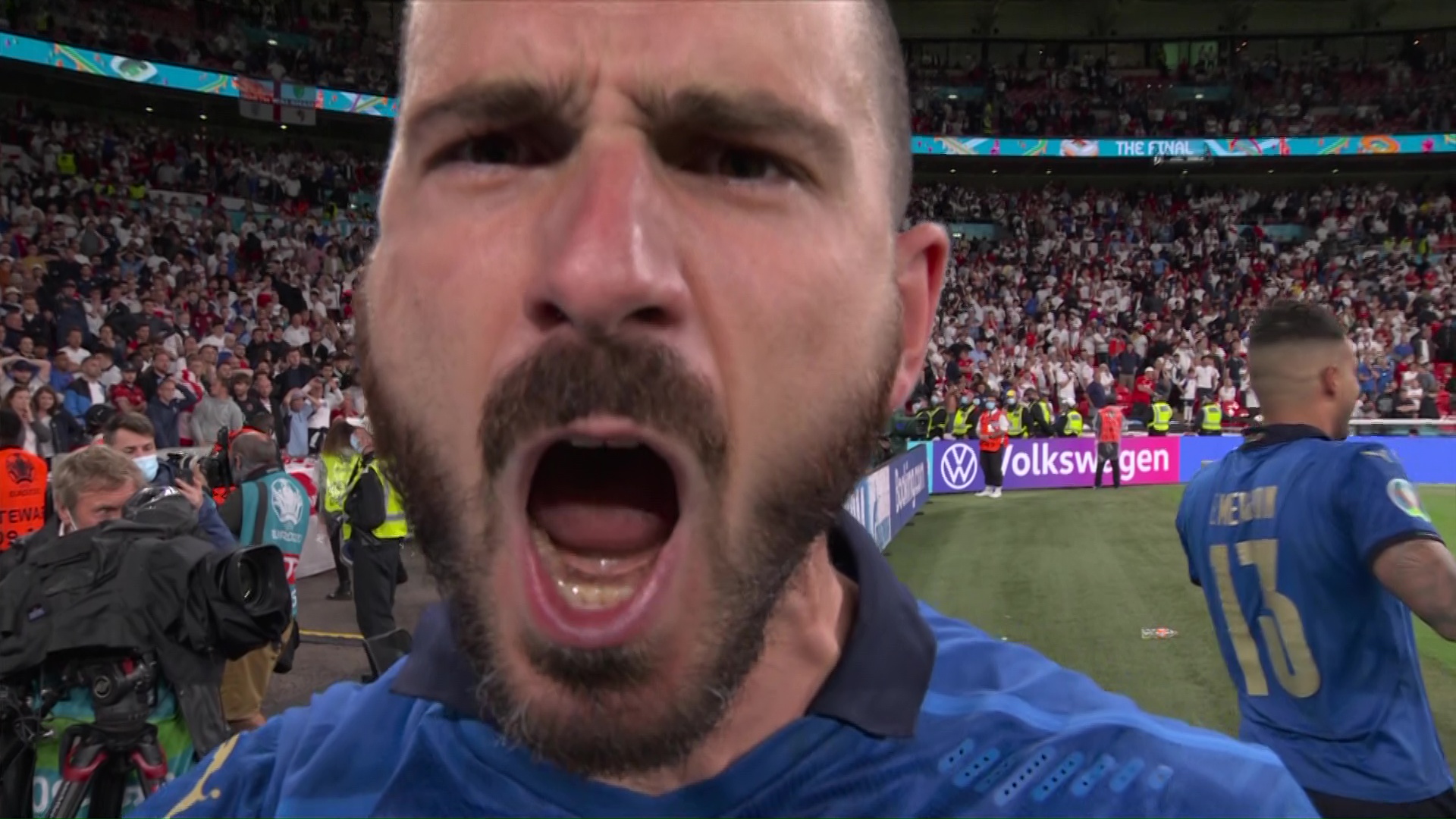 He then went on to celebrate with his international team-mates after winning the Azzurri’s second European title.

Bonucci’s comments are a response to England’s ‘it’s coming home’ chant, sung every time the Three Lions do well at a major tournament.

Rome is the Italian capital, with England fans previously chanting ‘it’s coming Rome’ when they played Ukraine in the quarter-final.

Bonucci, who was part of the team that lost the Euro 2012 final to Spain nine years ago, had an evening to remember as Italy were victorious.

England’s shootout defeat was a cruel end to a memorable tournament, continuing their 55-year wait for a major trophy.

Gareth Southgate’s controversial decision to introduce Marcus Rashford and Jadon Sancho to take a penalty backfired when BOTH players missed.

Bukayo Saka then missed the crucial kick as England cruelly fell at the final hurdle.

The England manager, who missed the deciding penalty in the Euro ’96 semi-final against Germany, was left to console his heroes.

Bonucci, meanwhile, got to lift the Henri Delaunay Trophy – the 14th major honour of his illustrious career.

One England player did get his hands on silverware, with Jordan Pickford winning the Golden Glove after keeping five clean sheets.