GEORGE RUSSELL was one of the first on the scene after Zhou Guanyu’s horror crash at the start of the British Grand Prix.

And footage has now emerged of the Brit frantically calling over for assistance as he stood next to Guanyu’s overturned car.

George Russell called over for medical help after rushing to Zhou GuanyuCredit: @nnicolef1 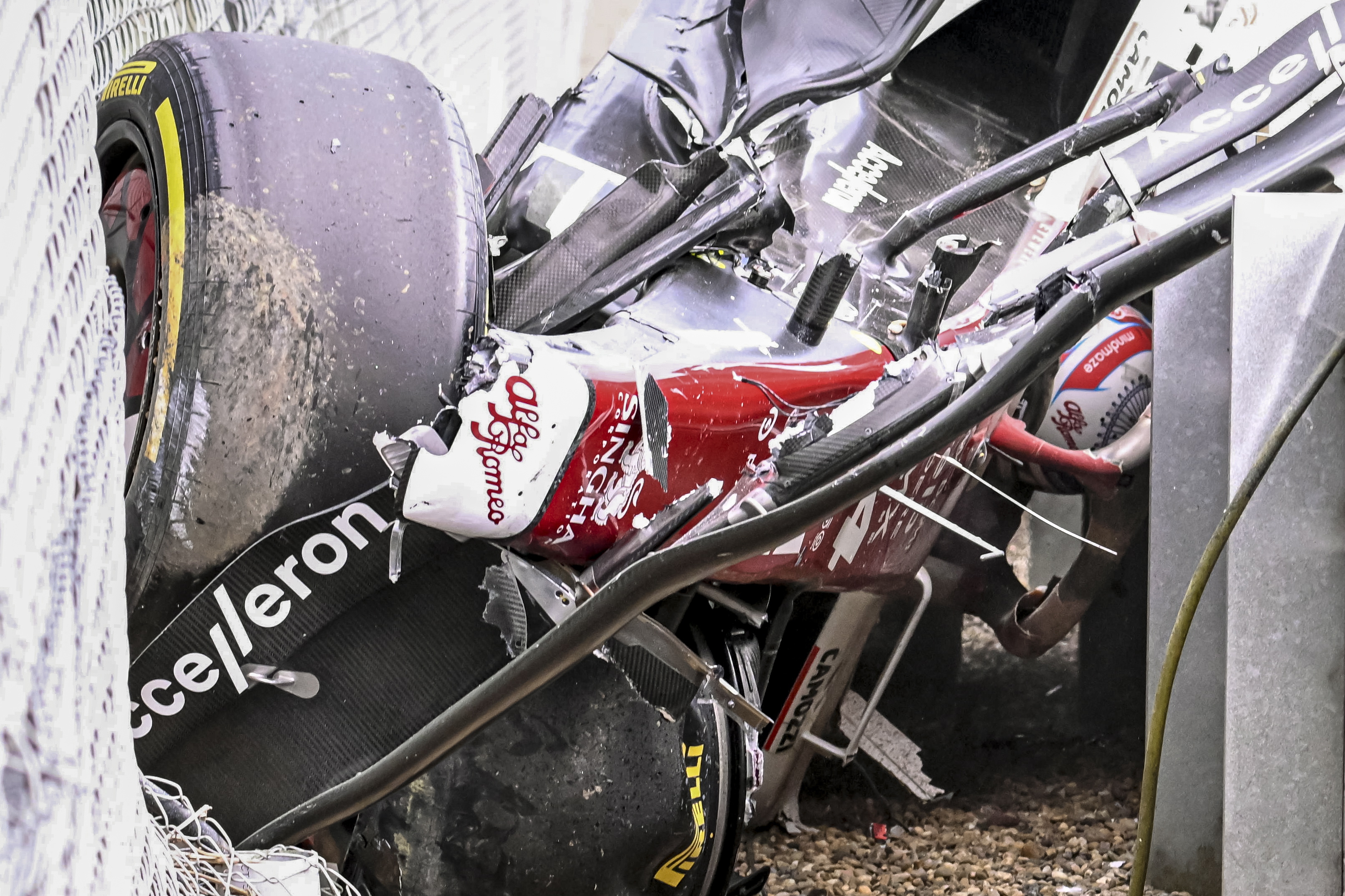 Guanyu was trapped between a fence and a tyre wall following his crashCredit: EPA 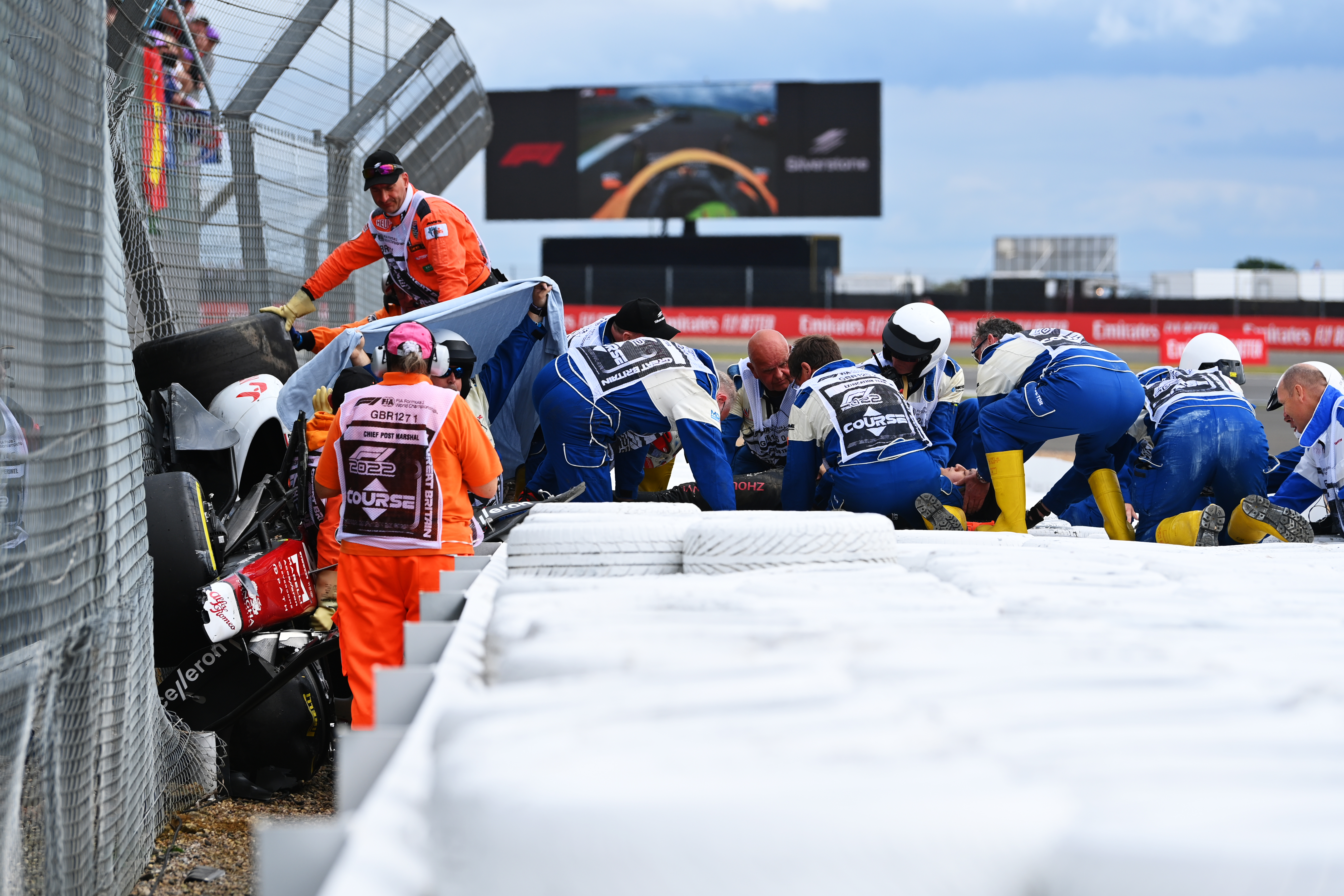 Medics were able to retrieve Guanyu without the driver suffering injuryCredit: Getty 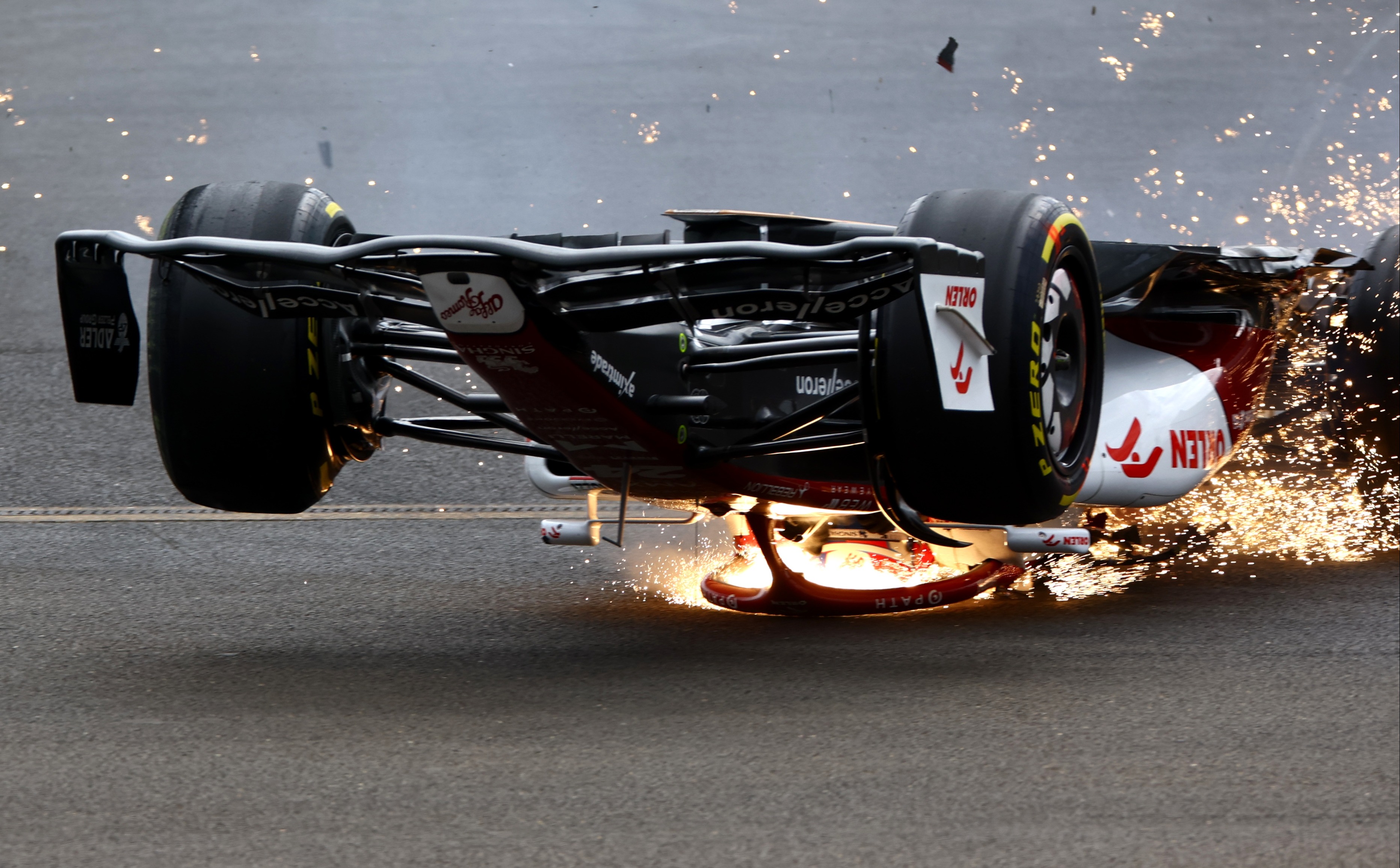 The Alfa Romeo driver flipped before skidding off the track in dramatic fashionCredit: Getty

The Alfa-Romeo flipped into the air before skidding off track upside down – with Guanyu’s life saved by the Halo.

But his car ended up wedged in between a fence and a tyre wall, which meant Russell and the two marshals first on scene could do little to help.

The Mercedes star was able to call over others to help Guanyu with the marshals giving a thumbs up to confirm the Chinese driver was conscious.

Russell was also involved in the incident that caused crazy crash and he too was forced off track. 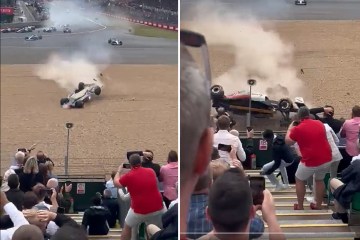 But rather than attempt to reach the pit lane following the red flag, Russell immediately jumped out of his cockpit and sprinted over to Guanyu.

Neither Russell nor Guanyu suffered major injury, with the latter inspected at the medical centre.

Williams’ Alex Albon, who was involved in a secondary crash after lights out, was transported to hospital via helicopter after colliding with Sebastien Vettel and a cement wall.

While the dramatic British Grand Prix continued, Russell tweeted: “First of all, the most important thing is that Zhou is ok.

“That was a scary incident and all credit to the marshals and medical team for their quick response.

“Obviously gutted to end the race this way and I’m sorry for the team and the fans. Cheering LH [Lewis Hamilton] on from the garage.”

Guanyu also took to social media after the crash to confirm he was okay.

He shared a photo and added a caption which reads: “I’m ok, all clear. Halo saved me today. Thanks everyone for your kind messages!”

He later tweeted: “Hi everyone! Thank you all for the kind messages.

“I want to thank the marshals and the medical team at Silverstone, they were really fantastic. I’m keener than ever to get back on track, see you guys in Austria!”