ARSENAL fans were left frustrated by the referee’s decision not to send Harry Kane off in the north London derby.

The 27-year-old made a very strong challenge on Gabriel during Tottenham’s 2-1 loss.

Harry Kane is a top player in terms of ability but can’t say the same about his sportsmanship. You rarely find players this good and yet so dirty in their conduct on field.

He maybe the England captain but shouldn’t be an idol for the youngsters.pic.twitter.com/lSdU9xJIxo 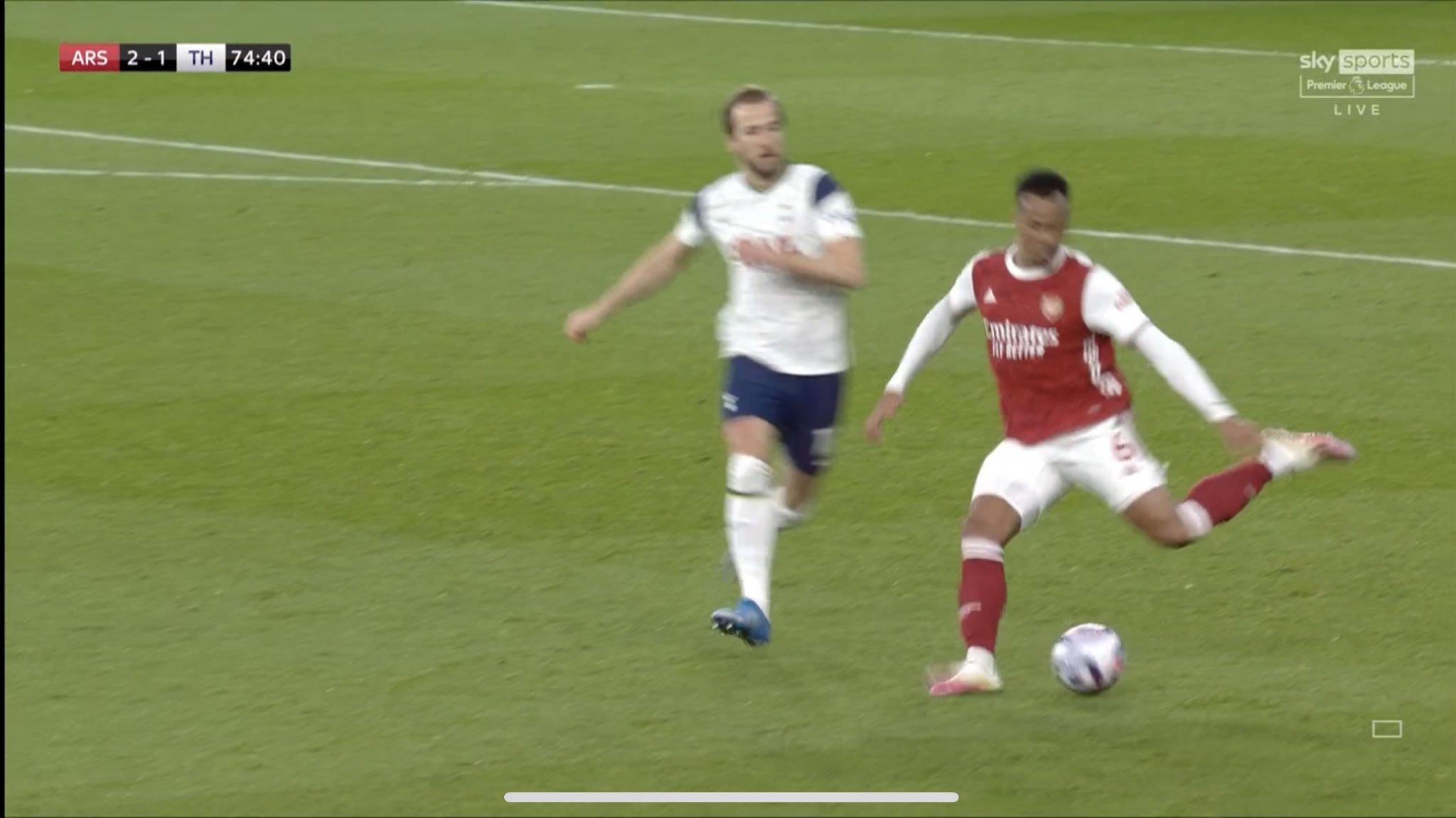 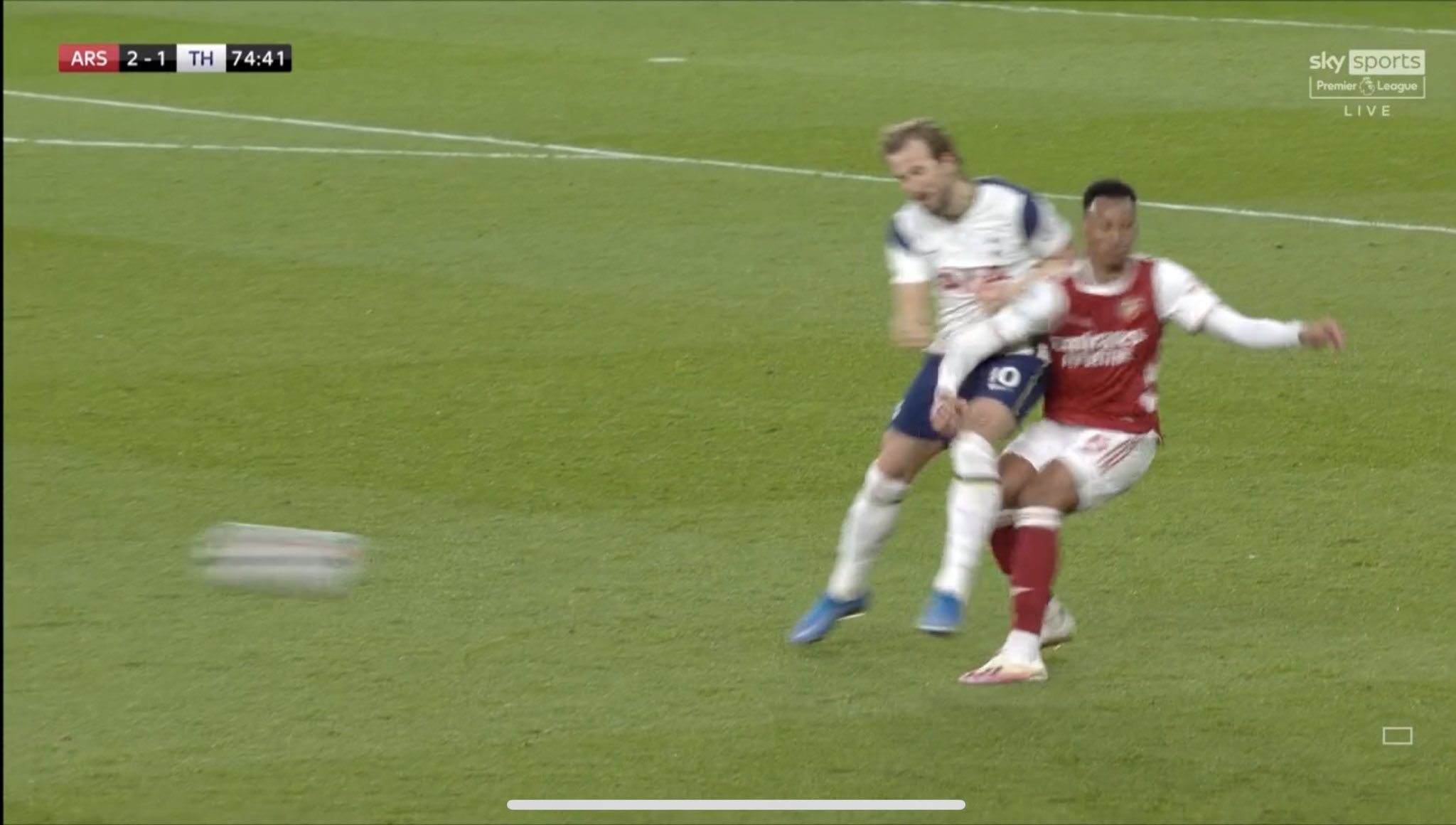 He makes contact with the defender, 23, after the ball has been played 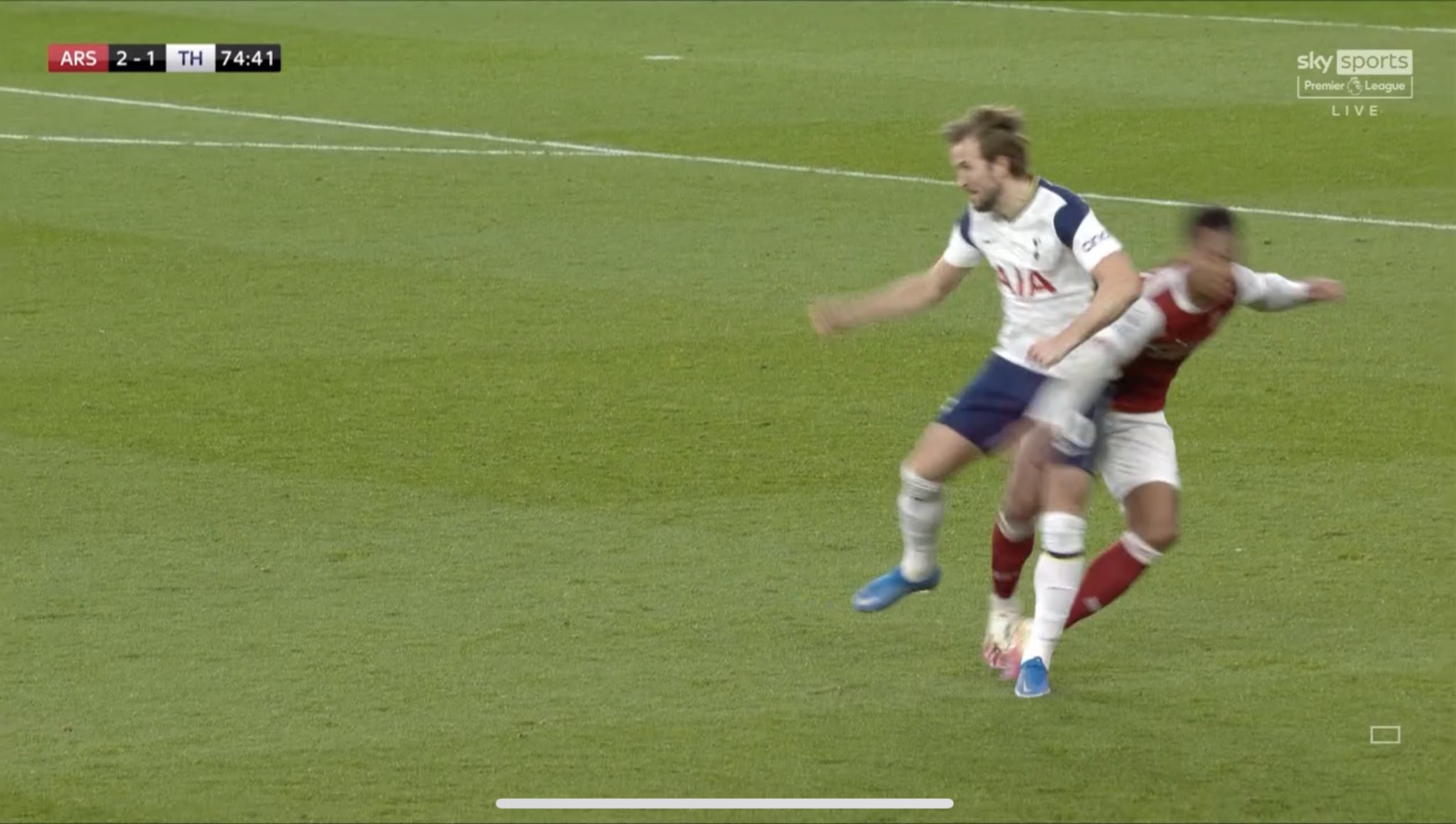 As the Arsenal defender cleared the ball from danger, Kane made a late challenge.

The England captain was nowhere near the ball as he clattered into the 23-year-old.

Gabriel did not appear to pick up an injury and completed the 90 minutes.

Referee Michael Oliver did not punish Kane for the challenge and VAR did not call it back to check it.

Arsenal fans were frustrated with the lack of punishment, with one calling Oliver’s decision a ‘disgrace’ on Twitter.

Another tweeted: “Harry Kane is such a dirty player and has always been.”

It’s not the first time the Tottenham striker has risked injuring Gabriel.

In the reverse fixture in December, Kane backed into the Brazilian while he was heading the ball – a cynical move that could cause a serious neck or head injury.

VAR should look at that

Kane is so protected, what he did to Gabriel was far worse than Lamela and he receives no punishment at all. He gets away with so much dirty play it’s a joke

Although the Englishman didn’t receive a red, Erik Lamela did – after scroing a stunning rabona – as Arsenal secured the bragging rights.

Martin Odegaard scored just before half-time before Alexandre Lacazette won the game with a second half penalty.

Before the game, former Gunners boss Arsene Wenger joked Kane made the wrong decision when he chose Tottenham over Arsenal as a youngster.