ARSENAL Fan TV’s Ty has been filmed furiously trying to snatch a phone out of a fan’s hand.

A supporter can be seen asking Ty for a picture at the Emirates, and as Ty poses next to him he shouts: “f*** Arsenal TV!” 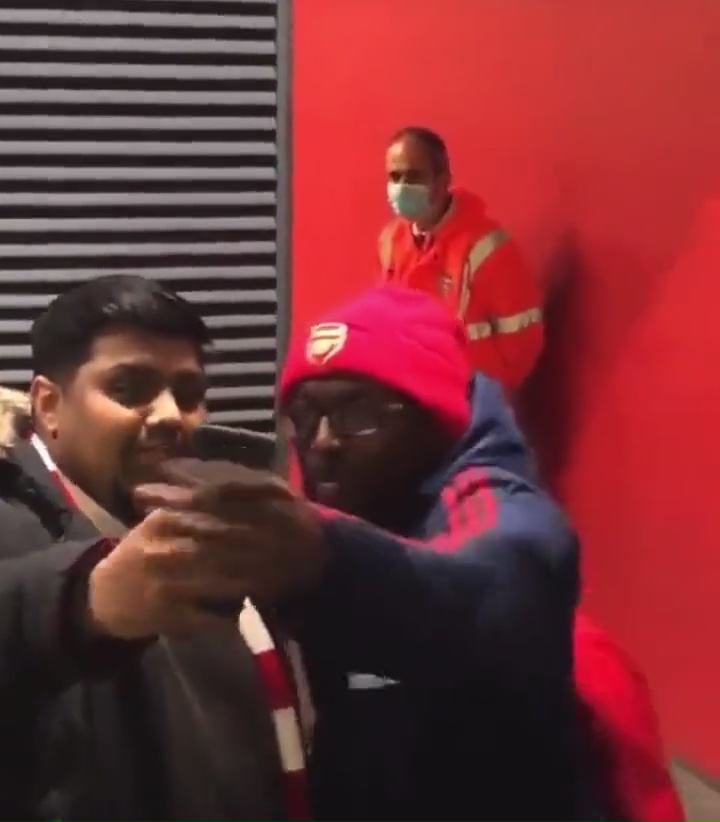 But quickly tries to snatch the phone after the commentCredit: Twitter / @SmartArsenalFan 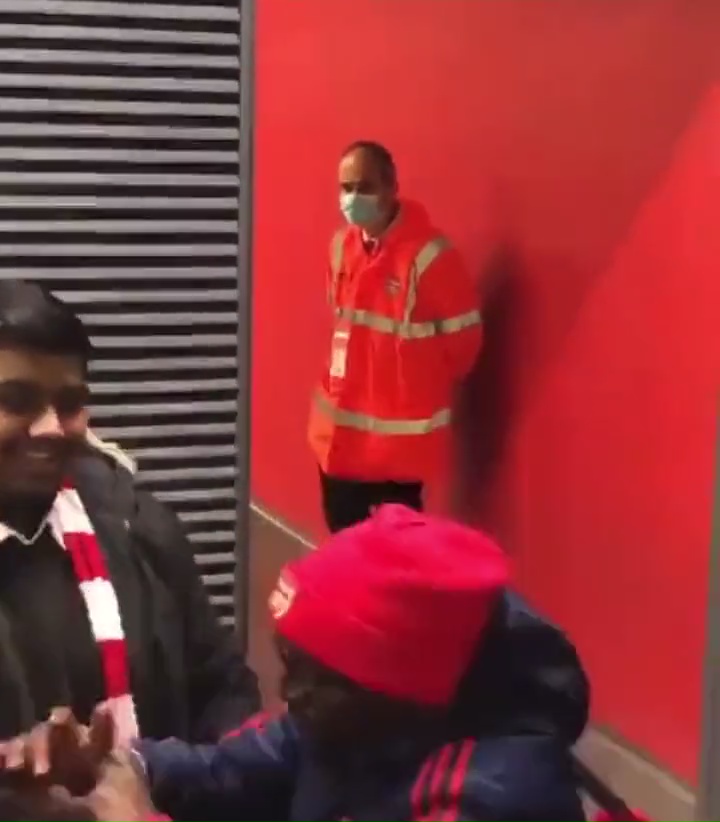 He can’t force the phone out of the supporter’s handsCredit: Twitter / @SmartArsenalFan 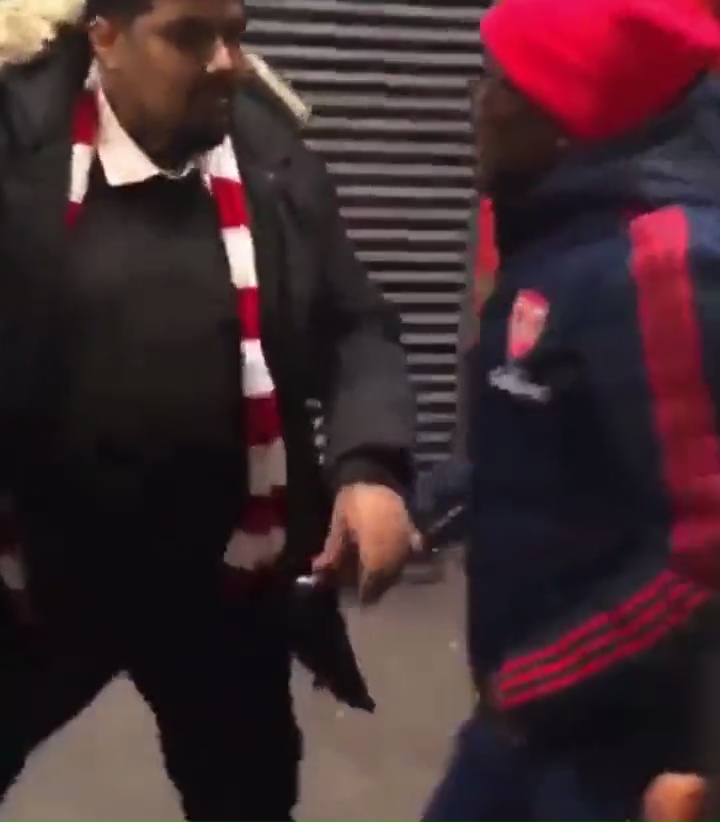 The video shows a furious Ty replying: “f*** you” before trying to grab the phone out of the Arsenal supporter’s hand.

A livid Ty doesn’t manage to grip the phone, as people surrounding him can be heard saying “Ty leave him” and “Ty calm down mate.”

“Why are you saying that? You don’t have to do that.”

The fan then approaches Ty and puts a hand on him, to which he fumes: “Don’t touch me.”

The YouTube channel – officially known as AFTV – has divided opinion amongst the Gunners’ fanbase.

A number of their videos have gone viral, with over ONE BILLION page views in total.

And they also boast 1.4million subscribers.

But according to their ‘popular uploads’ tab, many of their most watched videos are clips of contributors complaining after a defeat.

Gunners fans have previously been filmed loudly protesting against the controversial channel, with chants at the Hawthorns earlier this season.

Arsenal’s away supporters chanted ‘Arsenal Fan TV, get out of our club’ at the end of their League Cup victory against West Brom in August.

And Arsenal legend Ray Parlour labelled the channel ’embarrassing’ in a heated row with AFTV host Robbie Lyle on talkSPORT in April.

Arsenal supporters chant ‘Arsenal Fan TV, get out of our club’ after win at West Brom as they turn on YouTube channel